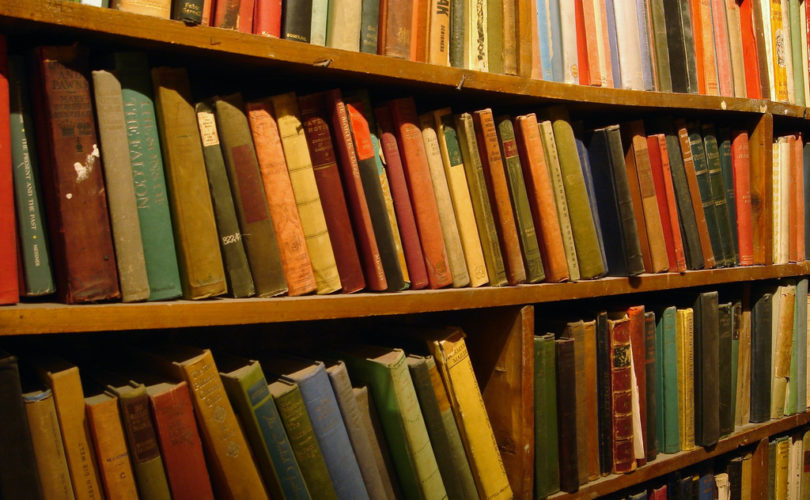 HAMILTON, Ontario, October 29, 2019 (LifeSiteNews) — The diocese of Hamilton, Ontario, is refusing to explain why a summer reading guide for youth ministers included books by notorious Catholic dissenters who advocate for, among other things, the ordination of women as “priests” and the normalization of homosexuality within the Catholic Church.

“We have no comment,” Msgr. Kroetsch told LifeSiteNews when asked if Bishop Douglas Crosby approved the recommendations.

The list for youth ministers, who oversee the faith formation of Catholics ages 11 to 17, includes Fr. Richard McBrien’s The Church: The Evolution of Catholicism, Fr. James Martin’s My Life With the Saints, Susan Sink’s Art in the Saint John’s Bible, Scott Kline’s The Ethical Being: A Catholic Guide to Contemporary Issues, and Fr. Ron Rolheiser’s The Holy Longing: The Search for Christian Spirituality.

The preeminent dissenter of these is the late McBrien, the one-time Crowley-O’Brien Professor of Theology at the University of Notre Dame who brazenly supported the ordination of women as “priests,” the repeal of mandatory priestly celibacy, and the acceptance of contraception, as noted in his 2015 New York Times obituary.

McBrien also infamously opined that “if” Jesus had married, “it’s only a short putt to Mary Magdalene” as his likely spouse, as quoted by Ronald J. Rychlak in a 2005 summary of McBrien’s oeuvre on CatholicCulture.org.

A media favorite and consultant for 2006 anti-Catholic film The DaVinci Code, McBrien was adroit at appearing solid enough in the faith to have “cover when he wants to deny that he departs in any way from Catholic teaching,” Rychlak wrote. That suggests McBrien’s work holds particular dangers for young people.

Moreover, after McBrien published the first edition of his major work, Catholicism, in 1981, “(a)lmost immediately the doctrinal committee of the National Conference of Catholic Bishops pointed out serious problems with it and asked McBrien to make revisions. The third edition was released in 1994 — still without an imprimatur,” noted Rychlak.

The Vatican Secretariat for Doctrine and Pastoral Practices announced after two years’ study that Catholicism was “inaccurate or misleading in describing Church teachings on the virgin birth, the ordination of women, and other issues,” he added. McBrien not only “failed to remove the previously noted ambiguities from the previous editions, but he had introduced new ones.”

Fr. Martin, SJ, also recommended for Hamilton’s youth ministers, is an LGBTQ advocate who consistently omits mention that the Catechism of the Catholic Church teaches that homosexual activity is intrinsically disordered and that same-sex attraction itself is an objective disorder.

The celebrity priest and editor-at-large for liberal-leaning Jesuit America Magazine recently questioned the Bible’s condemnation of homosexuality, earning him a rebuke from a U.S. bishop and a cardinal, and floated the canard that recently canonized Cardinal John Henry Newman was “gay.”

Martin also defended the annual retreat for “gay” priests held by New Ways Ministry, a dissident group long condemned by the United States Conference of Catholic Bishops, then accused LifeSiteNews of “homophobia at its most malign” for publishing an article describing the retreat as “a portal of hell.”

As for others, Sink is an American writer and poet and author of the 2012 book Habits, about the Benedictine nuns of St. Joseph’s, Minnesota. Sink advocates priestesses, describing in a 2011 blog post attending a “Mass presided over by a Roman Catholic woman priest.” These women were “ordained as priests by male bishops or by women priests who were ordained by male bishops or, increasingly, women bishops” but are “not recognized by the Roman Catholic Church,” asserts Sink.

“A few years ago, there was even a pronouncement that the act of being a woman ordained automatically excommunicates both the woman and whoever ordains her,” she adds.

Kline’s The Ethical Being: A Catholic Guide to Contemporary Issues, drew this response on Amazon: “Threw this book in the trash after reading what it had to say about sexual issues. The opinion was not Catholic and not interesting.” Interim president and vice chancellor of St. Jerome’s University, Waterloo, Kline talks about his relationship with known dissenter, ex-priest and homosexual Gregory Baum in a 2017 Faith Works video, describing how he sought to study under Baum at McGill.

Fr. Rolheiser espoused doctrinally incorrect views on hell in a May 9, 2019 column, stating “many of our great saints” believed “the final triumph of God’s love will be when Lucifer himself converts, returns to heaven, and hell is finally empty. Fanciful? No.”

‘A load of garbage’: homeschooling mom

Adèle Darnowski, who grew up in Ontario, gave the list a scathing critique.

“I am a mother of 10 homeschooled children, and this list of summer reading books is precisely why I stay away from most everything diocesan and keep my children away too!” she told LifeSiteNews in an email.

“It’s also the reason that I stay away from Catholic Youth Ministry in general. What a load of garbage! The people who compiled this reading list and their superiors should be immediately removed from their positions. They are endangering young souls, and very likely purposely. Hell is real! It’s real easy to get there,” Darnowski said.

“I could see someone letting one heretical author through unknowingly,  but almost the entire list is comprised of bad, bad people, with super bad agendas!”

That’s echoed by her husband, Douglas, a biology professor.

“My opinion, put bluntly since I am a American by birth, and, even worse, a New Yorker: the person who has come up with this list is either 1) really dumb, perhaps willfully, perhaps from the modern desire to just go along with everyone to get along with everyone, a false gospel, or 2) a phony Catholic who has a real goal to undermine and destroy, since that list of authors will do exactly that, undermine and destroy,” he said.

“Fr. Martin, whose book is on the list, has just called Holy Scripture wrong on homosexuality, or rather he has done so in a dishonest way by just saying enough so that everyone understands what he means. He then leaves just enough doubt so that the people in category 1) above will say ‘Oh, wait, but maybe what meant was … ' in the usual whiny effeminate voice,” added Darnowski père.

“Please God, someone in Hamilton (the bishop maybe?) will have the honesty and decency to slap this list of trash to the curb. We can always dream.”