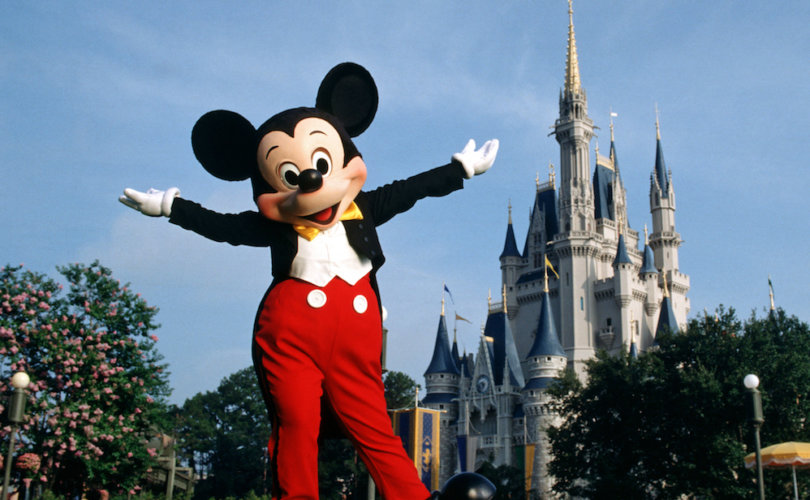 ATLANTA, Georgia, March 30, 2016 (LifeSiteNews) — Georgia Gov. Nathan Deal’s high-profile veto of a commonsense religious freedom bill this week came after an overwhelming pressure campaign by some of the world’s biggest corporations. You could say it was unprecedented if the same scene hadn’t already played out in Indiana last year.

All fighting against the religious freedom of natural marriage advocates.

Four hundred companies threatened the state of Georgia with “taking our business elsewhere” if Gov. Deal signed the bill into law.

And they got what they economically coerced the governor to do.  Gov. Deal, after saying he was in no way bowing to pressure, vetoed the legislation, which sought to protect pastors and church organizations from discrimination over beliefs about natural marriage.

Georgia legislators passed the Georgia Religious Freedom Act, which would allow pastors to refuse to perform same-sex “marriage” ceremonies, and would allow religious-based groups to make hiring and retention decisions based upon religious convictions.

Proponents of the bill say they have a right to sincerely held moral beliefs.  Critics call the bill a “license to discriminate.”

Disney and Marvel Entertainment threatened to film elsewhere.  Atlanta is a major “on location” filming site for Hollywood, with at least 248 film and television productions shot in Georgia last year alone, pumping $1.7 billion into the state's economy.

Human Rights Campaign President Chad Griffin issued a statement calling for a boycott of Georgia over the religious freedom bill.  “We urge…studios, major corporations, and fair-minded Georgians to continue speaking out and urging Gov. Deal to veto this heinous piece of legislation.”

The National Football League even threatened to withhold consideration of Atlanta for a Super Bowl.

Attorney Jane Robbins, Senior Fellow with the American Principles Project, commented on the economic threats to Georgia.  “Good people are trying to live their lives according to their faith.  Are we really going to subordinate religious freedom to the love of money?”

Pastor Garland Hunt of the Fellowship of International Churches told LifeSiteNews, “There is no plausible reason for the governor to not have enthusiastically signed Georgia’s Religious Freedom Act.”

Macon's Berean Baptist Church pastor Joe Bowker told LifeSiteNews of the legislation, “in no way is it discriminatory,” because “disagreement is not discrimination.”

Of the many major corporations threatening boycott, Robbins commented, “Ironically, these same corporations have expressed no reservations about making money in countries that put homosexuals to death.”

Many of the same corporations which pressured Georgia’s governor also pressured Indiana Gov. Mike Pence into abandoning a Religious Freedom Restoration Act last year — even though the law was similar to the federal version backed by the ACLU in 1993.

A strong majority of citizens supported the Georgia bill, but it seems, in the land of the free, Big Business still gets what Big Business wants.

Twisting the knife, Gov. Deal not only caved to corporate pressure, but he blamed religious conservatives while vetoing the bill, saying his state will not bow to their pressure.

The National Review’s David French put it, “When Disney says ‘Jump,’ Georgia governor Nathan Deal doesn’t just ask ‘How high?,’ he insults anyone who asks him to stand his ground.”

The result of this trend of corporate bullying is that increasingly, the isolated lawsuits by gay advocates against individual bakers and other Christian business owners are becoming enshrined into law.