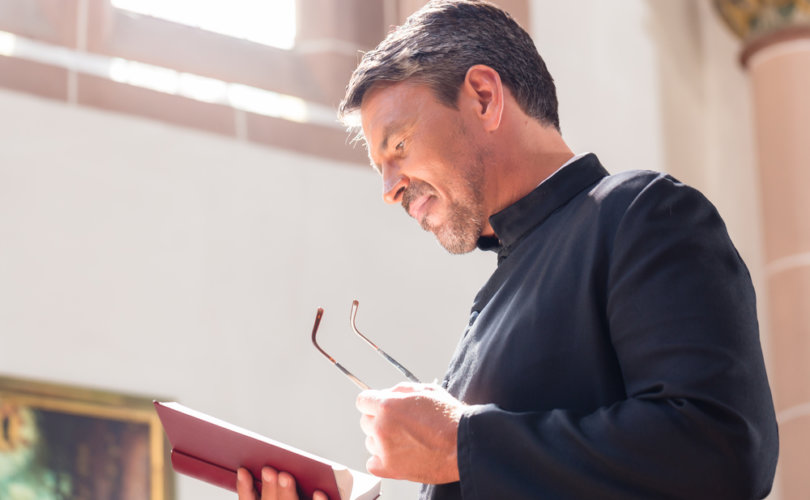 October 10, 2016 (HLI) — I have traveled to over 60 countries in the nearly six years since I joined the Human Life International family. Based on feedback I’ve received from several dozen conferences and hundreds of parish talks I’ve given, I estimate that around 90% have never heard a homily on the evil of contraception—much less a word about its abortifacient effects—and nothing about the violent crime of abortion.

My recent mission trip to Ireland only reinforced this reality. Nearly every person I spoke with during our conferences told me that they never hear about these subjects from their bishops and priests. We receive little to no guidance, and they wonder why families are breaking apart and children are losing the faith.

I believe the primary threat affecting the sacred institution of holy matrimony and eroding respect for human life is the evil of contraception and the mentality that follows from its acceptance. Contraception is a direct attack on God’s plan for marital life. It is a cancer!

Contraception rejects the dignity of human sexuality and its proper role within marital life. The silence or ambiguity from those entrusted with teaching the faithful – accompanying them along the narrow path – is an act of scandalous neglect and indifference towards the people of God. Worse are those who through dissent purposefully mislead the faithful into believing contraception is a viable option.

Our Lord tells us to judge things by their fruit. What do we see? An honest assessment of any population that has embraced contraception cannot ignore the undeniable consequence – low birthrates and unhealthy family life. We have abortion, divorce, legal same-sex unions, cohabitation, family breakdown, and perverse sex-education programs for children, child abuse, sex trafficking, pornography, immodesty, and promiscuity. Father Paul Marx called this the great “sex mess.” Of course, these are all symptoms of a core problem – dissent from the truth about the human person and the gift of sexuality. This cancer destroying our families will continue its destruction until we eradicate it.

One of HLI’s key strategies is working with seminarians, priests, and bishops to promote the whole pro-life message and assist them in integrating it into every aspect of pastoral care. Sadly, I have witnessed far too often the disconnection between pastoral care and the Gospel of Life. Any attempt to form our spiritual leaders that does not completely integrate Catholic teaching on sexual morality and holy matrimony is an exercise in futility. Our founder, Father Paul Marx, states it quite poignantly:

While we need a variety of pro-life groups hacking away at the anti-life monster, it is enormously futile and indeed grossly shortsighted to overlook the chief source of baby killing, which is contraception.

It was not so long ago that Christians worldwide held common ground on the issue of contraception and the primary role of sexual intimacy between husband and wife.

We utter an emphatic warning against the use of unnatural means for the avoidance of conception, together with the grave dangers—physical, moral, and religious—thereby incurred, and against the evils with which the extension of such use threatens the race. In opposition to the teaching, which under the name of science and religion encourages married people in the deliberate cultivation of sexual union as an end in itself, we steadfastly uphold what must always be regarded as the governing considerations of Christian marriage. One is the primary purpose for which marriage exists – namely the continuation of the race through the gift and heritage of children; the other is the paramount importance in married life of deliberate and thoughtful self-control. We desire solemnly to commend what we have said to Christian people and to all who will hear. (Anglican Communion, Lambeth Conference, 1920)

Yet, even as truth about matrimony and its openness to life was being proclaimed, we were already beginning to see the rise in threats. In 1916, four years after the first London Eugenics Conference, Margaret Sanger founded the Birth Control League, which later became Planned Parenthood. In 1921, Marie Stopes founded the first birth control clinic in Great Britain. Both women were the primary influences behind the wedding of eugenics and the development of contraceptive technology, which inevitably evolved into the population control movement—a movement which, contrary to what many have said, continues its assault on the weak and marginalized to this day.

By the time of the Anglican Communion’s 1930 Lambeth Conference, the culture had been seeded with dissent and disregard for the purpose of marriage and human sexuality. The Conference rejected its own biblical theology on marriage and formulated a “new” teaching permitting the use of contraception for married couples. Though resolution 15 attempted to uphold the teaching of 1920 by stating that the primary and obvious method of limiting or avoiding parenthood was abstinence from the marital act, it would give permission for contraception to be used by married couples.

We know how that turned out.

Pope Pius XI on December 31, 1930 made the Catholic Church’s response to this flagrant threat and radical rejection of centuries of Christian teaching perfectly clear:

But no reason, however grave, may be put forward by which anything intrinsically against nature may become conformable to nature and morally good. Since, therefore, the conjugal act is destined primarily by nature for the begetting of children, those who in exercising it deliberately frustrate its natural power and purpose sin against nature and commit a deed, which is shameful and intrinsically vicious. (Casti Connubii, n. 54)

Since, therefore, openly departing from the uninterrupted Christian tradition some recently have judged it possible solemnly to declare another doctrine regarding this question, the Catholic Church, to whom God has entrusted the defense of the integrity and purity of morals, standing erect in the midst of the moral ruin which surrounds her, in order that she may preserve the chastity of the nuptial union from being defiled by this foul stain, raises her voice in token of her divine ambassadorship and through Our mouth proclaims anew: any use whatsoever of matrimony exercised in such a way that the act is deliberately frustrated in its natural power to generate life is an offence against the law of God and of nature, and those who indulge in such are branded with the guilt of a grave sin. (n. 56)

Becoming “one flesh” implies self-giving, without reservation or exception, just as Christ withheld nothing of Himself from His bride, the Church, by dying for her on the cross. Any intentional interruption with the procreative nature of conjugal intercourse involves spouses selfishly withholding themselves from each other and from God, who is their partner in sacramental love. As Blessed Pope Paul VI explained, “The Church…teaches that each and every marital act must of necessity retain its intrinsic relationship to the procreation of human life.” (Humane Vitae, n. 12)

Ultimately, the teaching authority is vested in the college of bishops under the headship of the Roman Pontiff, the “center of unity and head of the whole episcopate,” the successor of the Apostle Peter entrusted with the care of souls. (Lumen Gentium, n. 22) When the bishops teach on matters of faith and morals in their apostolic role, they speak in the name of the Christ, and the faithful, on their part, are to accept their teaching and adhere to it with religious assent.

In his role as bishop of Rome, the Supreme Pontiff, Blessed Paul VI, in defiance to popular opinion – secular and ecclesial – reaffirmed Church teaching in his landmark encyclical, Humane Vitae and warned us of what would arise if Church teaching on the regulation of births were ignored. (See n. 17)

Pope Saint John Paul II gave us Familiaris Consortio and Evangelium Vitae, which reiterated Church teaching on matters of matrimony, family, and life. He was undaunted in his role as Peter, teacher, and guardian of sacred doctrine. He stated that contraception and abortion are fruits of the same tree. “The pro-abortion culture is especially strong precisely where the Church’s teaching on contraception is rejected.” (Evangelium Vitae, n. 13)

The teaching authority is an incredible gift and responsibility. When exercised with courage and clarity, it can liberate and unite people in truth. When exercised weakly and ambiguously, confusion is created, causing tremendous and potentially irreparable damage to the faithful. The longer this happens, the more the Faith appears to be a matter of opinion; and the concept of absolute truth is abandoned.

The current presidential race provides yet another example. Candidates claiming to be Catholic expound dissent on the subject of contraception, abortion, euthanasia, and homosexuality yet no one in leadership calls them to task or publically corrects their statements or positions, thus, giving the impression what they expound is acceptable and permissible.

We cannot afford to continue to ignore the cancer of contraception and the fruit its bears. Our families, children, and our future are on the line!