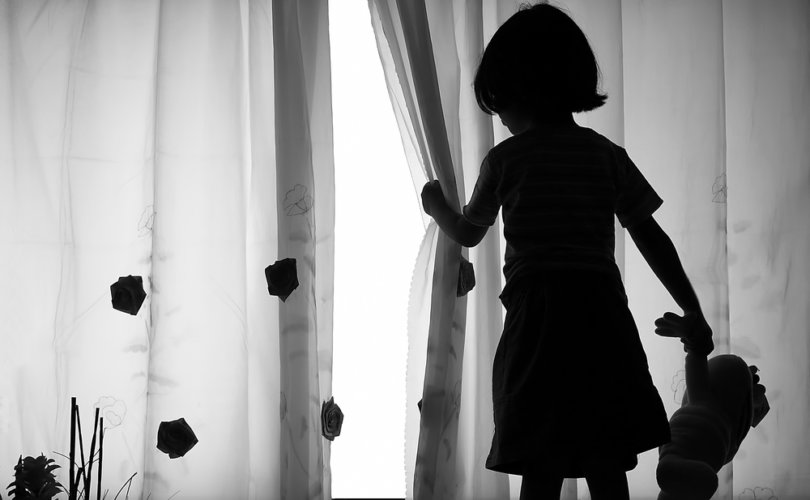 May 5, 2016 (LifeSiteNews) – The recent 2016 study of suicide risk from the Centers for Disease Control and Prevention presents troubling data in regard to the 24% increase in suicides in the United States over the 15-year period between 1999 and 2014.  Of particular concern was the finding of the tripling of the suicide rate for females 10-14.  Unfortunately, the CDC does not have data on what percentage of these girls were children of divorce, were born of single mothers or grew up without fathers because such data are not politically correct in a culture that posits that all family structures are the same.

Many well-designed research studies have disproven this belief.  For example, research on the children of divorce provide overwhelming evidence to disprove the myth that divorce does not harm children.  In fact, the divorce epidemic has contributed to the serious and growing psychopathology in American youth. One example is the first major study of American adolescent psychopathology published in 2010 (Merikangas et al.): 49 percent of the 10,000 teenagers studied met the criteria for one psychiatric disorder and 40 percent met the criteria for two disorders.

Research by Penn State sociologist Paul Amato (2005) on the long-term damage to children from divorce demonstrated that, if the United States enjoyed the same level of family stability as it did in 1960, the nation would have 70,000 fewer suicide attempts in youth every year, about 600,000 fewer kids receiving therapy and 500,000 fewer acts of teenage delinquency.  He wrote that turning back the family-stability clock just a few decades could significantly improve the lives of many children.

Another study in 2011 demonstrated the suicide risk in those whose parents divorced before they were 18.   This research with 6,647 adults revealed that 695 participants had experienced parental divorce before the age of eighteen and that the men from divorced families had more than three times the increased risk of suicidal ideation in comparison to men whose parents had not divorced (Fuller-Thomson, E. & Dalton, A.D., 2011). Adult daughters of divorce had an 83 percent higher risk of suicidal ideation than their female peers who had not experienced parental divorce.

The million youth per year traumatized by the divorce “plague” deserve more from all of us, as do those adults who have been its victims.  Numerous factors have contributed to the depression and marked rise of suicide in youth and adults in this culture.  These include the profound loneliness and hopelessness that can develop when a youth does not experience the love of a father and a mother and their love for each other and when an adult lacks spousal love; the epidemic of selfishness/narcissism leading young females and adults to be treated as sexual objects and not as persons; being born into and living in unstable cohabiting unions; the retreat from marriage; a materialistic mentality; the severe epidemic of substance abuse disorders, particularly heroin, and the absence of the Faith which can provide comfort and hope during difficulty emotional and financial crises.

It is understandable that many young females no longer believe in romance and dreams of a faithful, loving husband and home with the little children who will be born.  In view of this sad reality, a young girl could be tempted to think about why one should live if there is nothing to dream of, idealize and look forward to.

The writings of St. John Paul II on marriage, the family and sexuality, basically ignored at the Synod on the Family, provide clear, solid advice and encouragement to marriages, families and youth, particularly his Apostolic Exhortation, The Role of the Christian Family in the Modern World, that was written after the 1980 Synod on the Family.  This guide for Catholic families and the Church has been described as the Magna Carta of the Church’s understanding of marriage and family in our time (Aymans, W., 2015.  Eleven Cardinals Speak on Marriage and the Family.  San Francisco, Ignatius Press, p. vii).

In response to the serious consequences of divorce, at the very least we can attempt to be more loyal to youth and innocent, as well as confused, spouses and communicate St. John Paul II’s clear and luminous thinking about the sacrament of marriage in regard remaining faithful to the one’s marriage and children while attempting to resolve for at least several years the conflicts in each spouse that contribute to marital difficulties.

Unfortunately, in our forty years of experience with couples, the majority of those who initiate divorce have never faced their own inner emotional conflicts, especially sadness, that they unconsciously brought into the marriage from their family background or from their selfishness.  We might consider even being bolder and asking spouses who have separated or divorced to reconsider their commitment to their marriage and their children.  Growth in virtues and in graces from the sacramental bond can, in fact, lead to a rediscovery of trust and love for one’s spouse.

Rick Fitzgibbons, M.D., has contributed a chapter to a forthcoming book, Torn Asunder, on the severe psychological damage caused by divorce and steps that can be taken in the healing process and in divorce prevention.