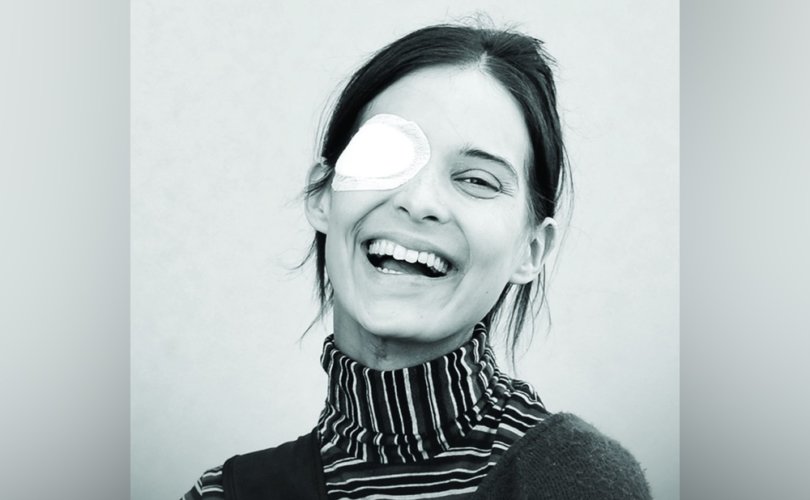 October 19, 2018 (LifeSiteNews) – Chesterton said: “It is the paradox of history that each generation is converted by the saint who contradicts it most.”

Thinking on this Chesterton quotation, it came as no surprise to learn that Chiara Corbella Petrillo is being considered for canonisation. To be more exact that her cause could be opened a mere six years after her untimely death on 13 June 2012.

Pause for a moment. Go check your email history for 13 June 2012. I did. There was little of note, a lot that was mundane – everyday communication dealing with the petty and the ordinary. And yet, on that day, a Christian witness of epic proportions had just ended.

Enrico and Chiara were married in September 2008.  Soon after Chiara became pregnant. The newlyweds were overjoyed. Their joy was to be short-lived, however. An ultrasound scan revealed the child was deformed. “Of course, you will abort?” the doctors asked. But as Chiara looked back at the image of the helpless child, she was determined to continue with the pregnancy. Even if the child were to live but a short time, she determined that child would live nonetheless.

Maria Grazia Letizia was born on 10 June 2009. She lived for 30 minutes, long enough to be baptised by a priest. Later Chiara was to write:

‘If I had aborted her, I do not think that I would have remembered the day of the abortion as a day of celebration …It would have been a moment that I would have tried to forget, a moment of great suffering. But the day of Maria’s birth I shall always recall as one of the most beautiful days of my life …The amount of time (as parents) does not matter: one month, two months, a few hours. What matters is that we have had this gift …and it is something that can never be forgotten.’

Maria Letizia’s funeral took place two days after her birth. On the small white coffin, her parents left a card with the following words:

We were content to hold you in our arms, for even half an hour, we were fine.

What is necessary is to know the Father…

And you were born ready, I do not know how to tell you how proud we are of you.

We accompanied you as far as we were able.

Now you shall know the Father…

Another pregnancy soon followed. This time scans showed that the child in the womb was missing one leg and had a stump for another; further scans showed the child had no kidneys and so, as a consequence, the lungs would not develop; the baby would have trouble breathing. The prognosis for survival was poor. Once more there was discussion with medical staff about whether to proceed with the pregnancy. Medical staff discussed with Enrico and Chiara whether to end the life of their child while on the screen in front of them a child kicked and pushed for life.

A baby is not a lifestyle choice for any couple but a gift from God. And so, for this Catholic couple the pregnancy continued until eventually Davide Giovanni was born.

Immediately upon entering into this world, the child was embraced by his mother as she tenderly whispered: ‘My son, my love’. Like his sister, the child was baptised at once by a waiting priest. Then Enrico placed a small wooden cross around his newborn son’s neck. Thirty minutes later, just as with his sister before him, silent now, Davide was carried by his father to the hospital mortuary.

But the couple could no more block the wellsprings of life than stop loving each other. Another pregnancy soon followed. As this child grew in Chiara’s womb something else was growing in her body though. A tumour had been discovered on her tongue. Soon it would spread to the neck and to her eyes. Various treatments were proposed. Chiara refused any that could endanger the life of her unborn child, preferring to put them off until after the birth.

Eventually, another child, Francesco, came into the world. His parents were beside themselves with happiness. He was also a healthy child.

For a short time after the birth, the couple, with their newborn baby, enjoyed something close to a ‘normal’ family life, something they both craved. They relished every minute of having a child in their home, being with other mothers and fathers, having their first excursions as a family, even the sleepless nights. It was a precious time; it proved to be borrowed time.  Chiara did not know then that just as she had ushered new life into the world, her own was slowly beginning to ebb away.

The tumour proved malignant. There was little that could be done. After some time in hospital, it became clear that no treatment was ever going to work. Finally, medical staff took Enrico aside to explain to him of how bad the situation really was. Now it was for Enrico to go and explain this to his 28-year-old wife, the woman with whom he had expected to grow old, the woman whom he hoped would rejoice alongside him with their children, and one day their grandchildren.

Finally Enrico was able to compose himself. Finding his wife, and then gently taking Chiara by the hand, he led her to the hospital’s chapel. It was there before the Blessed Sacrament that he explained matters to her.

After some time, they embraced each other. Then the young couple once more repeated their marriage vows. Chiara made her husband promise not to tell her how long she had left; she wanted to live in the present moment with her husband and beloved child.

It was the Wednesday of Holy Week.

As in the best love stories, theirs was a chance meeting. It took place in the summer of 2002. Both were visiting a Marian shrine although they had travelled there separately, Enrico with his then girlfriend. The latter had quickly departed the scene, though, and so Enrico Petrillo found himself sitting alone in the dining room of his hotel when a young woman entered. When his eyes fell upon Chiara for the first time he thought she was the most beautiful woman he had ever seen. There was only one free seat in the whole dining room. And so their eyes met as she walked across the room.

In this world, she had so wanted to be a mother; yet, sooner than she could have imagined, she went to where two of her children already awaited her, and where now she waits to be reunited with all those she loved when finally their many tears shall be wiped away.

The story of Chiara Petrillo is of our time, but, also, for our times. To quote Chesterton again: “The saint is a medicine because he [or she] is an antidote. He will generally be found restoring the world to sanity by exaggerating whatever the world neglects.”

In this faithless age when the fraudulent mislead the faithful; when the most vulnerable are eliminated as a matter of course; when “choice” is more important than the life extinguished as a result of that choice; when the sick, seen as an inconvenience, are hurried to death; when lies about the human condition have become “facts”; in fact, when the stench of the whole rotten Culture of Death is experienced daily all around us – then it does seem we are being offered a “saint” for our times.

Chiara pray for us – God knows we need it.