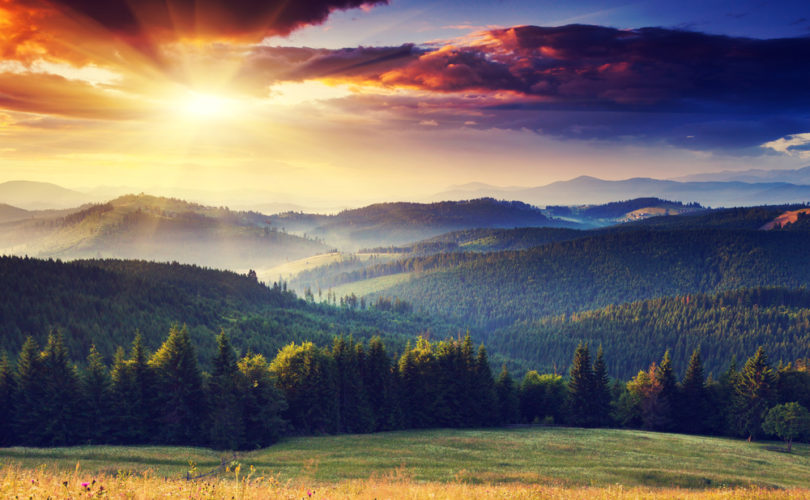 There’s a saying about changing the world by telling a good story. When first clicking on the link to watch the newly-released Desire of the Everlasting Hills, you might be suspecting some syrupy presentation on preserving the environment, or perhaps a knockoff of Heaven is for Real.

But a few minutes into the film you immediately become drawn into the lives of three individuals — Paul, Dan, and Rilene — who candidly lay bare their souls as they describe their journey through life with same-sex attraction.

A little more than halfway through the 60-minute film, you’ll very likely find yourself crying as they share their testimony to God’s grace breaking through and changing their lives.

By the end, you’ll probably be thanking God that you were able to witness the power of His transforming love in the lives of these people who courageously and humbly tell their stories.

How does Desire succeed in telling a good story on such a sensitive and often explosive topic? For one thing, it completely bypasses the characteristic polarization on the homosexuality issue — namely, if you don’t support and even advocate for acceptance of the homosexual lifestyle then you must hate and loathe people with same-sex attraction — by simply letting the individuals tell their story.

The filmmakers do not ask leading questions, postulate their own theories, or refer to public opinion polls. They simply offer raw storytelling by real individuals who have experienced something life-changing and wish to share it with others. It’s real people telling real stories that leave far behind the politically correct narratives. That’s the beauty and power of the film.

“We wanted to find a way to approach people, whether they’re involved in the homosexual life or not, and to open up their perspective a little bit by putting a face on the question and allowing people who have had a change of heart to tell their story,” Father Paul Check, executive director of Courage International, told LifeSiteNews in a telephone interview. Courage is a Vatican-approved apostolate ministering to people with same-sex attraction by helping them to live chaste, God-centered lives.

Check said the best ambassadors of Courage’s mission are the people living with same-sex attraction who have benefited from the ministry. They, more than anyone else, know that to embrace a homosexual, gay, or lesbian identity and to act on homosexual attraction is not something that’s going to bring them fulfillment, he said. The lived experience of those who have tried and suffered cannot be denied.

You will hear from Dan, a gregarious artist conflicted about his sexual identity who raged for years against God over his deep sense of isolation. You will hear from Rilene, a successful businesswoman who eventually realized her twenty-five year relationship with her partner failed to fulfill the desires of her heart. You will hear from Paul, an international model and sexual thrill-seeker who one day heard a voice telling him he had been spared from AIDS to “make up” for the way he had been living.

Check said the lived experience of these three individuals show the Church’s moral teaching on sexuality is “not just something sterile, and detached, and theoretical, but … something that is borne of the Church’s understanding of human nature, the efficacy of grace, and the human condition in a fallen world.”

The film’s title is a bit of a puzzler, until you realize it comes from the Litany of the Sacred Heart, which comes directly from a blessing given by Jacob in Genesis. The phrase refers directly to Jesus Christ who, as the fulfillment of creation, is the desire of the everlasting hills, explained Check.

“The reason for the film’s name is to broaden the appeal in the sense that the fulfillment of every human heart is Christ,” he added.

At its deepest level, the film reveals that through the ministry of the Church God becomes present to the downtrodden and broken-hearted. He becomes present as a healer, as a restorer of hearts, and as a giver of hope. The film’s message becomes pertinent to everyone, since all have sinned and are in need of grace, forgiveness, and redemption.

“The Church is that institution in the world, unlike any other, which is present, which is there, to help people when freedom has been misused. The Church is there to assist people in healing the wounds from the abuse of the gift of freedom,” Check said.

If you’re looking for testimony of God’s saving work in the world today, then Desire of the Everlasting Hills is a treat not to be missed.