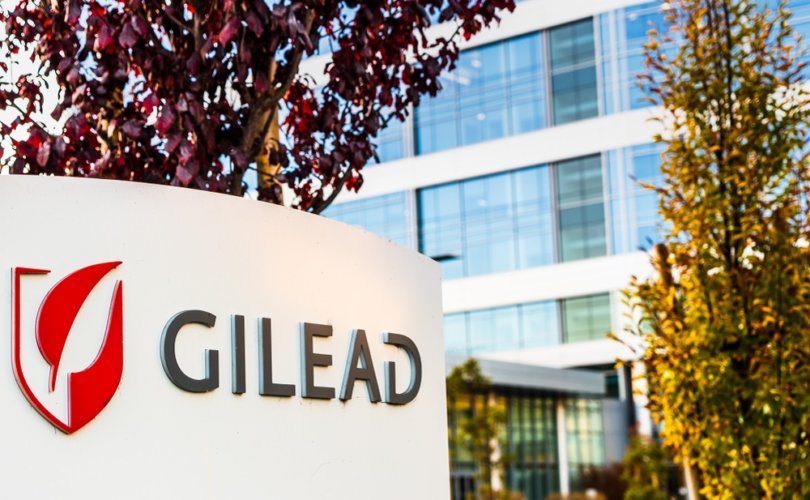 August 27, 2020 (American Thinker) — Is Gilead, the maker of Remdesivir, waging war on HCQ (hydroxychloroquine)? Attacks on the drug have been continuous ever since Dr. Didier Raoult used this quinine derivative to save the lives of COVID-19 patients last March. The first attempt to discredit HCQ was a hastily compiled Veterans' Administration hospital system study last April. Notably, one of the study's authors had in the past received numerous grants from Gilead, with one grant in 2018 totaling nearly a quarter of a million dollars.

After deep flaws in the V.A. study were exposed, Surgisphere came to the rescue in May with a “15,000 patient” megastudy allegedly compiled from hospitals all over the world. This strategy succeeded: following its publication in the Lancet and the NEJM, all outpatient use of HCQ was severely restricted in the U.S., Australia, and most of Europe.

When the Surgisphere scam was exposed, both articles were quietly retracted, and the editor-in-chief of the Lancet tried to wash his hands of this embarrassing incident by denouncing Surgisphere's “monumental fraud.” However only a few days earlier, Lancet editors played a major role in persuading the WHO to suspend all trials for HCQ. Who put them up to it?

The study's main author, Mandeep Mehra, also apologized for his reliance on a third party for the data. He may not have known that the data were fabricated, but the hospital he directed was conducting two trials for Remdesivir. Was he under pressure from his sponsors?

These are the stakes: a five-day treatment with Remdesivir costs around $3,000. A five-day supply of generic HCQ costs around $10. Drug companies have every right to recoup their cost of research and development, but lobbying to suppress access to a life-saving treatment that is both cheaper and more effective is a crime against humanity.

Progressives mistakenly believe that socialized medicine protects patients from the abuses of big pharma, but the first nation to severely restrict access to HCQ was France. T his policy compelled Dr. Raoult to testify against Gilead's disproportionate leverage over the medical community during a meeting of the French National Assembly last June.

Notably in the U.S., a third of the FDA's budget comes from pharmaceutical user fees, and according to the NIH's website, eight out of 55 members of the panel responsible for COVID-19 treatment guidelines are currently affiliated with Gilead. These government ties to Gilead more than triple when you include panel members with past associations.

Paradoxically, most opposition to HCQ in the U.S. comes from the left, but conservatives who know the ways of crony capitalism regard this as par for the course. After all, big pharma has given more to Democrats ever since the passage of Obamacare, and up to now, Gilead employees donated three times more to the Biden campaign.

Sooner or later, there will be a reckoning for everyone who colluded in this disinformation campaign. If you are among the policymakers or physicians participating in this charade, you may want to dissociate yourself while you can credibly plead ignorance for tens of thousands of preventable deaths.

Addendum: Access to HCQ varies by state. If you cannot get this drug from your doctor, America's Frontline Doctors has kindly provided contact information for telemedicine physicians who are HCQ-knowledgeable. You can find these doctors by clicking on any state in their website and scrolling down to the bottom of the description.

Antonio Chaves teaches biology at a local community college. His interest in economic and social issues stems from his experience teaching environmental science. His older articles with graphs and images are available here.