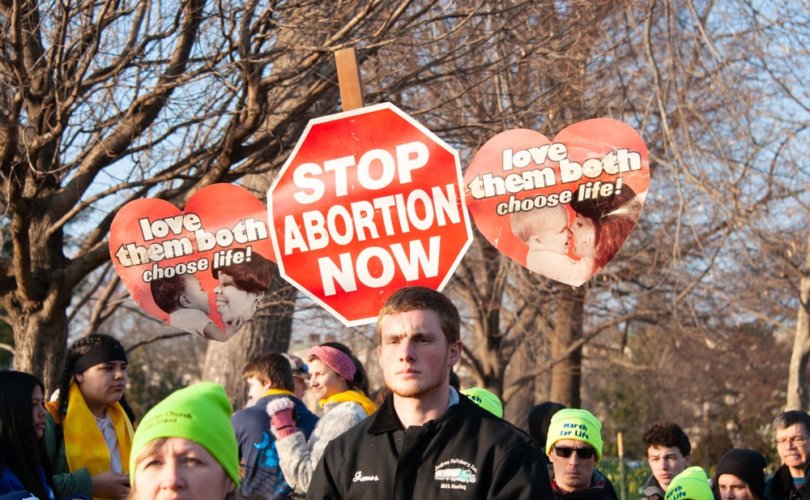 (LifeSiteNews) – “We won! We won!” has been the exuberant call of many pro-life people since the reversal of Roe v. Wade. They think that our work is done because the decision regarding abortion has been returned to the states.

But this couldn’t be further from the truth.

The Dobbs decision did overturn Roe v. Wade, but only some babies’ lives will be saved. Abortion will not magically go away. Unlike the babies, abortion is alive and well in numerous states.

Our fight is not over; it has simply changed battlegrounds. Babies continue to die every single day.

One look at the largest killer of babies in the US will tell you all you need to know about the war to continue killing preborn children.

Planned Parenthood Federation of America and its affiliates have nearly 600 facilities throughout the United States. Its 2020-2021 annual report (the latest) shows that its abortion numbers are up more than eight percent from the previous year.

It killed 383,460 babies by abortion in that fiscal year. That’s over 1,000 babies a day, or roughly one baby killed every minute. By the time you’re done reading this article, four babies will have died at the hands of abortionists. Let that sink in.

And who helped fund these murders? American taxpayers did—to the tune of over 600 million.

Planned Parenthood affiliates around the country are now working to encourage people to travel from states where abortion has been banned to the states where it has not been banned. Even employers are offering incentives.

The battle is definitely far from over. Even a cursory look at some of the claims on the sites of Planned Parenthood’s affiliates prove that we have a long battle ahead of us.

Planned Parenthood California Central Coast states on its site: “We won’t back down. . . . Abortion is still legal in California.” It continues:

We believe all people—no matter where they live—should have the right to control their own body, life, and future. It is unjust and unacceptable that people in some states have been robbed of that right, forced to overcome unjust barriers just to access to the abortion care they need and deserve.

But know this: Planned Parenthood will keep fighting with everything we’ve got to provide patients with a full range of high-quality sexual and reproductive health services and education so that all people get to determine the course of their own life. (emphasis in original)

Planned Parenthood Keystone says on its site: “Abortion is still your constitutional right and we are here to provide safe, legal abortion care for you.”

Planned Parenthood Hudson Peconic’s site says: “Abortion remains safe and legal in New York. You can still come to us for abortion care.” The site even brags that it dispenses medication abortion (the abortion pill) after just a telehealth visit.

I could go on, but you get the point.

Until abortion is unthinkable, we will have organizations that spread misinformation and that try to teach people—especially young people—that abortion is a right.

Abortion is neither a fundamental right nor a constitutional right. Just saying that it’s a right does not make it so.

— Article continues below Petition —
Stand with pro-life Catholic dad of 7 raided by Joe Biden's FBI
Show Petition Text
7538 have signed the petition.
Let's get to 9000!
Thank you for signing this petition!
Add your signature:
Show Petition Text

And these are the reasons that organizations like American Life League work tirelessly to spread the truth. We educate children and teens through the Culture of Life Studies Program. We open eyes and hearts with Celebrate Life Magazine. We pray with you in front of abortion facilities. And we work with communities to keep Planned Parenthood out of their towns.

We do this to build a culture of life where all babies—and all vulnerable people—are protected. We give them a voice when they don’t have one or cannot use theirs. We do this because we love them.

This is vastly different from the motive of organizations like Planned Parenthood that set abortion quotas and that profit off the bodies of dead babies.

So please remember this: The fight is not over. As long as Planned Parenthood and other abortionists kill babies, organizations like American Life League will be here fighting.

Abortion is not a right. Abortion always results in the death of a tiny human being. This is not an opinion; it’s a scientific fact.