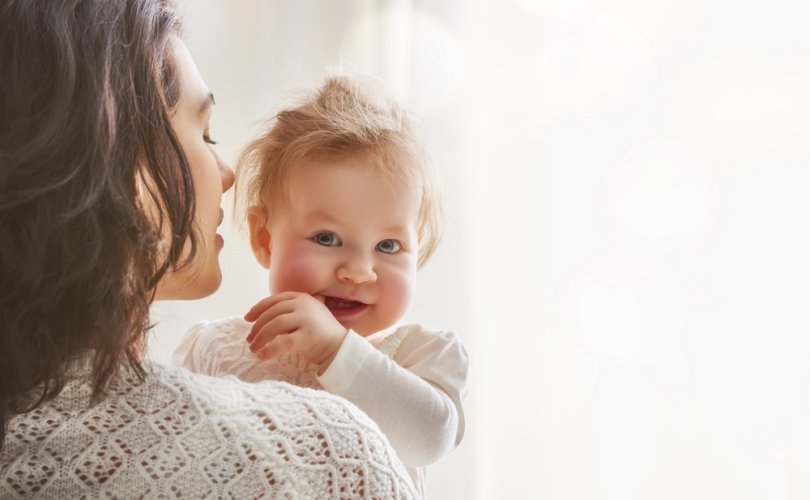 (LifeSiteNews) – Legend teaches us a beautiful story about St. Lawrence, who lived during the persecution of Christians in Rome in the mid-200s. As an archdeacon of the Church, Lawrence was responsible for taking care of the material goods of the Church and for distributing resources to the poor.

Knowing this, the government had him arrested. He was told that he would be spared execution for being a Christian if he gathered the wealth of the Church and brought it before the judge. Lawrence said that he would need three days to do this. Three days later, when he returned, he brought with him the poor, the sick, the crippled, and the orphaned. When the judge asked where the treasure was, Lawrence responded, “These are the treasures of the Roman Church.”

Since the reversal of Roe v. Wade, I have been thinking a lot about Lawrence’s quote, and I would add that pregnant moms, their babies, and moms struggling to make ends meet are also the treasures of the Church. And just as St. Lawrence protected the vulnerable, so must we.

As pro-life people, we know and are aware that there are countless services and organizations that care for moms and babies every day. Yet the misinformation and the vitriol spread since the Dobbs decision spread the lie that pro-life people only care about the baby before he/she is born and not after. This couldn’t be further from the truth.

There are literally thousands of pro-life pregnancy centers that help mothers and their babies. They help with both material and financial needs, and some even offer assistance to help pay bills or find moms and their children a place to live. In addition, there are countless Catholic parishes and churches of other denominations that sponsor diaper and clothing drives to help benefit local pregnancy resource centers. And there are maternity homes for women who have nowhere to go. The assistance most certainly does not stop when a vulnerable woman has her baby.

Understanding this, I want to share some amazing resources. Though there are many, many more than 10, I will highlight these 10 to show that a pro-lifer’s work does not stop when the woman walks away from the abortion clinic.

These organizations, their staff, and those who support them understand that family is the foundation of society and that, when we kill the most vulnerable among us—our babies—we tear down that very foundation and destroy families. But when we serve moms and babies with love and compassion, we not only help them improve their lives and the lives of their children, but we help them understand that they truly are treasures of the Church.