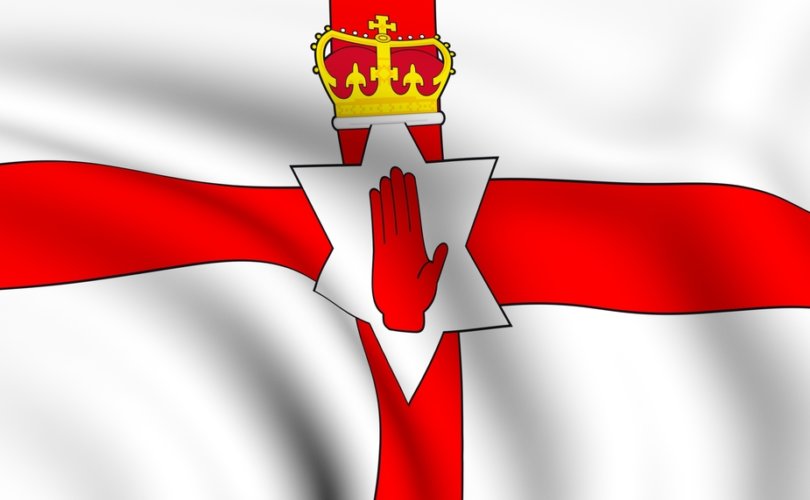 June 7, 2018 (LifeSiteNews) – The United Kingdom's Supreme Court has dismissed the Northern Ireland abortion case that sought to overturn the Province's current abortion laws. In so doing, however, Supreme Court judges have been openly critical about the existing laws on abortion in that part of the UK – adding weight to the current campaign being waged by some to bring abortion to Northern Ireland.

The case was brought by the Northern Ireland Human Rights Commission (NIHRC). It had failed at the Court of Appeal in June 2017 to convince judges that victims of sexual assault and women with unborn children who had fatal foetal abnormalities are discriminated against on account of the lack of abortion provision in Northern Ireland, where abortion remains illegal in almost all circumstances. It was the first time an organization as opposed to an individual had been given leave to take a case to the UK's Supreme Court. The court began hearing the case in October 2017.

On 7 June 2018, Supreme Court judges delivered their judgment. By a majority of four judges to three the court found it had no jurisdiction to consider the latest legal challenge to Northern Ireland's abortion laws on the grounds that there was no victim – actual or potential – of an unlawful act involved in the case.

So, a pro-life victory? Not quite.

The case may have involved “no one” but the organization that brought it had a point to prove. The NIHRC was keen to demonstrate that the abortion laws in Northern Ireland are incompatible with various international conventions on human rights. On this point, those who brought the case have won a victory.

Now, on public record, they have some of the most senior judges in the UK openly criticizing the current legislative framework for abortion in Northern Ireland. Not only that, but, to the glee of pro-abortionists, the same judges have quoted a number of international conventions, which, in their opinion, are being breached by the ongoing arrangements. In addition, a majority of judges have gone on to state that in their opinion Ulster's abortion laws were incompatible with the right to private and family life as guaranteed by the Article 8 of the European Convention on Human Rights.

The judges, however, did make it clear that the case they were hearing had been dismissed. In other words, it failed. The abortion laws in Northern Ireland have not been overturned or ruled illegal by the UK's Supreme Court. That is not what the UK media is reporting, however, nor is it what the various pro-abortion groups and their political allies are focusing on. In making their judgment, the Supreme Court judges have made comments about matters not strictly before the court, albeit matters germane to the arguments that they had been listening to for the last months.

So although the court's decision is not a declaration of incompatibility – because the case has technically been dismissed – the comments from judges around that judgment have been seized upon by pro-abortion groups as yet more fuel for their never-ending campaign to scrap the current legal framework around abortion in Northern Ireland.

The judgment also comes at a time when, after the Emergency Debate in the House of Commons on 5 June, there is intense political and media attention on Northern Ireland's pro-life politicians and the community they represent. Many of the former spoke forthrightly in defense of the rights of the unborn during the 5 June debate. Sir Jeffrey Donaldson, Democratic Unionist Member for Lagan Valley, said: “My party has been from its very inception a pro-life party. We believe that law and policy in Northern Ireland should affirm and uphold the rights of both mothers and unborn children.” He went on to explain that his party's position was by no means isolated: “In upholding that [pro-life] stance, politicians across the political divide and religious spectrum in Northern Ireland have, and continue to hold, a similar view to the DUP. This includes both unionists and nationalists in Northern Ireland, and people of all faiths and none”.

Fellow DUP MP for East Antrim, Sammy Wilson, had this to say when the subject of the United Nations Charter was brought up: “We have heard much about the United Nations committee's view on what is happening to women in Northern Ireland. If we want to look at what the United Nations says, the UN charter talks about the protection of the rights of the child, including the unborn child. It indicates that those rights are of equal importance”. He went on to state boldly: “This is why I am not embarrassed about the laws that we have, and why I do not believe that we have turned the clock back: as a result of not introducing the legislation that exists in the rest of the United Kingdom, thereby reflecting the views of the people of Northern Ireland, and of making both lives matter—that of the child and that of the parent—100,000 people are alive in Northern Ireland today who would otherwise have been killed before they were even born.”

Such Parliamentarians are not fearful of the fight presently or in the future, but what is becoming clear is that the UK's pro-life MPs, especially those from Northern Ireland, are outnumbered, with few friends in the media, and now today with the words of the Supreme Court judges giving yet more succor to their opponents in Parliament and beyond.

Ulster says “no” to abortion – for now.