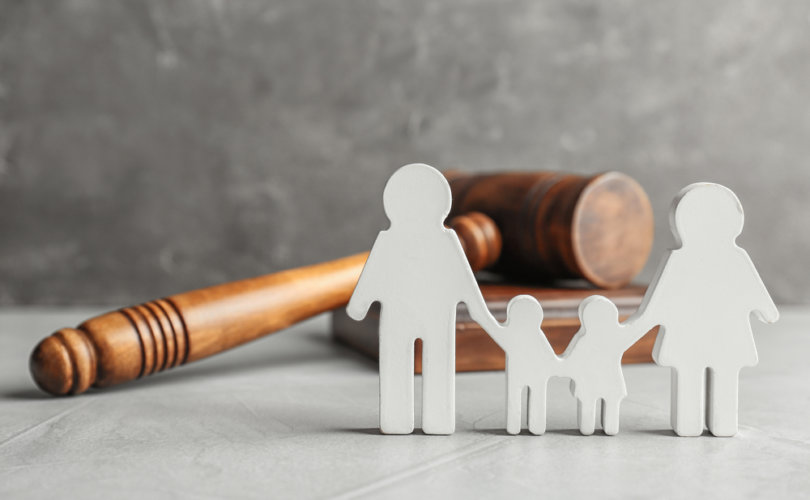 NAPLES, Florida (LifeSiteNews) — We hear a lot these days about so-called “misinformation.” And indeed, here in Florida where I live, media outlets have been providing a very instructive demonstration of how such distortion works.

Just now, our state House of Representatives is considering Bill 1557, the Parental Rights in Education Bill which, as it’s described on the House website:

Requires district school boards to adopt procedures that comport with certain provisions of law for notifying student’s parent of specified information; requires such procedures to reinforce fundamental right of parents to make decisions regarding upbringing & control of their children…

It also mandates informing parents about any healthcare or counseling their kids receive in school and provides means for parents to inform themselves about the content of books and educational resources to which students are being exposed.

This legislation has been inspired by recent controversies over in-school use of sex-laden materials — some deemed pornographic — as well as curricula that promote LGBTQ theories and encourage young people to reassess their gender identity.

It is an entirely reasonable measure that protects kids and informs parents. So, how has it been identified in Florida media? Well, our local paper tagged it the “Don’t Say Gay Bill.”

Having read the bill in its entirety, I can attest that it does not outlaw mention of homosexuality, or in any way take us back to “the love that dare not speak its name” (in the words of poet Lord Alfred Douglas). It’s merely a way of letting parents know what’s being taught in schools, so that they can be involved in their children’s education and take appropriate steps when they have objections.

Of course, the days when schools encouraged parental involvement are behind us. Now, the less Mom and Dad know about what goes on in Junior’s classroom the better.

What might be called the “upside” of the pandemic was the exposure parents gained to current lessons and classroom discussions by watching their kids’ “Zoom sessions,” the online teaching conducted during the Covid lockdowns.

Some very disturbing trends came to light — about teachers’ sex and gender advocacy, as well as about in-school promotion of Critical Race Theory, which essentially tags all White students as racists and supremacists (either active or incipient).

A lot of teachers didn’t appreciate parents suddenly being able to peek behind the educational curtain. In fact, a good deal of hostility was revealed, an attitude captured succinctly in a series of tweets by a Philadelphia teacher and writer named Matthew R. Kay.

As reported by the online journal Townhall, “Kay expressed anxiety about teachers’ ability to effectively accomplish their ‘equality/inclusion work’ over Zoom calls when they can’t be sure who is overhearing them.”

The Townhall article revealed Kay’s agony: “How much have students depended on the (somewhat) secure barriers of our physical classrooms to encourage vulnerability? How many of us have installed some version of ‘what happens here stays here’ to help this?”

— Article continues below Petition —
PETITION: Call on FTC to investigate GoFundMe after shutting down Truckers' page
Show Petition Text
21264 have signed the petition.
Let's get to 22500!
Thank you for signing this petition!
Add your signature:
Show Petition Text

He worried about the “damage” parents might do, especially if they should decide to take some sort of collective action. “If we are engaged in the messy work of destabilizing a kid’s racism or homophobia or transphobia — how much do we want their classmates’ parents piling on?”

If Kay were teaching here in Florida, he’d have reason to worry about House Bill 1557. After all, the website description notes that the legislation forbids school district personnel from “discouraging or prohibiting parental notification” or from encouraging students to hide “from parent such information.” To make matters worse, it authorizes parents to “bring action against school districts to obtain declaratory judgment” and “provides for additional award of injunctive relief, damages, & reasonable attorney fees & court costs…”

Our local paper is pulling out all the stops to create negative images of House Bill 1557 and its corollary, Senate Bill 1834. It offered especially florid coverage of a recent demonstration by gender activists.

One demonstrator was quoted as fearing that the legislation “would force teachers to work in unsafe conditions.” It would also deny children critical knowledge, “like telling a child that the ocean doesn’t exist.”

Another participant warned that passage would “create an incubator for bullies,” prevent students from “being able to seek out educators and teachers for help,” and force gender-conflicted young people to “suffer in silence.”

All of this is distortion. It’s misinformation. In fact, it’s propagandistic nonsense. The Parental Rights in Education Bill is a sensible measure that’s necessary and overdue.

Schools have changed. Mom and Dad can no longer assume that teachers and administrators always act in the best interest of young people. The reality is that a lot of educators have agendas of their own — some highly questionable.

Parents need to know what’s going on in their kids’ classrooms. And they must be empowered to take action when it’s needed.

This essay is based on a homily delivered by Fr. Orsi. It can be viewed above.

A priest of the Diocese of Camden, New Jersey, Rev. Michael P. Orsi currently serves as parochial vicar at St. Agnes Parish in Naples, Florida. He is host of “Action for Life TV,” a weekly cable television series devoted to pro-life issues, and his writings appear in numerous publications and online journals. His TV show episodes can be viewed online at: https://www.youtube.com/channel/UCyFbaLqUwPi08aHtlIR9R0g