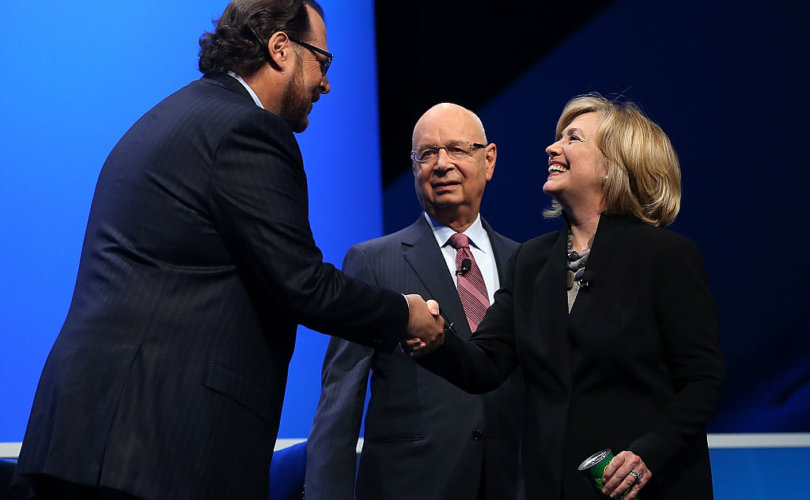 Editor’s Note: Dr. Malone is asking readers to help him compile and expand his ‘WEF Graduate Master List’ in order to keep a current record of elected officials with ties to the globalist World Economic Forum.

(Robert Malone) – I need your help.

A new crop of elected officials and those running in the November primaries were selected by United States citizens yesterday.

World Economic Forum (WEF) graduates, many of whom are now in American politics, have their primary alliances with a foreign entity, that being the WEF. They should register as foreign agents in my opinion. Are these the ones that “we the people” really want running our country?

The WEF believes that the concept of independent nation states is obsolete and must be replaced with a global government which controls all. They are fundamentally anti-democratic, and their views are both fundamentally corporatist and globalist, which is another way of saying that they are for totalitarian fascism – the fusion of the interests of business with the power of the state – on a global scale.

These people do not represent the interests of the nation-state in which they reside, work, and may hold political office, but rather their allegiance appears to be to the WEF vision of a dominant world government which has dominion over nations and their constitutions.

In my opinion, in the case of those trainees and WEF members who are in politics, and particularly those who have been used to “penetrate the global cabinets of countries,” these persons should be forced to register as foreign agents.

So here is the job: please compare the list of World Economic Forum (WEF) graduates below to any new elected official(s) that you are aware of from the June 7 elections. If there are any changes to the existing politicians’ careers or electoral status, please leave the changes in the comments here.

If any of the people listed below are up for re-election in 2022, please also make note of that in the comments section here. Let’s see if we can’t generate an updated and complete list of those we need to work to ensure their electoral loss!

Thank you everyone for your help in this – it means a great deal to me.

Please search this list for newly elected politicians in the U.S. (note additions in the comments here).

Ruben Barrales – Office of the President of the United States: Assistant to the President and Director of Intergovernmental Affairs.

Carol M. Browner – Office of the President of the United States: Assistant to the President for Energy and Climate Change Policy (2009–2011).

Joshua DuBois – Executive Office of the President of the U.S.:  Head of Faith Based and Neighborhood Partnerships (2009–2013).

Jon Favreau – Office of the President of the United States.

Benjamin Jealous – Former President and CEO of the National Association for the Advancement of Colored People (NAACP).

Kimberly A. Moore – Chief judge of the U.S. Court of Appeals for the Federal Circuit.

Samantha Power – Administrator of the U.S. Agency for international Development; former Special Assistant to the President and Senior Director for Multilateral Affairs and Human Rights on the National Security Council; former U.S. Ambassador to the United Nations (2013–2019).

William Steiger – USAID, Director of the Office of Global Health Affairs at the U.S. Department of Health and Human Services.

Lawrence H. Summers – Harvard University Under Secretary of the Treasury for International Affairs.