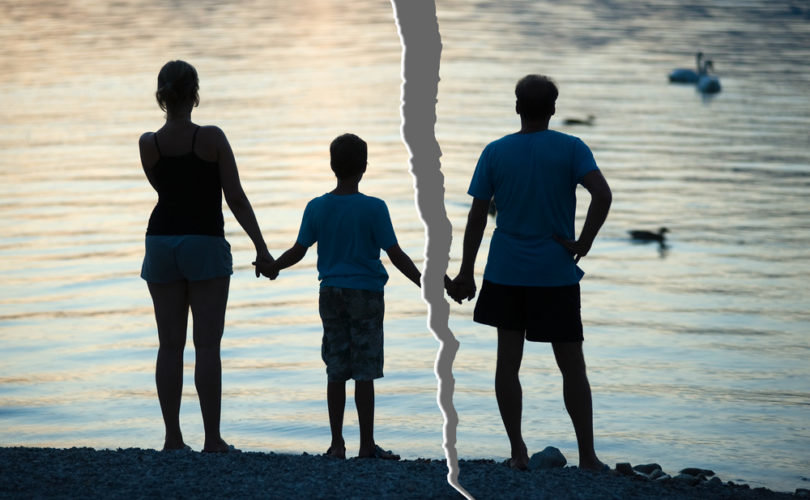 September 10, 2015 (LifeSiteNews) — This week Pope Francis announced sweeping changes to canon law that will make it almost as quick and easy for Catholics to get their marriage “annulled” as it is to get a no-fault civil divorce.

The indissolubility of sacramental marriage, the annulment process, civil divorce, “remarriage” and reception of the Eucharist by civilly divorced Catholics were hotly contested subjects in the months leading up to and during the October 2014 Extraordinary Synod on the Family. Many observers have anticipated a rigorous defense of sacramental marriage at the upcoming Synod this October. Instead, it appears that Pope Francis has now mooted much of the expected agenda by adopting a streamlined process to determine the nullity of Catholic sacramental marriages along the lines presented by German Cardinal Walter Kasper in February 2014.

Readers may recall that Cardinal Kasper proposed that diocesan bishops entrust the nullity process to one priest who has spiritual and pastoral experience as a penitentiary or episcopal vicar. Presently, several priests, as well as lay canon lawyers, are involved in the extensive investigative process of determining the validity of a sacramental marriage. No longer would a second tribunal be required to confirm the decision of the original tribunal. Speed and, perhaps, letting “remarried” people receive the Eucharist seem to have become higher priorities than finding the truth and healing the original marriage.

At the Synod last year many Cardinals and experts among clergy raised serious concerns over proposals to streamline the annulment process and to permit reception of the Eucharist by civilly divorced and remarried Catholics. Five Cardinals critiqued these proposals in Remaining in the Truth of Christ: Marriage and Communion.

Another critique of the recommendation to streamline annulments was written by Msgr. Cormac Burke, a former judge on the Roman Rota, the Church’s High Court. He points out that annulments negatively impact family life. Hence, proposals to make them more “available” seem counter to the stated principles of the Synod on the Family.

Social scientists, too, have raised concerns about making it easier for those in troubled marriages to obtain annulments. Research findings supporting their view include the following:

In addition, the research of family scholar Elizabeth Marquardt has documented numerous cases of conflict in the spiritual lives of children of divorce. [Marquardt, “Between Two Worlds,” pp. 135-168.] Some described how their bitter anger toward their parents led them to deny the existence of a caring God. Marquardt noted, moreover, that the children of divorce frequently reported the sad fact that religious leaders rarely approached them or responded to their troubled questions.

Dr. Brad Wilcox, a sociologist at the University of Virginia and director of the National Marriage Project, wrote last March in “First Things” that

the social scientific bottom line is this: From America to Africa, the divorce revolution has exacted a devastating price on those who can least afford it, namely, children and the poor.

Wilcox cited a new study that found child mortality to be significantly higher in children of divorce in many countries. In Kenya, for instance, children are 75% more likely to die if they grow up in a divorced home, compared to a married home, even after controlling for socio-demographic factors. Wilcox recommended that

Pope Francis would do well not to simply accommodate the divorce revolution that has “put asunder” millions of families across the globe, but rather to search for new ways to make the [Church’s] plan [for marriage] visible, achievable, and attractive to the more than one billion Catholics in his global flock.

In order to evaluate grounds for declaring a sacrament of marriage null it is essential to evaluate the cause of the divorce. In my forty years of clinical experience working with marriages in conflict, this process is essential and cannot be done quickly. In fact, Marriage Tribunals have often consulted with mental health professionals who have done evaluations of each spouse. One priest is not qualified alone to evaluate the conflicts that contributed to the divorce and also then make a decision on nullity.

A 2010 study of 886 Minnesotans who filed for divorce revealed that the most common reasons given for seeking divorce are capable of being resolved: 53% identified “not being able to talk together” as a major contributing factor to the decision to divorce; “growing apart” was cited by 55 percent; and insufficient attention and infidelity by 34 percent. (Alan J. Hawkins, Brian J. Willoughby & William Doherty, “Reasons for Divorce and Openness to Marital Reconciliation,” Journal of Divorce & Remarriage 53, no.6 (2012): 453-463.)

These common conflicts can arise due to modeling after a similar weakness in a parent – from unresolved anger and the loss of trust, from giving in to selfishness, from controlling behaviors or from a weakness in faith and failure to rely upon the Lord’s love and grace.

In our experience, and in that of many Christian mental health professionals who work with married couples, these conflicts can be resolved and divorce can be prevented. At a time when we are witnessing a doubling of the divorce rate in the past two decades among adults over 35, the Church should have as its major focus the strengthening of marriages rather than focusing on making annulments easier to obtain.

Greater knowledge of marital and family of origin conflicts

Improvements should be made in the annulment process, for example, requiring that husband and wife individually identify the following: his/her primary weakness in self-giving; which parent disappointed him/her the most; and who had the greatest weakness in self-giving in the family of origin history, which disappointed him/her the most. This background information is critical in the annulment process because psychological research has demonstrated that approximately 70 percent of adult psychological conflicts arise from unresolved childhood and adolescent conflicts. In other words, many spouses are unhappy, mistrustful, unfulfilled and angry because they lack self-knowledge about the weaknesses they brought into their marriages from their family background or from a previous loving relationship.

These weaknesses can be identified by reviewing the “secure attachment relationship” with each parent in regard to the degree of warmth, love, trust and affection experienced in those relationships. The relationship in which unresolved emotional pain emerges most frequently is in the father relationship. Deep emotional wounds of sadness, anger, mistrust and insecurity are unconsciously misdirected toward one’s spouse. A recommendation to work on a process of forgiveness can free the spouse from being under the control of past emotional pain. (“Forgiveness Therapy: An Empirical Guide for Resolving Anger and Restoring Hope“) As Pope St. John Paul II wisely wrote, “without forgiveness one remains a prisoner of the past.”

Recommended Changes to the Annulment Process

To secure justice and protect spouses, children, the sacrament of marriage and the culture, several steps should be taken. Most importantly, the spouse who seeks an annulment should not be permitted to begin the process until there is clear knowledge of how this person’s emotional weaknesses and conflicts contributed to the marital stress and the divorce.

In addition, the petitioner should be required to demonstrate that he/she has made at least two years of effort in addressing the petitioner’s weaknesses and those of his/her spouse.

Too often the petitioning spouse presents himself or herself as the victim of insensitive treatment by the other spouse without ever discussing his/her weaknesses in self-giving that contributed to the marital conflicts. In fact, many spouses who wounded their marriages by their emotionally distant, controlling, angry, and selfish behaviors nevertheless feel entitled to an annulment and are often granted them.

In the experience of many Catholic marital therapists, spouses and family members, annulments are being granted in marriages in which the conflicts can be resolved. One of the major reasons for failing to work to resolve the conflicts is selfishness, often described as the major enemy of marital love.

A more rigorous process of annulment is needed that requires applicants to prove that they have addressed their own psychological weaknesses, rather than allowing them to solely blame their spouse for the marital stress.

A critical issue that needs to be evaluated is whether the applicant’s unhappiness and emotional pain is primarily the result of marital conflicts or primarily due to unresolved family of origin issues. Qualified mental health professionals can assist those who serve on tribunals in creating such an evaluation process.

Applicants for annulments can also be helped by reviewing the Church’s teaching on marriage and its indissolubility. The Catechism of the Catholic Church states,

The love of the spouses requires, of its very nature, the unity and indissolubility of the spouses’ community of persons, which embraces their entire life: ‘so they are no longer two, but one flesh.’ They ‘are called to grow continually in their communion through day-to-day fidelity to their marriage promise of total mutual self-giving.’ This human communion is confirmed, purified, and completed by communion in Jesus Christ, given through the sacrament of Matrimony. It is deepened by lives of the common faith and by the Eucharist received together (no. 1644).

The Catholic Church is the only institution in the world who continues to defend the indissolubility of marriage; it holds marriage to be a sacrament that through Christ’s grace present to us in the Holy Spirit should last a lifetime as it was meant to from the beginning.” (“Man and Woman He Created Them: A Theology of the Body,” 99:6; 100:4).

The annulment process requires extensive investigative work by qualified priests and laymen. Making annulments easier to obtain will interfere with Catholics engaging in the hard work of overcoming their personal and marital conflicts.  Catholic marriages and children need to be protected. The Church needs to work to support and strengthen marriages and to encourage growth in total mutual self-giving and in resolving the weaknesses in spouses that interfere with such giving rather than attempting to make it easier to obtain annulments.

Rick Fitzgibbons, MD is the director of the Institute for Marital Healing outside Philadelphia and has worked with several thousand couples over the past 40 years. In 2014 he coauthored the second edition of an anger textbook for the American Psychological Association books, Forgiveness Therapy: An Empirical Guide for Resolving Anger and Restoring Hope. He is the author of a book on strengthening Catholic marriages, in press, 2016. This article was originally published by Aleteia and is reprinted here in an updated version with permission from the author.