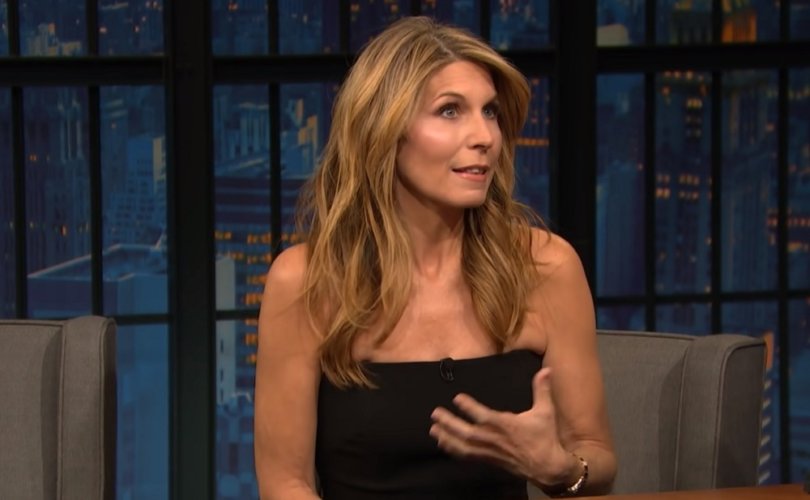 January 22, 2021 (NewsBusters) — During the 4:00 p.m. Eastern hour on Inauguration Day, MSNBC devolved into venom and a wish-list for punishing conservative media, elected Republicans, and right-leaning Americans nationwide, all under the guise of the January 6 terror attack by Trump supporters on the Capitol.

Host Nicolle Wallace partnered with former Obama officials John Brennan and Ben Rhodes and former Senator Claire McCaskill (D-MO) to declare it will take “years” for a “detox” of “lies” and “hate” from the right and “libertarians” with the resources of federal intelligence and law enforcement agencies.

And at one point, Wallace insisted the right will have to prove they’ll “assert the truth” before being “allowed to share any other views.”

Wallace first brought in Brennan, who lamented there’s been a “growth in polarization” that’s the fault of the right, so Biden officials “are now moving in laser-like fashion to try to uncover as much as they can about what looks very similar to insurgency movements we have seen overseas,” consisting “of religious extremists, authoritarians, fascists, bigots, racists, nativists, and even libertarians.”

Brennan and Wallace then went onto propose that charges and other forms of penalty for the Capitol attack be extended to an unidentified number of elected officials, media outlets, and social media platforms:

WALLACE: [A]nd unfortunately I think there has been this momentum that has been generated as a result of, unfortunately, the demagogue of rhetoric of people that just departed government, but also those who continue in the halls of Congress. And so, I really do think that the law enforcement, homeland security, intelligence, and even the defense officials are doing everything possible to root out what seems to be a very, very serious and insidious threat to our democracy in our republic.

WALLACE: What do you think is the task for President Biden to separate those who have been radicalized and pursue them through the justice system and those that could be brought into the fold.

BRENNAN: Well, as I think as President Biden said, we need to get back to honesty, to truth, to ensure the American people understand the lack of reality that has been propagated over the last four years. I do think a lot of these individuals who joined that protest two weeks ago were really misled and misguided, because they were listening to those networks or those social media platforms that were spewing a lot of falsehoods. And so I think what Joe Biden wants to do and Kamala Harris is to try to be as open and honest and transparent about the people about the challenges we face, whether it be about COVID, whether it be about the economic or whether it be about the need to bring us together as a country. Joe Biden is an exceptionally good and decent man. He loves this country deeply. He loves his fellow citizens. He wants us to be brought together and that's why he kept referencing unity. Unity. Now, it's probably going to take a long time. It’s probably going to take many, many years, far beyond the Biden administration to try to repair some of the damage that's been done by Donald Trump, but I know that Joe Biden is determined to do it, and to win back the trust and confidence — or at least allow individuals who are supportive of Donald Trump, to at least give Joe Biden a chance to demonstrate he is really going to try to improve the life of all Americans, not just those that supported him at the polls.

McCaskill came next and lamented the Biden administration will have a “major challenge” when it comes to deprogramming people who disagree with them as well as “Republicans that served in the building we watched all day went along with the lies” regarding Trump’s unsubstantiated claims on the election.

Wallace took it one step further, insisting that any Republican who didn’t immediately congratulate Biden on November 7 was culpable in America’s troubled state and wondered how could anyone want to work with “any of those people.”

But Rhodes and Wallace made the worst pairing. Rhodes complained:

[I]t’s going to take many years to detox the disinformation, the lies, the hate that has been spread. A whole segment of the American population has been radicalized over what's happened the last four years, and by the fact that Donald Trump is no longer there, they can no longer see Donald Trump representing their grievances in the highest offices, and so those grievances will go back underground. And I think there's a lot of work to be done to — to deal with the broader societal issues that go beyond even what national security/homeland security officials can do.

Despite insisting there can’t be a country “when huge swaths of the population are — are — led to believe things that are just not true and hate one another instead of helping one another,” Rhodes demanded social media companies “slow the spread of this poisonous disinformation” (read: any non-Bulwark or Lincoln Project voice on the right) or force the Biden administration to do it for them.

Rhodes then invoked Mitt Romney in wondering whether more Republicans would emulate him or be thrown by the wayside. In response, Wallace insisted that, if she had her way, any Republican would be banned from having a voice unless they first “assert the truth”:

RHODES: [C]an the Republican Party finally stand up and — and tell the people the truth? And this is what Mitt Romney said so powerfully the night of January 6th, which is leadership is telling people the truth. And we get enough Republicans who are willing to do that, I think the combination of what Joe Biden can do, what can be done through policy, what can be done with tech companies, and hopefully at least a somewhat more responsible Republican party can do can begin to drain the toxicity out of the democracy.

WALLACE: When — when two West Wing staffers talk, we always walk in lists, so you gave me three things. Let me start with your last point. It would be my policy that a Republican must assert the truth before they're allowed to share any other views. And Lindsey Graham, I understand, appeared somewhere today and refused to go far enough in beating down the lie. I want to read you something from Tom Friedman wrote about social media companies. He wrote this: “Mark Zuckerberg and Sharyl Sandberg have to surprise us by, once and for all, stopping the elevation for profit of news that divides and enrages over more authoritative evenhanded news sources.” That does not seem out of reach. If we can protect against counterfeit dollar bills, we should be able to protect against fake news we now know has the potential to kill people as it did two weeks ago.

Rhodes had even more to say about how social media companies have ruined America, having been allowed to “profit from the spread of disinformation” and “allow the darker currents of society to spread unchecked” with people allowed to go beyond government officials and legacy media for their news.

To Wallace’s approval, he said that such outlets have to embody Biden and his administration’s tone because, if we don’t, we’ll end up like January 6th where we saw “how close we came to losing this precious democracy.”

[W]e’ve had fights over the last couple decades about terrorism, over the size of government or health care, but if you can't accept the idea that there is an objective reality, such a thing as truth, you cannot have those debates because how do you debate people who live in a different universe of facts, right? And Joe Biden, what I think is so persuasive about it, he clearly believes it when he says, we're better than this. He said today folks, we are better than this. I think he has the innate belief. The question for them is, through their own actions, through the example they set, of them going out of their way on something like COVID to show that the experts are in charge here, that this is a fact-based and a science-based administration, that's part of the task.

Part of the task again is what policy changes are necessary to — to deal with white supremacist violence or to deal with disinformation online, and then also how can they find a dialogue at least with some responsible Republicans, to indicate that this is not a partisan issue. This is an issue of what is black and white, what is right and wrong, what is true, what is not true.