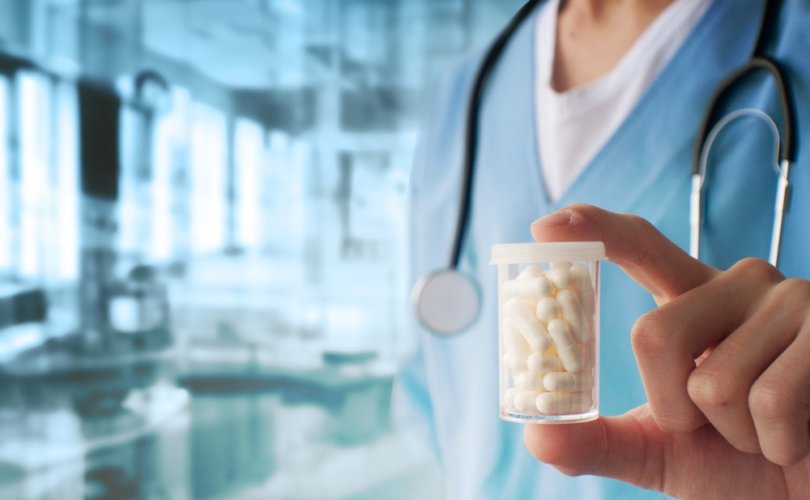 November 26, 2020 (The Bridgehead) — Some of you may remember a story I wrote about a few years ago, in which a Dutch woman struggling with dementia had to be restrained so that the euthanasia doctor could kill her. Wesley J. Smith has an update:

A few years ago, Dutch doctor Marinou Arends attended to her dementia patient in a nursing home. Arends wasn’t there to treat her, but to kill her via lethal injection. To make it easier, Arends drugged her patient’s coffee, a violation of euthanasia rules. But in the midst of the termination, the patient woke up, saw what was happening, and began to struggle. The doctor instructed the family to hold the resisting patient down while she finished her off.

That would seem to be murder and a criminal prosecution was mounted. But this is Euthanasia Land. The Dutch Supreme Court later lauded the doctor for her good intentions and dismissed all criminal complaints. Now, the Dutch have reacted to the case to create specific rules governing the euthanasia of dementia patients. Of course they now allow drugging to prevent resistance! From the Guardian story:

Doctors euthanising a patient with severe dementia may slip a sedative into their food or drink if there are concerns they will become “disturbed, agitated or aggressive”, under a change to the codes of practice in the Netherlands.

Another factor of the Arends story is worth noting. The patient had asked for euthanasia when she became incompetent, but she wanted to decide when. She never did. So, the rules were changed to govern that circumstance too:

The new code says that in cases where a patient has advanced dementia, “it is not necessary for the doctor to agree with the patient the time or manner in which euthanasia will be given”. Kohnstamm said: “Doctors now have less to worry about putting their necks in a noose with euthanasia. They need less fear of justice. Or for the review committee.”

Read that closely for a moment: “It is not necessary for the doctor to agree with the patient the time or manner in which euthanasia will be given.” In other words, if a patient does not want to die at that time, and the doctor disagrees, the Dutch court has created a loophole that permits the doctor to quite literally get away with murder.

As I noted in a recent article for First Things on the de facto legalization of child euthanasia at the request of physicians, the Dutch government seems far more concerned about ensuring that doctors who kill people are not prosecuted than protecting the vulnerable.