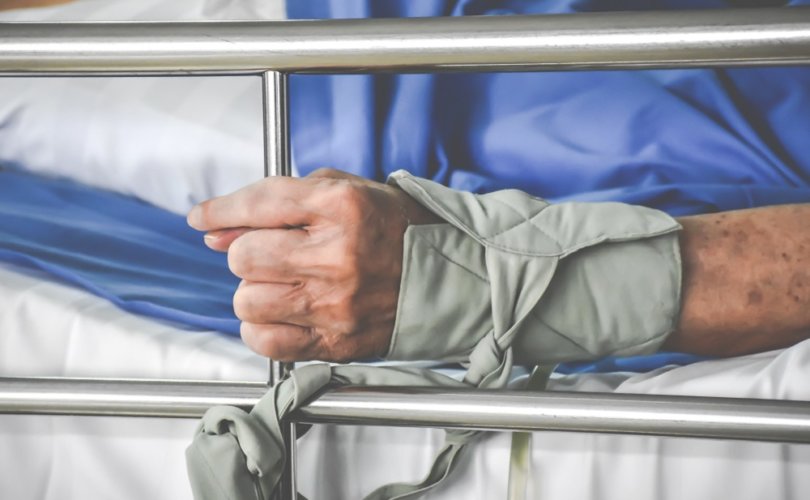 April 22, 2020 (National Review) — More than 20 years ago, the Dutch Supreme Court approved the assisted suicide of a woman in despair because her children had died. So we shouldn’t be surprised that it has now explicitly approved the forced euthanasia of patients with dementia if they asked to be killed before becoming incompetent. From Reuters:

The Dutch Supreme Court on Tuesday ruled that doctors could legally carry out euthanasia on people with advanced dementia who had earlier put their wishes in writing even if they could no longer confirm them because of their illness.

The ruling is a landmark in Dutch euthanasia legislation which up to now had required patients to confirm euthanasia requests. This had not been considered possible for mentally incapacitated patients like advanced dementia sufferers.

“A doctor can carry out an (earlier) written request for euthanasia from people with advanced dementia,” the Supreme Court said in a summary of its decision.

What the Reuters story failed to mention — and apparently the Supreme Court found to be irrelevant — is that the case in question involved a woman who fought against being killed. Nor does the story mention that the doctor had drugged the woman before starting to euthanize her, and that the doctor instructed the family to hold the struggling woman down so that she could administer the lethal injection. Moreover, the patient had also stated in her instructions that she wanted to decide “when” the time for death had come — which she never did. The termination “choice” was made by the doctor and/or family in violation of the patient’s advance directive.

But why would the Dutch Supreme Court let inconvenient facts get in the way of furthering the Netherlands’ ever-expanding national killing policy that already permits infanticide, joint geriatric euthanasia of married couples, termination of the mentally ill, conjoining euthanasia with organ harvesting, and the lethal injections of people with disabilities?