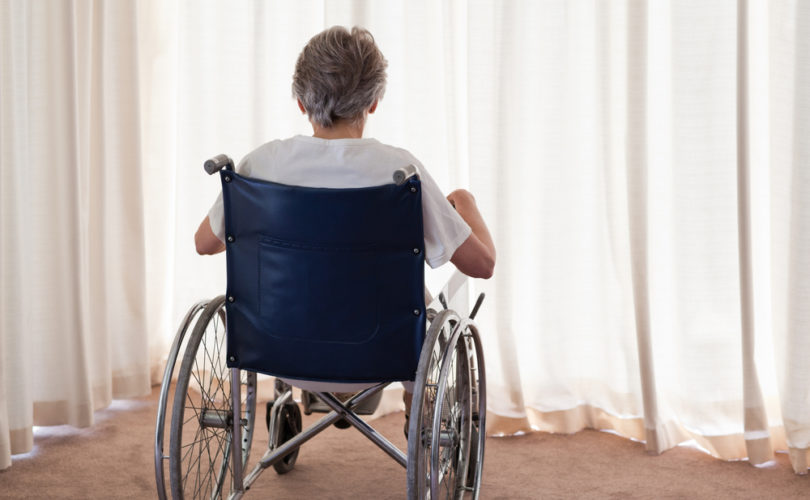 It's official. Like Belgium, The Netherlands has completely lost any sense of respect for the law and has leapt, lemming like off the moral cliff.

Dutch news is reporting on the euthanasia death of an elderly woman who sought euthanasia because she did not want to live in a nursing home.

The report said that she visited a 'special clinic set up to help people whose doctors do not support euthanasia'. This incident sparked the second reprimand of the 'Life Clinic' in the last four months. In the previous case the same clinic euthanized a woman with identified psychiatric problems without enough consultations with the woman. In this current case, according to the Trouw newspaper, the euthanasia monitoring committee concluded that “The doctor has his decision based solely on the fact that the patient was in a nursing home.”

Earlier this year, Dutch Professor Theo Boer, an early supporter of Dutch euthanasia law, changed his mind. He was most critical of the 'Life-Clinic' saying “Doctors of the End of Life Clinic have only two options: administer life-ending drugs or send the patient away.” How is this about genuine choice?

The Dutch mobile euthanasia teams whose aim is also to provide euthanasia in situations where the family doctor refuses was roundly criticised by Boer:

On average, these physicians see a patient three times before administering drugs to end their life. Hundreds of cases were conducted by the End of Life Clinic. The NVVE shows no signs of being satisfied even with these developments. They will not rest until a lethal pill is made available to anyone over 70 years who wishes to die. Some slopes truly are slippery.

From the Dutch news report:

The latest case involves a woman in her 80s who had become partially paralysed since a stroke. Twenty years previously she had written a statement saying she did not want to live permanently in a nursing home. She reconfirmed that position with her doctor 18 months ago.

In order to qualify for euthanasia in the Netherlands, the patient must be ‘suffering unbearably’.

Although this was not the case, the clinic’s doctors decided to perform the euthanasia because this is what the woman wanted. An independent doctor did assess the woman as suffering unbearably, based on gestures and her repeated use of the words ‘kan niet’. (translate: Can not)

Dutch News reports that this is the first time that such a case has been reported to the authorities who are said to be considering prosecution. The 'Life-Clinics' have euthanized over 250 Dutch citizens in just over two years.

The Trouw report adds that the referral to the 'Life-Clinic' occurred because the nursing home 'refused to comment on the euthanasia request of her children'. The woman had apparently indcated some 20 years previously in an advance directive that she did not want to live permanently in a nursing home; a claim that she apparently repeated in recent days. It is difficult to tell whether her children were re-enforcing her settled view or, in fact, pushing the case for euthanasia themselves.

Euthanasia is supposed to be available to Dutch citizens who are 'suffering unbearably' – an entirely subjective standard that clearly now extends to not being happy about where you want to live!

Reprinted with permission from NoEuthanasia.org.