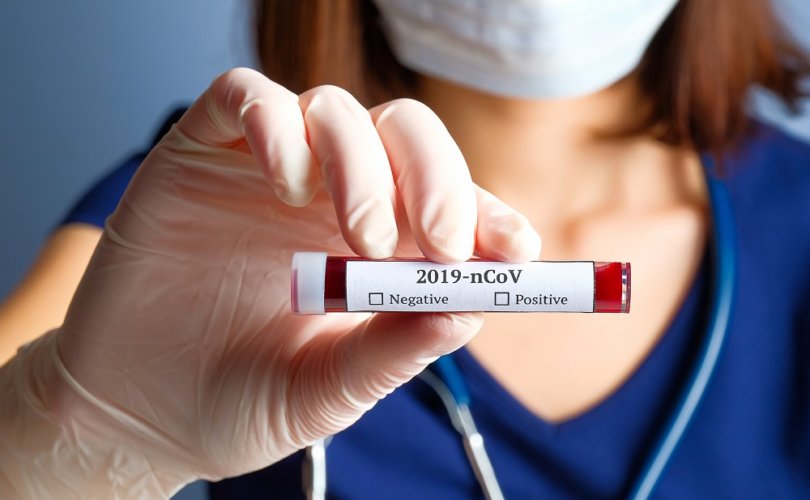 September 17, 2020 (American Thinker) — The editor-in-chief of the United Kingdom–based medical journal The Lancet, Richard Horton, continues to mislead the world, this time about the Communist Party of China's and the World Health Organization's responsibility for the worldwide spread of the Wuhan virus, AKA the Coronavirus Disease 2019 (COVID-19). I have written about their responsibility for AT here, here, and here.

Several months ago, Horton misled the world about a drug being used to treat the virus. On June 5, 2020 The Lancet retracted an article that falsely maligned the use of the drug hydroxychloroquine as a treatment for the Wuhan virus. The article was used by the propaganda division of the Democratic Party, AKA the mainstream media, to attack President Donald Trump.

It is time for another retraction, but this time for statements made during an interview. On September 4, 2020, at 17:57 into an interview on C-SPAN, Horton praised the performance of the Chinese government and the World Health Organization regarding their response to the virus. This exchange occurred:

Q: You have, as you mentioned, been at this field for 30 years. You think back to the earlier pandemics, Ebola, SARS, that have come into being, and your own publication's response to it. You say it's been nine months. It feels like to all of us like it's been a lifetime, I think. But can you comment about the speed with which the scientific community is responding to this compared to even recent past?

A: Yes, you know, it's interesting because there's been a lot of, so much criticism of China and the World Health Organization. And I understand why because this virus has turned all of our lives and our children's lives upside down. And it's understandable that we're angry about it.

But, in fact, if you actually look at the timeline, this has been the fastest that international organizations and countries like China have ever responded. If I just take you back to the early 2000's when the very, very first SARS outbreak took place, a different virus, but related, it was a coronavirus, and that outbreak of SARS in two thousand and two took place also in China. The Chinese response then was to deny the outbreak, to cover it up and hope that it would go away. And it took months for the World Health Organization to force China to come clean about what was going on.

What happened this time? The very first patient that we are aware of who was admitted to hospital was on the first of December 2019. And by December the 31st, just one month later, the Chinese government informed the World Health Organization that there was an outbreak of an unknown virus and this severe disease. And just one month after that, by the end of January, the World Health Organization had sounded the most important alarm signal that it can sound by declaring a public health emergency of international concern. It took eight months when there was the recent Ebola outbreak for W.H.O. to call a public health emergency of international concern. And Ebola's a much nastier virus than this coronavirus. It took them eight months.

On this occasion it took them one month. So both China and W.H.O. outperformed themselves from any previous pandemic. So although I think we do have questions to ask of the Chinese government, we do have reasons to be concerned about some of W.H.O.'s response and certainly many other government responses, such as my government, and sad to say, the American government, I think we also need to recognize that parts of the response were really very quick.

Now this is where I think some of the criticism of China has been very unfair because the Chinese have been accused of covering up the outbreak. Well, far from it. … [Horton refers to five research papers published by The Lancet in January 2020 that came from authors in China.] So to accuse China of covering-up and not telling the world is extraordinarily unfair.

Horton's description of what happened omits critical facts that contradict his conclusions. On June 15, 2020, House Foreign Affairs Committee lead Republican Rep. Michael McCaul of Texas released an interim report detailing the investigation into the origins and initial handling of the virus. The interim report is detailed and well sourced. McCaul's press release summarized some of the key findings.

Early Stages of the Pandemic

The Wuhan Institute of Virology

Everybody should read the interim report, especially Horton and people who subscribe to The Lancet.

Allan J. Favish is an attorney in Los Angeles. His website is allanfavish.com. James Fernald and Mr. Favish have co-authored a book about what might happen if the government ran Disneyland, entitled Fireworks! If the Government Ran the Fairest Kingdom of Them All (A Very Unauthorized Fantasy).