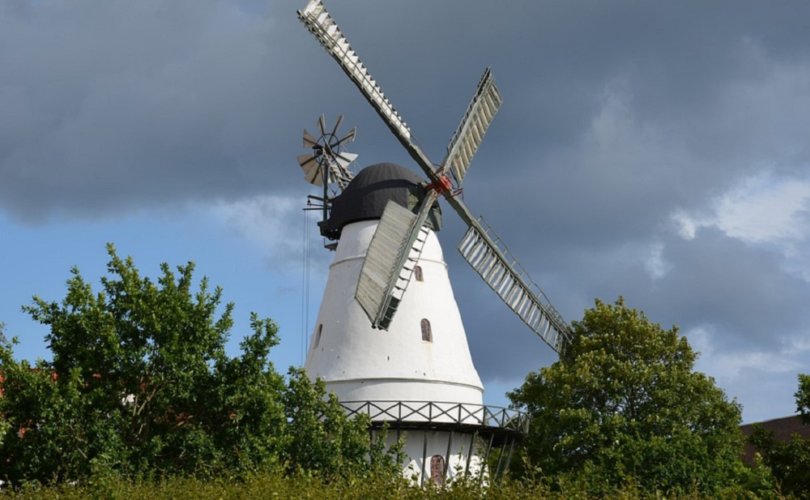 December 24, 2019 (American Thinker) — The leading Democratic candidates for president are still wedded to some form of “Green New Deal” to combat climate change as the progressive heirs of King Canute. As the Los Angeles Times has reported, Joe Biden's $1.7-trillion plan “doesn't go as far as [those of] some of his rivals” like Sen. Bernie Sanders's $16.3-trillion plan, which would require the kind of central planning Sanders embraced on his honeymoon in the Soviet Union. Sen. Elizabeth Warren is on the same leftist track with a plan of “sustained big, structural change across a range of industries and sectors.” All these schemes are meant to lower American living standards even more drastically than President Jimmy Carter proposed during his energy crisis, when he told the public to turn down their thermostats and put on sweaters. The Green New Deal would push back American society by generations into a permanent recession, where the only thing that would grow would be the welfare state.

Millennials who have swallowed the Green Kool-Aid while grafted to their smartphones should read a recent essay in The New Republic, the mainstream Left's flagship publication. Titled “Can the Internet Survive Climate Change?” the answer given is “no.” Author Kevin Lorzano declares, “The internet is inextricably tied to the coming horrors of the climate crisis. It is both a major force behind that crisis and one of its likely casualties. … The big, homogenous, world-consuming internet we know today is unsustainable.” Yet it is only part of the modern world the Green-Left wishes to destroy.

Biden claims the diplomatic experience to restore the U.S. as the global leader in the climate crusade. Yet the rest of the world is not in the mood to follow anyone into economic stagnation, as evidenced by the U.N. Climate Change Conference, just held in Madrid (December 2–13). This was the 25th annual Conference of the Parties (COP) to the U.N. Framework Convention on Climate Change. It was the usual gathering of government officials, lobbyists, and activists who squander taxpayer and donor funds on five-star hotels and restaurants in major cities while lecturing the rest of humanity on the need to cut their consumption and lifestyles to “save the planet.”

It wasn't all gourmet meals and late-night partying. There were also the mind-numbing bureaucratic meetings that compelled the escapist socializing. Consider sitting through the “workplan of the forum on the impact of the implementation of response measures and its Katowice Committee of Experts on the Impacts of the Implementation of Response Measures.”

If one looks merely at the list of events, one might think this was a serious endeavor, but it was not. The leaders of the Green movement declared it a failure because beneath the apocalyptic rhetoric was the realization that life goes on as always.

We need to be clear that the conference did not result in agreement on the guidelines for a much-needed carbon market — an essential part of the toolkit to raise ambition that can harness the potential of the private sector and generate finance for adaptation.

U.N. secretary-general António Guterres was even more blunt, stating, “I am disappointed with the results of #COP25. The international community lost an important opportunity to show increased ambition on mitigation, adaptation & finance to tackle the climate crisis.” Yet, he added, “I am more determined than ever to work for 2020 to be the year in which all countries commit to do what science tells us is necessary to reach carbon neutrality in 2050 and a no more than 1.5 degree temperature rise.” It is this kind of “the sky is falling” extremism that paints the entire Green movement as dangerous fools and confronts officials with impossible demands to commit national suicide. Even at the U.N., this kind of farce is losing momentum. The high-blown rhetoric is evolving from halting climate change to adapting to it, something our advanced civilization can do more easily than when facing past climate cycles. We are no longer primitives subject to the whims of nature. And as the “threat” is put into perspective, traditional international politics plays out as usual: battling over who is to pay for what and who gets to be a free rider.

Consider China's response to the conference. Song Chen, senior editor at the state-owned China Daily, noted, “Disappointment seems to have become the norm, rather than exception, of the UN Climate Change Conference, and Madrid has been no exception.” His aim was to place blame in accordance with Beijing's interests. “That the longest-ever climate change conference in history could deliver possibly the lamest outcome, and that too after deleting almost everything the big countries were opposed to from the final draft … speaks volumes of the mockery the rich countries have made of the fight against climate change.”

For purposes of this column, Song does not consider China a “big country.” In U.N. terms, China is still a developing country and thus a “victim” of the big and rich countries of the West. The U.S. is the leading villain: “for good reason, many civil society members and environmental activists blamed the United States for the weak outcome.” This is because President Donald Trump took the U.S. out of the 2015 Paris Accord. Song also mentions the 1997 Kyoto Protocol, which President George W. Bush refused to join. Beijing liked the Kyoto Protocol for precisely the reason Washington did not; it was based on the principle of “common but differentiated responsibilities,” which means that all the burdens, restrictions, and costs are to fall on the developed countries while the developing countries remain free to pursue economic growth. This was the foundation of the 1994 U.N. Framework Convention on Climate Change, which launched the quarter-century of COP gatherings.

Officially, this dichotomy no longer holds thanks to President Barack Obama. He stormed into a meeting of developing countries at the 2009 Copenhagen COP and demanded that all countries be treated the same; either all face requirements or none does. The developed countries rejected out of hand any mandates, so the developed countries are free of them as well. All nations maintain their sovereign right to formulate their own economic policies. The U.N. can only request that they report what they intend to do. The Chinese intend to do nothing that will slow their growth and have stated that their overall carbon emissions (already the world's highest) will continue to increase until 2030.

While Beijing is a leader in solar and nuclear power, its decisions on energy are guided by those of any rational government: it builds what makes economic sense. That is why Chinese use of coal is continuing to climb. It is cheap and abundant in a country where other sources are expensive or have to be imported. China already uses five times as much coal as does the U.S. and plans to add more coal power (290 gigawatts) than the U.S. currently produces (236 gigawatts).

Beijing has tried to use the climate issue as part of its strategy to shift the world balance of power in its favor by crippling the West as it surges ahead. Enlisting the Green fifth column is part of the effort. In his China Daily column, Song appealed to the Left by adopting their anti-growth theme even though it is anathema to his own government (presumably his bosses understood he was only engaging in propaganda). He argued, “As long as development means continuous expansion of production and consumption, we cannot expect anything to change, because rising consumption doesn't mean ensuring the well-being of the people but pampering to the greed of the haves.” This was music to the ears of those activists who have been staging protests at shopping malls to block the purchase of wanton Christmas gifts.

The Left has gone Green because it solves what has always been the fatal flaw in socialism; the inability to produce growth and improve people's lives. Now that the Greens have proclaimed growth to be bad and affluence to be evil, socialism is the perfect model for managing mass poverty in an “equitable” manner. Environmentalism will be pushed regardless of the state of scientific knowledge because socialism requires it. Capitalism will be condemned because it corrupts people with a destructive desire for more. And China and other rising nations will be ready to pick up the pieces if any “big country” in the West falls for this suicidal ideology. With its strong domestic growth program, its globe-spanning Belt and Road Initiative, and its daring space exploration agenda, “socialism with Chinese characteristics” is a very different beast. Its attitude is full speed ahead. Can we afford to do any less?

William R. Hawkins is a consultant specializing in international economic and national security issues. He is a former economics professor who has served on the staff of the U.S. House Foreign Affairs Committee.