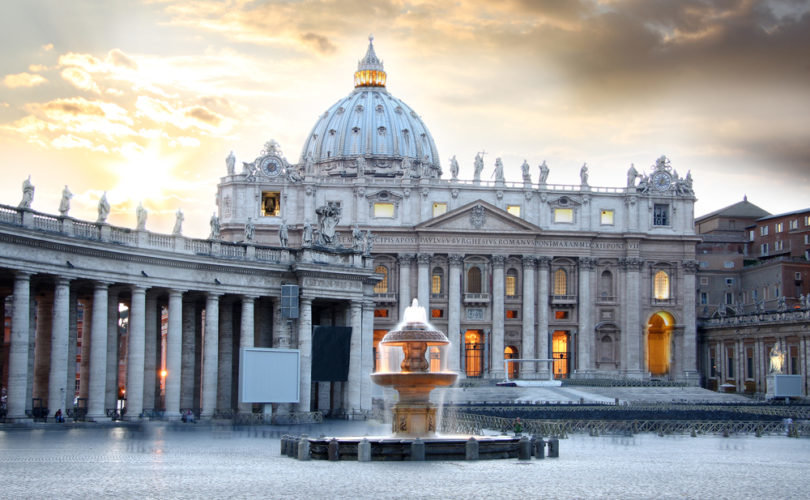 November 19, 2019 (CatholicCulture.org) — A member of the board of the Vatican's Financial Information Authority (AIF) has resigned, telling the Associated Press that there is “no point in staying on the board of an empty shell.”

The resignation of Marc Odenhall, a Swiss banker and philanthropist, follows closely after the departure of Rene Bruelhart, the president of AIF and also a board member. In his remarks to AP, Odenhall left no doubt that the AIF has been fighting a losing battle to protect its autonomy.

Questions about the independence of the AIF came to the fore in October, when Vatican police raided the agency's offices, and the AIF's director, Tommaso Di Ruzza, was suspended. The Vatican has not provided an explanation for the raid or the suspension.

However, informed Vatican officials indicate that the AIF was caught up in a power struggle with other Vatican agencies, notably the Secretariat of State, which sought to curb the AIF's access to details of certain financial transfers.

The AIF was established by Pope Benedict XVI in 2010, and charged with responsibility for supervising financial transactions, in a bid to restore international confidence in the Vatican's financial affairs. The AIF has enjoyed some success in that task, bringing the Vatican into compliance with international banking standards. That progress could be jeopardized, however, by the latest developments.

Vatican prosecutors have still not given the AIF a listing of the documents that were confiscated during the October raid, sources disclose. And the removal of documents itself endangers the AIF's standing with international banking authorities, since the AIF is obligated to protect the confidentiality of materials shared by international banking regulators and law-enforcement officials.

The uncertain status of AIF comes at a time when Vatican financial affairs are under new critical scrutiny. “We cannot access information and we cannot share information,” complained Odenhall in explaining his decision to resign.

Bruelhart's departure was almost certainly due to the same frustration. The departing president has told reporters that he resigned. Vatican officials offer a different story, saying that the president's term had expired. But there was no set term for his office.