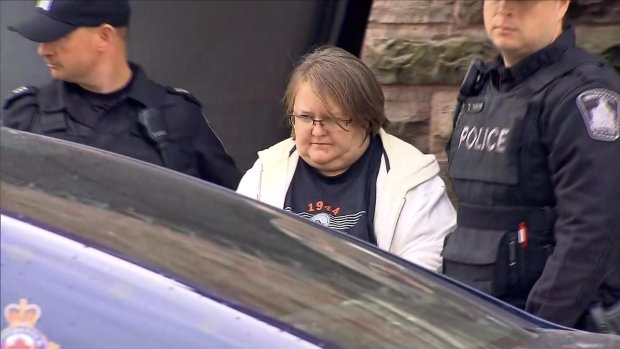 Elizabeth Wettlaufer, a nurse, has been charged with 8 counts of first degree murder in what is being defined as possibly the worst case of a seriel killer in Canadian history.

October 26, 2016 (Alex Schadenberg) — Southwestern Ontario is shocked by the revelation of allegations that a nurse was responsible for 8 deaths in care homes in Woodstock and London Ontario.

As shocking as it is that Elizabeth Wettlaufer, 49, of Woodstock; has been charged with 8 counts of first degree murder in what is being defined as possibly the worst case of a serial killer in Canadian history, we need to demand that an in-depth investigation be done into every care home in Canada, especially now that euthanasia and assisted suicide are now legal.

We should mourn the deaths of James Silcox (84), Maurice (Moe), Granat (84), Helen Matheson (95), Gladys Millard (87), Mary Zurawinski (96), Helen Young (90). Maureen Pickering (79) of Woodstock Ontario and Arpad Horvath (75) who was a resident at Meadow Park nursing home in London, but we must also recognize that these are a group of many deaths caused by people who falsely consider themselves angels of mercy in our medical system.

As Executive Director of the Euthanasia Prevention Coalition, I have received calls from people who are convinced that their loved may have been prematurely killed in a hospital or nursing home. These cases are very frustrating because it is nearly impossible to prove that such an act has occurred and the financial and personal costs associated with gaining justice is prohibitive.

Consider Joy Wawrzyniak who has been fighting for more than 6 years to gain some justice in the death of her father, Douglas DuGuerre. What about the case of Annie Farlow who died under suspicious circumstances at 80 days of age? Should we shrug off Annie's death because she was born with significant disabilities?

Cases of doctors or a nurse intentionally causing the death of a patient are not uncommon.

Several cases have been reported in the media in the past such as the death of David Gray, in which the doctor received a nine month suspended sentence for negligence causing death.

Further to that, deaths without request or consent occur even when euthanasia or assisted suicide are legal.

A recent NEJM study on the practice of euthanasia in the Flanders region of Belgium found that 1.7% of all deaths (more than 1000 deaths) were hastened without explicit request in 2013.

The Lancet study analyzing the Netherlands euthanasia experience found that there were 310 hastened deaths without explicit consent in 2010 in the Netherlands.

It is not safe to give doctors, or others, the right in law to cause death of their patients.

When a nation legalizes euthanasia, it gives medical professionals, who were already willing to kill their patients the legal right to proceed.

Unless every Canadian Province does an in-depth research study into the deaths at care institutions, we will never know how many intentional killings occur yearly in our country.