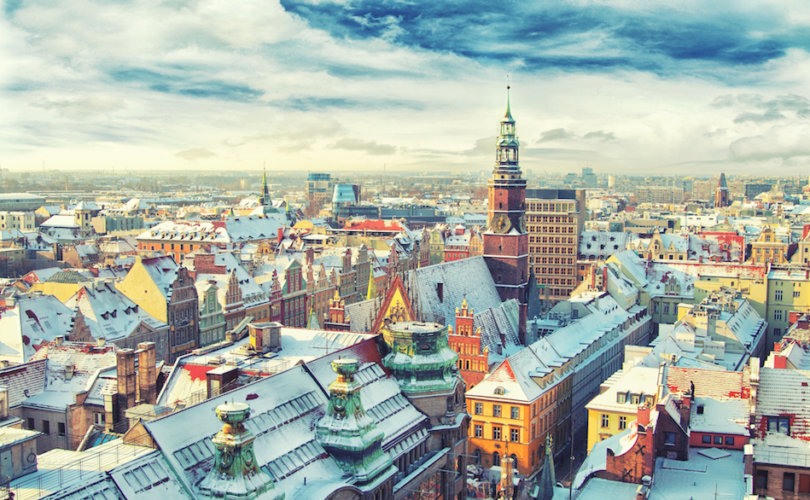 December 5, 2017 (Population Research Institute) – The European Union (EU) has warned Poland not to pass any legislation banning abortion in cases where unborn children are living with severe congenital disabilities.

On November 15, the European Parliament (EP) adopted a resolution initiating the formal process for rebuking an EU Member State found to be in “serious breach” of their obligations under the Treaty on European Union (TEU).

The EP alleges that Poland may be in violation of core EU principles with respect to human rights and democratic values. While the EP’s resolution primarily addresses the independence of the judiciary, it also condemns Poland for considering pro-life legislation that would protect the unborn children living with disabilities.

The resolution also calls on Poland to repeal a recent law signed by Polish President Andrzej Duda prohibiting the over-the-counter sale of the morning-after pill without a prescription. Previously, girls as young as 15 were able to obtain the morning-after pill over the counter. The EP’s resolution further calls on the Polish Government to provide free contraception to everyone at the taxpayer’s expense.

The EP further criticized the decision of the Polish Government to cut funding for liberal “women’s rights” organizations, such as the pro-abortion organization BABA Lubuskie Center for Women’s Rights. Left-wing observers have noted with alarm that funds that, under previous administrations, would have been given to pro-abortion groups have instead been awarded to Catholic organizations more in line with Polish traditional and family values.

Over 90 percent of Poland is Catholic and an overwhelming majority of Poles are opposed to legalized abortion.

The EP’s resolution instructs the Committee on Civil Liberties, Justice and Home Affairs to produce a report detailing Poland’s alleged violations of the TEU. It is anticipated that the report commissioned by the European Parliament will serve as the basis for a “reasoned proposal” which will likely be used as justification to invoke Article 7(1) procedures under the TEU.

Under Article 7(1), the European Union may vote to declare Poland in “serious breach” of EU democratic values and its human rights obligations under the treaty.

A formal rebuke of Poland under Article 7 would further pressure the European Council to consider taking formal corrective measures against Poland, including indefinitely suspending Poland’s voting rights in the European Council. A suspension of a voting rights, however, would require the unanimous consent of all other Council members, a perhaps unlikely outcome given Hungary President Viktor Orban’s proclivity to resist EU overreach.

The EP’s move against Poland, however, represents the first time Article 7 is being used to condemn a Member State for pro-life legislation.

The EP resolution on Poland preemptively condemns any proposal to ban abortion of the unborn living with disabilities, despite the fact that no such bill has yet been introduced in the Polish parliament. The resolution “Strongly criticises any legislative proposal that would prohibit abortion in cases of severe or fatal foetal impairment.”

Earlier this year, the Polish grassroots organization the Stop Abortion Committee launched a citizen’s petition to ban abortion in cases of fetal disability. According to the Stop Abortion Committee, the petition has received 830,000 signatures, more than eight times the number of signatures required by Polish law for submitting a legislative proposal to parliament and nearly twice as many as signatories as last year’s failed initiative to ban all abortion. Both Polish President Duda and Prime Minister Beata Szydło have declared their support for the initiative.

The European Parliament’s attempt to censure Poland for considering legislation to protect the lives of the unborn with disabilities represents an unprecedented attempt by the EU to intervene in the democratic process of a Member State. The motion further transgresses on the right for states to protect the inherent and fundamental right to life through law as guaranteed by the International Covenant on Civil and Political Rights.

According to a CBOS poll from last year, as cited by the The Catholic World Report, 66 percent of Poles believe that human life should be protected “regardless of the circumstances” from “conception to natural death.” A separate 2014 poll found that 65 percent of Poles consider abortion “morally inappropriate.”

Although a small majority of Poles (53%) still support the status quo on abortion in cases of the unborn living with disabilities, pro-life sentiment in Poland has grown significantly in recent years. Since 2012, the number of Poles who support legislation restricting abortion has increased by 7 percent. Pro-life sentiment in Poland is likely to increase further in the coming years. A full 80 percent of young adults (18-24 years of age) support a complete abortion ban compared to only 50% of adults over 65.

“Two and a half centuries after being carved up by Germany, Austria-Hungary, and Russia, Poland again faces a threat to its future as an independent nation,” says Population Research Institute President Steven Mosher, “Only this time the danger is not only that its territory would be incorporated into a larger European state, but also that it might be forced to deny its own religious culture as a nation of faithful, practicing Catholics.”