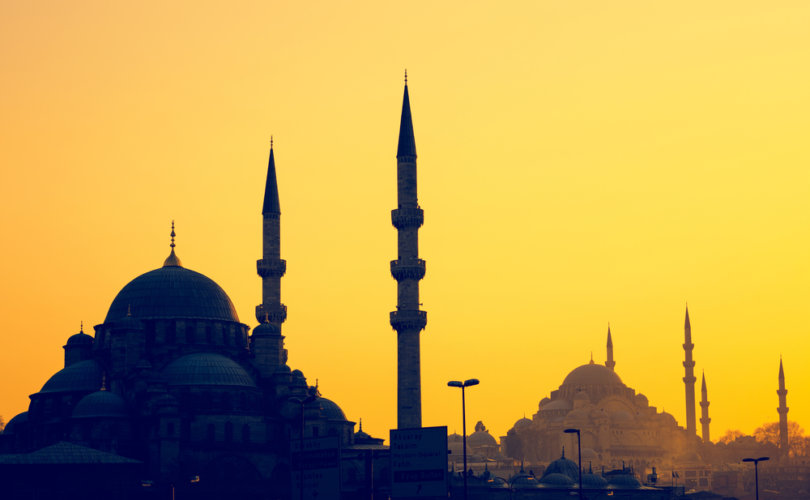 August 31, 2016 (LifeSiteNews) – For the first time in modern history, Europe’s deaths have exceed births with the continent in perfect health, free of the diseases and wars that reduced numbers catastrophically during ancient and medieval times.

But that’s not all, reports Guilio Meotti, in an article published by the Manhattan-based, conservative-minded Gatestone Institute. Although “during 2015, 5.1 million babies were born in the EU, while 5.2 million persons died, the overall “European population increased overall from 508.3 million to 510.1 million.”

As the article’s title, “Europe: The Substitution of a Population,” foretells, mass immigration from different cultures in Africa and the Middle East accounts for the growth. Meotti prophecies nothing less than the death of Europe.

“Europe's suicidal birth rate, coupled with migrants who multiply faster, will transform European culture. The declining fertility rate of native Europeans coincides, in fact, with the institutionalization of Islam in Europe and the ‘re-Islamization’ of its Muslims.”

European leaders, almost all secularists, don’t seem to care, Meotti observes. They have already let the civilization that led humanity from pagan darkness fall back into something worse: “a frivolous libertarianism, an ideology under the guise of freedom, that wants to deconstruct all the ties that bind man to his family, his parentage, his work, his history, his religion, his language, his nation, his freedom.”

Which might well be a laugh riot while it lasts, but not one that the rioters are likely to defend to the death. Catholic leaders such as Cardinals Raymond Burke and Bechara Rai warn that Islam will soon supplant Christianity. Father Piero Gheddo, whom Meotti describes as a “great Italian missionary,” has put it succinctly: “Islam would sooner rather than later conquer the majority in Europe.”

But the masses are not listening and the cultural elites “have turned against the values of their own Judeo-Christian culture and combined it with a hallucinatory, romanticized view of the values of other cultures.”

It is a broad-brush Jeremiad that goes both too far and not far enough. David Goldman argues in How Civilizations Die: (And Why Islam Is Dying Too) that the demographics look even worse for the same Islamic countries that are repopulating Europe in her decline. But because modern medicine and enhanced nutrition have reduced their death rates well below their falling birth rates, their populations still grow alarmingly for us, and their birth rates decline alarmingly for their own leaders — ‘’indeed,” Goldman writes, “at rates never before registered anywhere.”

Europe might still fall beneath an Islamic tide before that tide itself wanes. But Goldman at his gloomiest warns of something worse: As fragile Muslim states foresee their own doom, they may be drawn to wage an apocalyptic war that brings triumph or nuclear death for the world. At best, the complex modern world may not be sustainable as populations everywhere diminish.

But Goldman observes something positive: devout, conservative Christians and Jews are rejecting the secularist, hedonist and selfish influences of modernity and having big families. Therefore, the United States and Israel, with their large populations of faithful, continue to prosper. Where Goldman’s and Meotti’s doomsaying directs our attention is to a future informed by the past.

Can we learn from the early Church under Roman persecution, from medieval Britain beset by Viking barbarians and unstoppable plagues, and from eastern Christendom under the Soviets? Is it too soon to plan and plant a Christian resistance movement across Europe in anticipation of Muslim conquest?