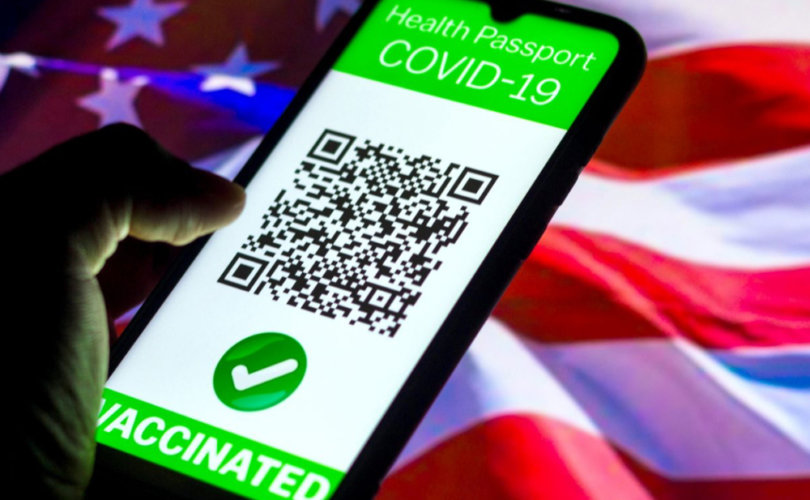 (Brownstone Institute) – Acting on a proposal of the European Commission, the European Parliament, as expected, voted Thursday to renew the E.U. Digital Covid Certificate for another year. The vote was 453 for, 119 against and 19 abstentions.

The certificate regulation had been scheduled to expire on June 30. Earlier this month, a delegation from the parliament had already reached a “political agreement” with the Commission on renewing the certificate, thus making yesterday’s vote virtually a foregone conclusion.

The certificate regulation was originally adopted in June of last year, ostensibly to facilitate “safe travel” between E.U. member states. But the EU digital certificate quickly evolved into the model and sometimes infrastructure for the domestic “health” or COVID passes that would serve to restrict access to many other areas of social life over the following year.

The E.U. has opted to extend the COVID certificate despite the overwhelmingly negative results of a public consultation on the subject that was launched by the European Commission under the heading of “Have Your Say,” and that was open to the public from February 3 to April 8. The consultation elicited over 385,000 responses – almost all of which appear to be opposed to renewal!

In a letter to the European Ombudsman that the French member of the parliament Virginie Joron posted on her Twitter feed, Joron writes:

I read hundreds of responses at random with my team. I did not find any in favor of extending the QR code [i.e. the digital certificate]. Based on this large survey, it seems obvious that virtually all the responses were negative.

The overwhelmingly negative tendency of the responses was indeed evident from the outset. The first full page of responses, all of them dating from February 4, is available here. They are, of course, in a variety of European Union languages: French, German, Italian, and also one in English.

To provide readers an idea of the tenor, here is a translation of just the first line or two of the first several responses (starting from the bottom of the page):

There are claims made in the draft document that are not scientifically supported. For example, it is claimed that the Covid certificate represents effective protection against the spread of the virus – what data can support this claim?…

Hello, I am shocked and disgusted by the freedom-killing decisions taken in the EU … as regards this “European certificate” …

The covid certificate or green pass SHOULD BE ABOLISHED immediately as discriminatory and unconstitutional and not supported by any scientific data, because it is exclusively based on PUNITIVE measures for citizens…

I am opposed to the extension of the green pass, which serves no purpose other than creating discrimination…

I never want to be subjected to a discriminatory certificate again…

— Article continues below Petition —
PETITION CONGRESS: Stop the grooming & sexualization of children in schools
Show Petition Text
6902 have signed the petition.
Let's get to 7500!
Thank you for signing this petition!
Add your signature:
Show Petition Text

And, finally, the English-language entry:

The digital Covid certificate should end immediately. There is so much data that supports the fact that digital passports have zero positive impact on transmission rates and in fact in the most vaccinated and highly regulated countries, there [sic.] covid rates are insane…

The renewal of the Digital Covid Certificate does not mean that it will be immediately applied, but that the infrastructure will remain in place and that it can be applied if and when member states see fit to do so.

The current rules for holding a valid EU Digital Covid Certificate do not only, needless to say, discriminate against the unvaccinated, but also against natural immunity, which is treated as more ephemeral than vaccine-induced immunity.

Proof of completed primary vaccination makes a certificate valid for 270 days; proof of having received a booster dose confers unlimited validity for the moment. On the other hand, proof of “recovery” – with a positive PCR test being the only accepted proof – only confers 180 days of validity.