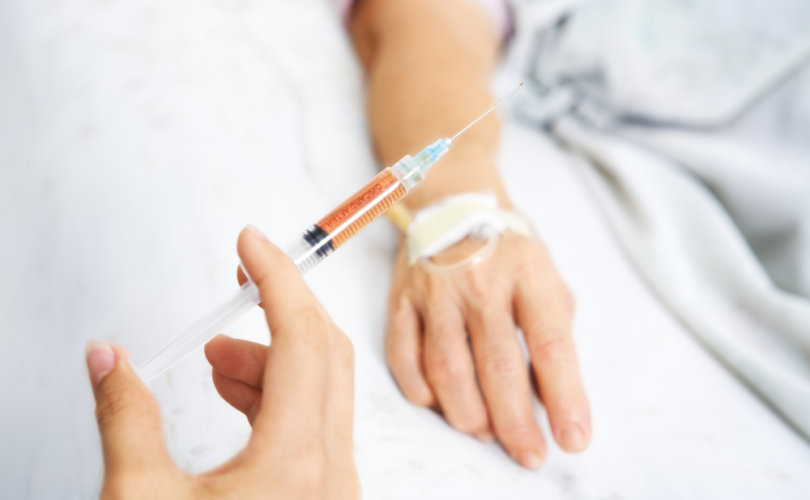 August 1, 2018 (Euthanasia Prevention Coalition) – The media is reporting that the Belgian euthanasia data has been released. The data shows that the number of euthanasia deaths continues to increase, euthanasia deaths for conditions related to aging have skyrocketed and three children died by euthanasia.

There is no sign that the problems of euthanasia without request and unreported euthanasia deaths have been reduced.

When releasing the 2015 euthanasia data, Wim Distelmans, the chairman of the Euthanasia Evaluation and Control commission told the media that they cannot say for certain the actual number of euthanasia deaths. Distelmans stated:

Remember, there could be some euthanasia cases carried out but which are not declared so we cannot say for certain what the number is[.]

Distelman's comments were based on the research published in the New England Journal of Medicine (NEJM) (March 19, 2015) on the euthanasia practice in Belgium that found:

By comparing the data from the 2013 NEJM study to the official 2013 Belgian euthanasia commission data it is clear that almost half of the euthanasia deaths in 2013 were not reported to the commission.

A significant and continuous problem in Belgium is the number of assisted deaths without explicit request. According to the NEJM study:

Last year, Dr Ludo Vanopdenbosch, a palliative care specialist, resigned from the Belgian euthanasia commission after the commission approved the death of a person who could not have consented to euthanasia. Vanopdenbosch explained in his resignation letter that:

The most striking example took place at a meeting in early September, … when the group discussed the case of a patient with severe dementia, who also had Parkinson's disease. To demonstrate the patient's lack of competence, a video was played showing what Vanopdenbosch characterized as “a deeply demented patient.”

The patient, whose identity was not disclosed, was euthanized at the family's request… There was no record of any prior request for euthanasia from the patient.

Dr. An Haekens, psychiatric director at the Alexianen Psychiatric Hospital in Tienen said:

It's not euthanasia because the patient didn't ask, so it's the voluntary taking of a life[.]

This appalling case of euthanasia without request is not the first dispute. The AP revealed a rift last year between Dr. Willem Distelmans, co-chair of the euthanasia commission, and Dr. Lieve Thienpont, an advocate of euthanasia for the mentally ill. Distelmans suggested some of Thienpont's patients might have been killed without meeting all the legal requirements. Prompted by the AP's reporting, more than 360 doctors, academics and others have signed a petition calling for tighter controls on euthanasia for psychiatric patients.

Euthanasia is out of control in Belgium. Some day the people will wake up and realize how crazy the euthanasia ideology is and recognize the social and human destruction euthanasia has caused.