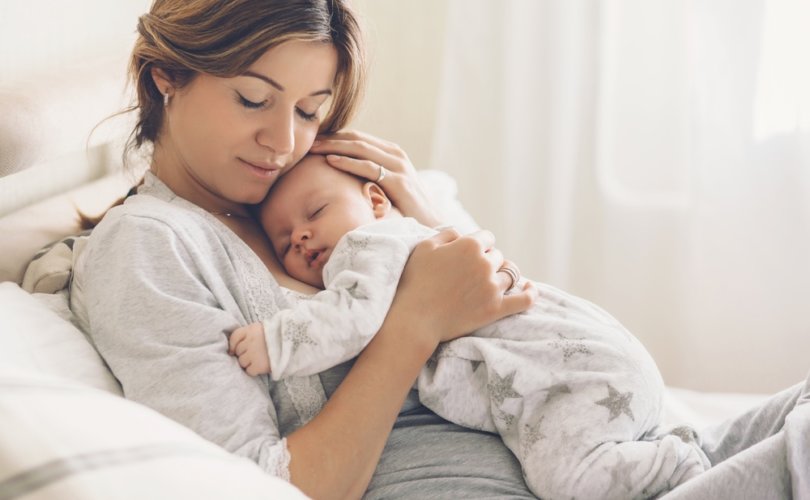 (LifeSiteNews) –– “I would rather have thirty minutes of wonderful than a lifetime of nothing special.” That line from one of my favorite movies, Steel Magnolias, came to mind as I read a sad story this morning.

The Cut wrote an article advertising New York’s “abortion-at-anytime” stance and even offered women across the country the opportunity to travel to New York for abortions, saying the residents of New York would cover the travel costs and the abortion.

They preluded this by exploiting a very sad—and no doubt deeply personal—story of a mother from Louisiana.

A mom named Nancy was told at around 10 weeks that her baby was developing with acrania, a neural tube defect characterized by the partial or complete absence of the skull. Needless to say, Nancy was distraught.

The Cut claims her doctors would not perform an abortion, seemingly wanting to avoid “prosecution” or “fines.” So, Nancy traveled to New York and had her baby killed.

Acrania can be detected in the first trimester via ultrasound and can also be detected through a blood test done in the second trimester. But here’s the thing, doctors, tests, and even ultrasounds can be wrong. In fact, it happens more than you think.

Do a quick search, and you’ll be met with millions of testimonies about times doctors were wrong about a fetal diagnosis.

My mom experienced this firsthand when in 1995 the doctor told her that her 9-week-old baby had died. They performed a sonogram and were unable to detect the baby moving around and declared that unfortunately, the baby was dead. She was told to have a D&C done right then and there.

As soon as he was in, the hospital begrudgingly scheduled for him to do a pelvic ultrasound—most likely hoping to prove this crazy mom wrong.

Guess what? The baby was still alive. The hospital had been wrong and had almost forced my mom get an abortion.

About seven months later, I was born perfectly healthy. Doctors can be wrong. I’m living proof.

For the sake of argument though, let’s say Nancy’s doctors were right – her baby was developing with acrania. Abortion still isn’t the answer.

While a baby with acrania will most likely die only hours after birth or even be stillborn, carrying that baby to term is the loving thing to do. Back to my quote at the beginning. Wouldn’t you rather have thirty minutes of wonderful than a lifetime of nothing special? Giving birth to a baby with acrania gives the parents a chance to hold their baby, name her, take photos with her, and create loving memories that will last a lifetime.

Abortion is traumatic. Watching your newborn die is traumatic. However, carrying that baby to term also offers healing, as the parents will know with absolute certainty that they did everything in their power to give the baby the best chance at life.

Abortion rips and tears that away, offering the mom and dad nothing but more trauma.

Trauma is what The Cut is advertising for moms who travel to New York, not healing and not compassion. Just trauma.

Katie Brown is the director of American Life League’s Marian Blue Wave program, which asks Catholics to pray a weekly Rosary for an end to abortion. Under Brown’s direction, the Marian Blue Wave has grown to 10,000 prayer partners in more than 31 countries around the world and has seen the closure of 67 Planned Parenthood facilities since the program’s inception in 2019.