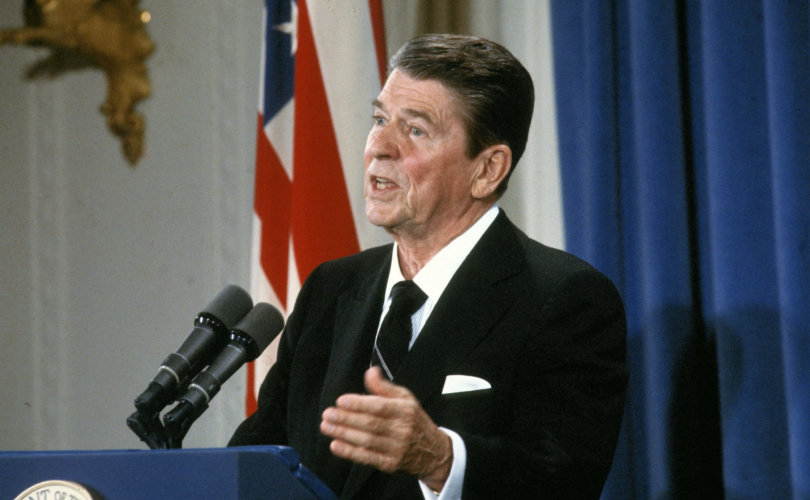 (LifeSiteNews) — Early this year my wife and I were approached by politically active friends in Ave Maria, Florida, where we live.  They asked us if we would be willing to become Republican Committeemen for our local precinct here in Collier County, Florida.

I must admit that I hesitated. I had a number of reasons for not wanting to get involved in local politics, none of which had to do with getting off the couch and out the door.

Truth be told, I was getting out the door quite a bit already, both at home and abroad. I run the Population Research Institute, a pro-life organization whose home offices are in Virginia and which has affiliates around the world. Moreover, I frequently speak at conferences and college campuses. Weekends not taken up with travel are precious.

I write books as well, a side job that keeps me chained to my computer evenings and weekends.  My latest, The Politically Incorrect Guide to Pandemics, had kept me busy with back-to-back interviews when it was published a few weeks ago, including appearances on Tucker Carlson and other Fox, EWTN, and NewsMax shows.

Add to this the fact that, over the past few decades, I had already been doing my part on the national level. I have testified before Congress on China policy and population issues a couple dozen times, and served on the presidential-congressional commission that set up Radio Free Asia. More recently, I had aided Donald Trump’s electoral efforts in 2016 and then again in 2020 by serving as a member of his Catholic Advisory Committee.

So I had several reasons for not getting involved in what I thought of as purely local politics and, with a little thought, could have come up with a few more.

But these are perilous times in our Republic, so perilous that it is unclear if it will long survive—at least in any form that would be recognizable to our Founders. One by one, the checks and balances that these brilliant and inspired men built into our system of government two-and-a-half centuries ago are being chipped away by power-hungry elitists in favor of, well, woke communism.

Our rapid descent into hi-tech tyranny has caught many by surprise.

The terrorist attacks on 9-11 led the Congress to pass the Patriot Act. Secret FISA courts were created, and our intelligence agencies, for the first time, were allowed to surveil U.S. citizens. Aided by the Department of Homeland Security (DHS) and the Office of the Director of National Intelligence (ODNI), “We The People” have been under constant surveillance by the state ever since.

Obama took these anti-terrorism tools to the next level and redirected them to almost exclusively target his political enemies.  This targeting became even more obvious under Biden, who has of late taken to angrily insisting that Trump voters are a “threat to democracy.” The surveillance state, run out of the National Security Division of the Department of Justice, dutifully echoes its current master. The FBI now claims, against all evidence, that “domestic terror threats from right-wing extremists are the biggest national security threat.”

Add to this the fact that the Biden administration is in a kind of public-private partnership with social media platforms that allows it to collude with, if not control, messaging through Twitter, Facebook, and other platforms.  The regime of censorship being imposed on the internet by the surveillance state, aided by “disinformation experts” and left-wing media employees, grows stricter day by day.

I was personally victimized by this collusion. Facebook took down my February 2020 New York Post article on the laboratory origins of the China Virus. I recently learned that this may have come about as a result of a personal request from Fauci to Zuckerberg,

The big picture is that, for the past seven years, the surveillance state has done everything in its power to hamstring Donald Trump. At the same time, it has made strenuous efforts to protect Hillary Clinton’s and Joe Biden’s criminal activity from scrutiny. The FBI’s suppression of Hunter Biden’s laptop, aided by social media censorship of its damning contents, constituted a blatant effort to rig the 2020 election.

This domestic surveillance state, unchecked by Congress or the Supreme Court, has become a fourth branch of government, answerable only to the radical Left. (The best description of this shadow branch of government is by Sundance, who calls it the “Intelligence Branch.”)

Donald Trump and those who support him are a threat to this Intelligence Branch and to the Democrat Party which it loyally serves. That’s why Mar-a-Lago was raided by the FBI. The Intelligence Branch was determined to collect any and all documents that would reveal their corrupt activities over the past few years, starting with the “Russian collusion” hoax.

If the radical Democrats will use the FBI as their personal gestapo to raid the home of the leader of the political opposition—and steal every piece of paper they could find, including his passports and medical records–think about what they will do to you.

(By the way, they also trashed 16-year-old Baron Trump’s bedroom. Of course, over the past two years they’ve had Hunter Biden’s laptop in their possession, they have not even bothered to crack it open. And of course they have never raided Hunter’s bedroom.  Can you even imagine what they would find if they did? For a sneak preview watch Breitbart’s new movie, “My Son Hunter.”)

Biden’s Red Sermon of last week, in which he slandered half of America and its leader as “extremists,” was clearly a deliberate provocation. As LifeSite has pointed out, Biden seems to be deliberately fomenting civil unrest, or even civil war, with his violent rhetoric.  After all, there is an election coming up in less than two months, and he and his party need something—anything—to distract the public from the stench of their failures.

So what can we do to stop this demented dolt and his defenders from transforming our Republic into something unrecognizable?

First of all, we must realize that this hydra-headed monster cannot be defeated in its own lair. As the brutal mistreatment of the J-6 prisoners makes clear, Washington, D.C., is now enemy-occupied territory.

Entire departments of the federal government must be shut down, starting with the FBI. The present crop of RINOs, especially in the Senate, are simply not up to the task. Mitch McConnell has far more in common with Chuck Schumer than he does with us.

The only way to defeat the surveillance state and its political henchmen is through a nationwide campaign starting at the grassroots. We must go  county-by-county and state-by-state to take control of the Republican Party organization, root out the RINOs, and put up good conservative candidates to win local elections.

The process of vetting and endorsing candidates starts at the level of the local or county Republican committee. Those we select must be committed to Life, family, faith, and freedom—and to electoral reform. In return for our endorsement, they must promise to push for election reform laws forbidding the use of electronic voting machines, while mandating hand-counting at the polling place. Voting by mail is rife with fraud and must made the exception, rather than the rule.

That’s why, this past February, I agreed to join the Collier County Republican Committee, or CCREC.

Over the past six months, I and several of my children (whom I “voluntold” to help) have handed out flyers and led a voter registration drive. I and my fellow committee members also endorsed candidates for local and state offices including, for the first time ever, candidates for the local school board. All committed to respect parent’s rights and help get radical sex education and Critical Race Theory out of the schools.

And they all came in first in the primaries. Our candidates now face run-offs in November against teacher’s union endorsed, CRT-promoting, sex-education-touting incumbents. But we are confident that they will win.

Across America as a whole, the juggernaut that we are confronted with is unprecedented in American history. Never before have we faced a hostile surveillance state, a censorious social media, and a Democrat Party which is socialist in all but name.

But we are not alone. Across America, there are hundreds of thousands of Americans who, like me, are becoming active in politics for the first time.

I close with a quote from one of our greatest presidents, Ronald Reagan:

Everyone is capable of doing something.

And everyone must do something, lest the darkness overtake us.