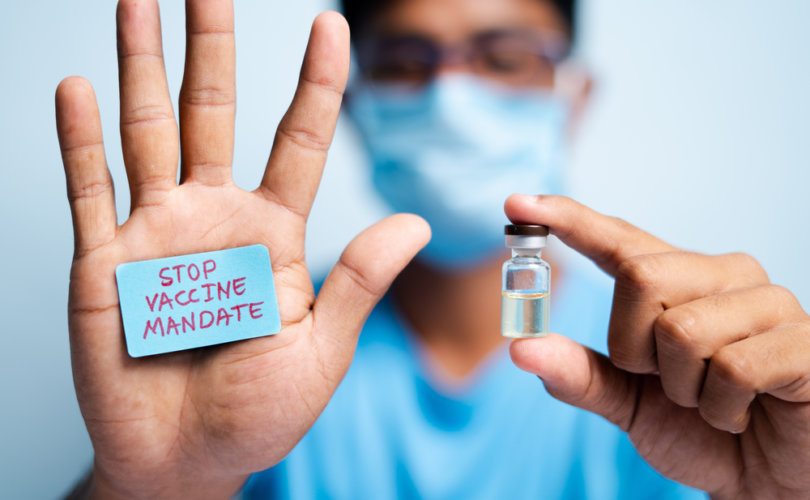 (LifeSiteNews) — Three recent books crucial to the current debate on COVID policy and vaccine efficacy have spared no detail in examining the utter failure of the official mandates that have devastated our countries. The Price of Panic: How The Tyranny of Experts Turned A Pandemic Into A Catastrophe, by Douglas Axe, William Briggs and Jay Richards; COVID-19 And The Global Predators, by Peter and Ginger Breggin; and The Truth About COVID-19: Exposing The Great Reset, Lockdowns, Vaccine Passports, and the New Normal, by Joseph Mercola and Ronnie Cummins, with a penetrating Foreword by Robert F. Kennedy Jr., have set the terms for informed pushback.

The cudgels have been taken up by Dr. Peter McCullough, vice chief of internal medicine at Baylor University, and a group of 57 leading scientists who convincingly argue that the vaccine rollout must be discontinued. Though they will suffer the usual onslaught of so-called “fact checkers” and the pro-forma refutations of a complicit iatrarchy, their testimony seems definitive. Senior U.S. army doctor Lt. Col. Theresa Long has recently testified to the same effect, having found that even the under-reported VAERS “in only a few months into the vaccination campaign, already had more deaths than in any year for all vaccines combined in each of the 10 years previously.” She has had to ground pilots “due to vaccine injuries,” she said, “yet we are mandating every single American to get on board a single aircraft piloted by bureaucrats and administrators who are unfit to fly the aircraft. They need to be grounded.”

The news from Israel, often considered the cutting edge of COVID policy, confirms the growing skepticism about the validity of the vaccines. An article in the country’s prestigious Arutz Sheva (Israel National News) reports on the findings of infectious disease specialist Dr. Hervé Seligmann of the Aix-Marseille University Faculty of Medicine Emerging Infectious and Tropical Diseases Unit, who claims baldly, “vaccinations have caused more deaths than the coronavirus would have caused during the same period.” Taking issue with the erroneous data released by the Ministry of Health, Seligmann concludes, “The data in the table, rather than indicating the vaccine efficacy, indicate the vaccine’s adverse effects.” He is not alone in his skepticism of an officialdom that plays fast and loose with statistical manipulations.

Like many of his elite colleagues, University of Waterloo molecular biologist Michael Palmer has also sounded a graphic warning, which makes mere “hesitancy” seem mild in comparison: mRNA vaccines actually weaken the immune system and there is only a limited number of such injections the body can tolerate before toxicity claims its victim. Even NIH infectious disease doctor Matthew Memoli now believes that mandated vaccines are “extraordinarily problematic.” New data (translation) from Germany shows that C-19 vaccines have had 54 times more deaths in less than a year’s use than all other vaccines taken together for 21 years.

A phenomenon called Original Antigenic Sin (OAS), first studied in the 1960s, indicates that vaccinated individuals will react to SARS-CoV-2 only in the way the vaccine instructed them to, but not to the variants that will inevitably arise owing to the vaccines themselves. The problem here is that when the epitope varies even slightly, the immune system does not adapt and instead relies on its memory of the earlier infection to mount an inaccurate secondary response. Hence the alphabet of mutations and of increasing COVID illness among the vaccinated.

With this inadequacy in mind, Stacey Lennox at PJ Media refers to a University of California preprint study that shows “the precise opposite of what President Biden, Dr. Anthony Fauci, and Dr. Rochelle Walensky are telling you. This pandemic is not one of the unvaccinated. Instead, this pandemic will be made worse by variants that are increasingly capable of evading the immune response to the spike protein thanks to mass vaccination” — just as OAS stipulates. No matter how many shots are administered, each injection is only a single shot fired from a musket against an ever-growing horde of viral attackers.

None of this is surprising. Testing protocols may be defective, a possibility both Pfizer and the FDA, for example, seem reluctant to acknowledge. We know, too, that  Pfizer, Moderna,AstraZeneca and Johnson & Johnson vaccines have been paused or suspended at various times in different countries due to adverse reactions. (Health Canada has recently added an autoimmune disorder warning to AstraZeneca and Johnson & Johnson vaccines, including blood clot and capillary leak syndrome conditions.) And there is, in the nature of the beast, a complete absence of longitudinal trials — the so-called “harm equation” or “calculus of negligence,” that is, an infringement of the burden of adequate precautions. As Palmer reminds us, “No proper toxicity study has ever been done of mRNA protein shots, which is a scandal.”

From whatever parallax we adopt, skepticism is clearly warranted. Food for thought, if not serum for the body.