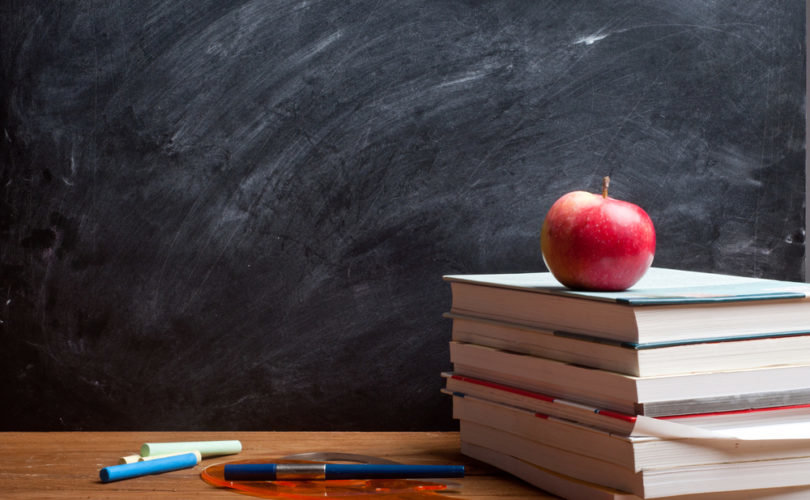 July 19, 2018 (American Thinker) – Beware the traitor, we are finding out. History will probably record that high-ranking government officials tried to overturn the election of Donald Trump. History, I suspect, will use the word coup and will call these people traitors. This is unpleasant stuff but also clarifying. A small group of people, well organized and focused on the same goal, can overturn and destroy much larger organizations.

John Dewey and his supporters, a century ago, did not think of themselves as traitors, nor would they use the word coup. But they organized themselves in exactly that fashion. A few hundred professors of education took control of Columbia's Teachers College, et al. with the goal of creating “progressive” teachers who could be sent out to the public schools of America to create a new kind of citizen, more cooperative and pliable.

In 2008, she summed up nearly a century of public school decline:

The dizzying downward spirals of skills in science, technology, engineering and math are jeopardizing students' futures and the nation's stability[.] … Many of the people who built this failing education system make money off of it as it crumbles around our ears[.] … Most of the people in the education establishment refuse to engage in this conversation (leaving students and parents to work it out on their own)[.] … Of the rest, most neatly sidestep any blame for the tragedy as they foist blame on parents, teachers, money, legislators, society, hormones (yes, I've actually heard that), and the students themselves[.] … Just a handful will try to warn you of this education apocalypse. Some of those brave souls have been censured, reprimanded or fired.

Rogers does not see accident or fad. She sees active betrayal.

Education in the U.S. is a multi-billion-dollar industry. Just as stockbrokers can churn an account to create money out of nothing, our Education Establishment seems to specialize in doing everything two or three times. First, do it badly. The following year, do it a different way. The year after that, move the struggling students to remediation, more assessments, and different kinds of drugs. If a subject is taught correctly the first time, you would not generate such vast waste, or profit, depending on where the money ends up. Clearly, teaching subjects incorrectly and expensively year after year requires a lot of stealth and betrayal. The society becomes dumber; those responsible become richer.

Everything that has happened in K-12 is wonderfully captured in the single word “insidious,” which comes from Latin insidere (to lie in wait for). Here are some common definitions of “insidious”: intended to entrap or beguile – e.g., an insidious plan; stealthily treacherous or deceitful – e.g., an insidious enemy; operating or proceeding in an inconspicuous or seemingly harmless way but actually with grave effect – e.g., an insidious disease.

This word connects us to Rome's almost insanely conspiratorial and murderous history. Cicero, a distinguished lawyer, scholar, and orator, vastly influential in Western civilization, was a consul of the Roman Empire, active in politics and civil intrigues, finally executed in 43 B.C. by Mark Antony's soldiers. His head and hands were chopped off and displayed in the Roman Forum. Cicero, a wise and worldly man, warns us: “A nation can survive its fools, and even the ambitious. But it cannot survive treason from within. An enemy at the gates is less formidable, for he is known and carries his banner openly. But the traitor moves among those within the gate freely, his sly whispers rustling through all the alleys, heard in the very halls of government itself. For the traitor appears not a traitor; he speaks in accents familiar to his victims[.]”

Samuel Blumenfeld wrote an important book about American K-12 in 1984: NEA: Trojan Horse in American Education. Blumenfeld argues that education's main labor union is a traitor. It's a giant fake horse containing enemy soldiers, brought secretly into a city. Those soldiers overwhelm the guards, and the city is sacked. It's a fantastic turnaround by a tiny force – the ultimate inside job. Many would agree that John Dewey and his gang achieved the same insidious magic, all the while speaking in accents familiar to the victims.

Julian Benda wrote a famous book in 1927, La Trahisons des Clercs. Usually the last word is translated “intellectuals.” A more helpful term might be “public officials,” the people on whom we rely for honest governance. Recall that the Russian revolution was complete by 1920. Moscow loosed the Communist International on the world, almost overnight. Many government officials were working no longer for the people, but for the Comintern. These traitors were busy around the world trying to take control of everything. Benda had hoped that traditional Western intellectuals would oppose the Comintern, not join it. He was bitterly disappointed.

For many hundreds of years, Catholic intellectuals searched for God. Secular intellectual searched for Truth. In a nihilistic new world, communist intellectuals and theorists (better described as traitors and infiltrators) searched single-mindedly for ways to obtain totalitarian power. Everything else was irrelevant. Old values and the traditional approach to governance (and education) were discarded. And so, already by 1940, there appeared a novel by Arthur Koestler titled Darkness at Noon, a phrase taken to be an epithet for a society dominated by communists.

Alain Finkielkraut, a French philosopher, has continued Benda's chronicle of intellectual betrayals. His book from 1998 is titled The Undoing of Thought. He reached this conclusion: “When hatred of culture becomes itself a part of culture, the life of the mind loses all meaning.”

Is that not an elegant description of American K-12, where hatred of culture is the central problem? Dumbing down is not an abstract process. It's a systematic elimination of academic and intellectual content. It is the daily unrelenting practice of hating culture, or at least continuously tossing it aside.

When our intellectuals don't value Western civilization, and our elite educrats don't value the basic skills of reading, writing, and arithmetic, never mind geography, history, and science, you know that insidious, secret forces are winning. The fix is in. And the people who should be our protectors are part of an inside job to destroy us.

Bruce Deitrick Price's new book is Saving K-12 – What happened to our public schools? How do we fix them? He deconstructs educational theories and methods at Improve-Education.org.