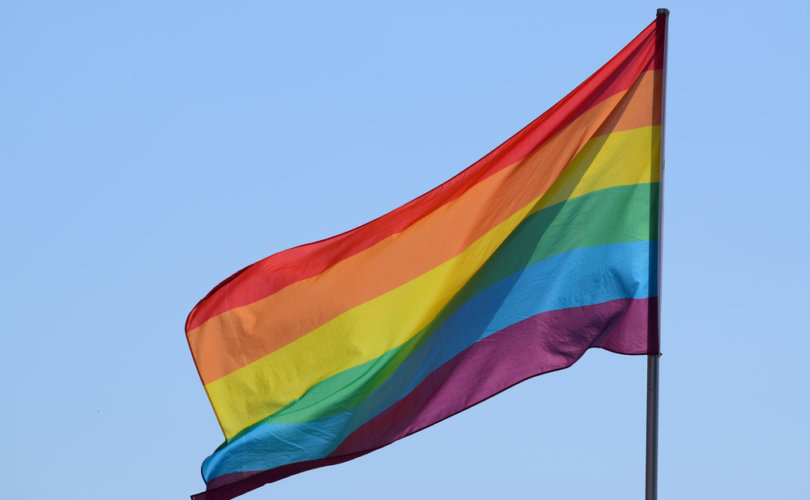 (LifeSiteNews) — Freedom of speech in the USA is guaranteed by the First Amendment of the Constitution, which states that Congress “shall make no law … abridging the freedom of speech, or the press.” For over two hundred years, that meant people in the USA were free to hold differing beliefs and to speak about them without censure. In debate class, on courthouse stairs, and in the halls of Congress, people spoke passionately about defending the right to disagree.

These days, however, our press corps, politicians, educators, and social media giants have amended the First Amendment. Now, it seems, we are only allowed to speak our mind if we agree with what they believe is true or acceptable or good. Hold a different view, and you will be labeled a white supremacist, a xenophobe, a misogynist, a violent extremist, a racist, and any other label they choose to hurl at you.

I am the director of two sister organizations that minister to hurting people and their families — Help4Families and Living Stones Ministries. Our mission statement is “creating opportunities for families impacted by sexual and relational brokenness to know God and thrive.” People contact us because they are in pain, they are confused, and they seek answers to the dissatisfaction they feel. We do not pressure anyone to make a change. We understand that people have free will. We listen. We offer love and support. If they want us to walk alongside them as they work through their sexuality or gender issues, we will.

Recently, in a report issued by globalextremism.org (GE), our ministries were labeled as hate/extremist groups, and consequently, Facebook took down both ministries’ pages. The report acknowledges that we offer “safe places for individuals and families to openly share their grief and pain about homosexuality.” If we are offering “safe places” to “openly share,” how is that hateful or extremist? We offer opportunities for people to share their struggles without condemnation. That is the definition of love and acceptance.

The GE report also states that we believe “homosexual tendencies [are] one of many disorders that beset fallen humanity” and that “choosing to resolve these tendencies through homosexual behavior, taking on a homosexual identity, and involvement in the homosexual lifestyle is considered destructive … and sinful.”

What the GE one-page summary of our ministries does not mention is that our stance on homosexuality and transgenderism reflects what God says in the Bible. It is not our opinion; it is His truth. Leviticus 20:13 says, “If a man lies with a man as one lies with a woman, both of them have done what is detestable.” And Romans 1:26 says, “Even their women exchanged natural relations for unnatural ones. In the same way, the men also abandoned natural relations with women and were inflamed with lust for one another.”

The word unnatural indicates inconsistency with what is “in accordance with or determined by nature.” Such behavior creates inner conflict, and the people who seek out our ministries affirm this conflict. Many of them have found that a relationship with Jesus Christ frees them from this inner turmoil.

As for transgenderism, Genesis 1:26 says, “God created man in his own image, in the image of God he created him; make and female he created them.” God created two sexes. Men and women are biologically different. Their sexual organs are different. Up until recently, gender was considered a biological fact. But look in the dictionary today, and the word is defined as “the behavioral, cultural, or psychological traits typically associated with one sex.” In other words, gender is not biological fact; it is merely a set of traits “associated” with male or female.

This vague definition opens the door for LGBTQ+ activists and groups to claim that gender is fluid and that a person’s inner self, not biology, determines gender. What I think I am, I am. For example, the GE report says that “when Schick was nine years old, her father told her that he believed he was meant to be a woman.” This implies that what my father believed to be so was true for him. But my dad actually said that he wanted to be a woman. The word believe means “to consider to be true.” The word want, on the other hand, means “to have a strong desire for.” My dad didn’t believe he was a woman. He knew he was a man, but he wanted to be a woman. That desire became an obsession, and that obsession led to much pain for him and for my family.

When people deny the truth about gender or try to live in opposition to that fact, they experience an inner conflict. People who contact our ministry affirm this turmoil, and many of them have found freedom in a relationship with Jesus Christ.

When we stand on God’s Word and on biological fact, we can expect opposition from those who want to deny the authority of God’s Word and biology. Groups such as the Global Project Against Hate and Extremism will attack us because we disagree with their view of reality. Jesus said, “If the world hates you, keep in mind that it hated me first” (John 15:18). Satan is the Father of Lies, and the idea that people can find their true identity in homosexuality and transgenderism is one of his most destructive lies. Every day I talk to people whose lives have been devastated either by pursuing the LGBTQ+ lifestyle or by a family member who is pursuing it.

We cannot allow the press corps, politicians, educators, and social media giants to silence our voices. Although the Help4Families and Living Stones Ministries Facebook pages will no longer be available for our followers or supporters, we must continue to speak God’s truth about gender even as it becomes more difficult to do so. That is what we are committed to doing, and we will continue to do it through our website, our support groups, and print resources.

In addition to founding  Help4Families and Living Stones Ministries, Denise Shick is the author of four children’s books and several nonfiction books, including My Daddy’s Secret, Understanding Gender Confusion—A Faith-Based Perspective, and Transgender Confusion—A Biblical Q&A for Families. She is an ordained minister and has a BA in psychology.