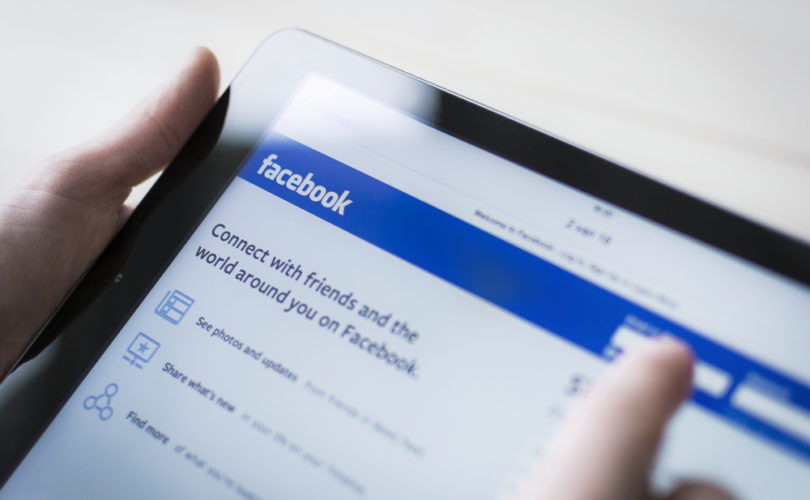 July 27, 2018 (American Thinker) – Facebook is taking a beating in the stock market, and it's not a pretty picture.  I don't like to see things like this happening, given the kind of trouble it can bring to other areas of the market.

Here's the top story on Drudge (check out the picture), and I hope he's overdoing it:

The tech-heavy Nasdaq was set for a big down day Thursday after disappointing quarterly results from Facebook sent the social media giant hurtling toward its biggest share price decline ever and on track to lose more than $100 billion in market value.

The Invesco QQQ Trust, which tracks the Nasdaq 100 index and can give traders a good idea of how the Nasdaq stocks will trade, was down more than 2 percent at one point in after-hours trading Wednesday.  At last count, the ETF was off by about 1.5 percent.  Facebook lost about a fifth of its value after hours.

The reasons seem kind of obvious.  Earnings are down, and that means that people aren't using the site the way analysts projected.  Privacy concerns are what's most often discussed, along with lower overseas growth, and there is probably something to it, as the earnings figures can be studied for impact and areas of underperformance.  But I think censorship has taken a toll, too.

Seriously, do you feel as enthusiastic about Facebook as you did before all the censorship stories rolled out?  The declaration of Diamond and Silk as “dangerous to the community” by Facebook's censors at its YouTube subsidiary?  Facebook founder Mark Zuckerberg's mixed-reviews congressional appearance?  Did you want to use Facebook after learning that the company is composed solely of leftist hipsters who have it in for the right?  Those were the news items as this profit report was being accumulated.

Sure, one can argue that Facebook's users aren't Facebook's customers, given that the revenue streams flow from its advertisers and data-aggregators.  But without those users, enthusiastically slapping everything they know and do on their Facebook pages as they have, of what use is the diminishing data, sold to the paying customers?

Maybe Facebook would see a turnaround if it returned to its roots and scrapped the censorship at least.  After all, terrorists and spray shooters are getting away with their posts while conservatives are being censored.  This isn't necessarily all the work of hipster censors looking only for conservatives to silence – it's also because the job of censorship is too big for the company to handle.  Facebook could easily make amends by hiring conservatives, for one, and getting out of the censorship business altogether by claiming a status similar to the telephone company, which is never responsible for the conversations of its customers.

Hate to see this company go completely downhill.  Maybe market discipline will snap it into a more palatable business model for conservatives and liberals alike.  Usually, that's what it takes.