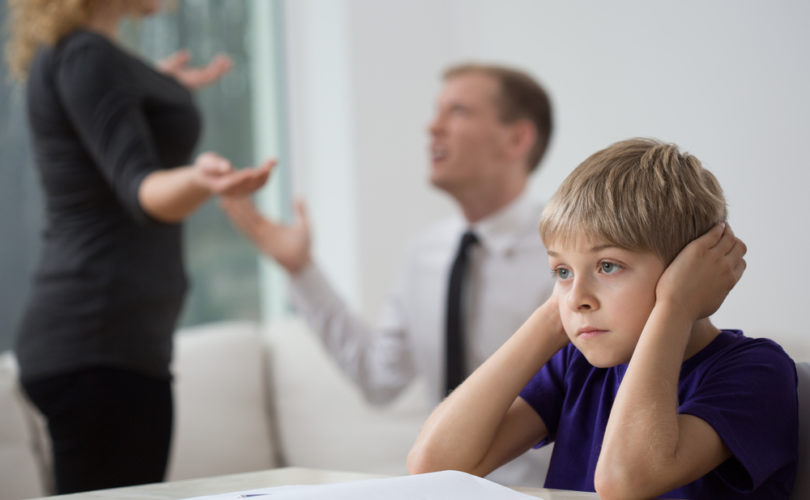 August 17, 2015 (LifeSiteNews) — In the Church’s ministry to Catholic families, marriages, and children, a major goal should be protection from the severe trauma of divorce, as well as assisting those traumatized by divorce.  The divorce plague has afflicted millions of loyal Catholic spouses and innocent children worldwide and, unfortunately, continues to do so.

St. John Paul has given the Church an outstanding guide for assisting Catholic families, including those who are divorced, remarried and not reconciled to the Church, in The Role of the Christian Family in the Modern World.  This Apostolic Exhortation was the fruit of the gathered reflections from Bishops of the month-long Synod of Bishops on the Family in 1980.

A major issue raised by Cardinal Kasper for the Synod on the Family and supported by other Synod Fathers is ministry to divorced Catholics who have remarried such that they can receive the Eucharist without further reconciliation with the Church.

St. John Paul in The Role of the Christian Family in the Modern World, n.84. has offered the Church and her pastors a great deal of insight and wisdom in assisting such families.

He wrote, “Together with the Synod, I earnestly call upon pastors and the whole community of the faithful to help the divorced, and with solicitous care to make sure that they do not consider themselves as separated from the Church, for as baptized persons they can, and indeed must, share in her life.  They should be encouraged to listen to the word of God, to attend the Sacrifice of the Mass, to persevere in prayer, to contribute to works of charity and community efforts in favor of justice, to bring up their children in Christian faith, to cultivate the spirit and practice of penance and thus implore, day by day, God’s grace.”

St. John Paul II has criticized to the ideas of Cardinal Kasper to waive the 2,000-year moral teaching of the Lord and his Church.  He wrote, “The Church reaffirms her practice, which is based on Sacred Scripture, of not admitting to Eucharistic communion divorced persons who have remarried.  They are unable to be admitted thereto from the fact that their state and condition of life objectively contradict that union of love between Christ and the Church which is signified and effected by the Eucharist.  Besides this, there is another special pastoral reason: if these people were admitted to the Eucharist, the faithful would be led into error and confusion regarding the Church’s teaching about the indissolubility of marriage.”

He offered additional wisdom for such families and their children.  These couples should, “undertake a way of life that is no longer in contradiction to the indissolubility of marriage.  This means, in practice, that when, for serious reasons, such as for example the children’s upbringing, a man and a woman cannot satisfy the obligation to separate, the take on themselves the duty to live in complete continence, that is, abstinence from acts proper to married couples.”

This teaching from one of the most important documents in the Church on the Catholic Family by St. John Paul II demonstrates that the Church seeks to serve, love, and want the best for divorced and remarried couples not yet reconciled with the Church and their children.  Contrary to the recent statement of Pope Francis, the Church does not, “… keep them (the parents) far from the community life (of the church) as if they were excommunicated.”( [1] Full text here)

It is difficult to understand why the Holy Father failed to cite in his recent statement the outstanding, merciful contribution to assist these families from St. John Paul II.

One of most challenging and painful aspects of my clinical work as a psychiatrist over the past forty years has been that of attempting to help youth, young adults and loyal spouses who have been severely traumatized by divorce. Psychological science has documented the life-long damage from divorce, particularly to young males who demonstrate difficulties in giving themselves successfully in school and in work.

The Holy Father’s additional criticism of the Church and her priests of causing harm for these youth by “additional weight beyond what the children in this situation have to bear” is completely unclear and inconsistent with my 40 years’ clinical experience with such families.  Youth in such families are regularly welcomed into the life of parishes and participate in the sacramental life and numerous activities for youth if encouraged to do so by their parents.  Unfortunately, divorce seriously harms the spiritual life and practice of faith of the children of divorce, which Elizabeth Marquadt has described in her book, Between Two Worlds: The Inner Lives of Children of Divorce. This psychological damage to trust and subsequent anger are what keep youth away from the Church.

Dr. Norval Glenn, the late distinguished family scholar from the University of Texas wrote in the introduction to Marquadt’s book, “The proportion of emotionally troubled adults is around three times as great among those whose parents divorced as among those from intact families. No amount of success in adulthood can compensate for an unhappy childhood or erase the memory of the pain and confusion of the divided world of the child of divorce.”

The major cause of harm to Catholic youth and loyal spouses in divorced families has been the failure to teach the truth of Humanae Vitae to Catholics over the past 45 years.  Contraceptive use increases marital mistrust, anxiety, anger, selfishness, and conflicts in communicating. Contraception is a way of saying to a spouse, via the language of the body, that, “I will withhold the total gift of myself to you and not trust you with our fertility.” As both personal anecdotes and statistics bear out, this momentous decision – contrary to rosy predictions of greater marital happiness when contraception was first legalized – has undermined the foundation for giving and receiving love from one’s spouse.

The growth in marriage from “me” to “we”, which St. John Paul II describes as an aspect of betrothed love in Love and Responsibility is also dependent upon trusting the Lord with every aspect of one’s marriage. In using contraceptives, the couple is unconsciously communicating to the Lord, “We do not trust you with our fertility.”

A clear and scientifically irrefutable relationship exists between the use of contraceptives, the epidemic of narcissism, and the plague of divorce, with its life-long damage to millions upon millions of young children, young adults, loyal spouses, and Catholic families worldwide.

The refusal to proclaim the saving-truth contained in Humanae Vitae to Catholic youth and marriages and to address the psychological and sociological science related to the damage done by the divorce-epidemic need to be addressed in October’s Ordinary Synod on the Family.  Divorce prevention can and should occur.  Children, youth, loyal spouses, and the Faith will be protected if the truth is finally communicated to Catholic families.

Dr. Rick Fitzgibbons, MD, is the director of the Institute for Marital Healing and a psychiatrist. In his 40-year career he has worked with thousands of couples, and frequently speaks and writes on marriage. He has been an adjunct professor at the Pontifical John Paul II Institute for Studies on Marriage and Family in Washington, D.C., and a consultant to the Vatican’s Congregation for Clergy.