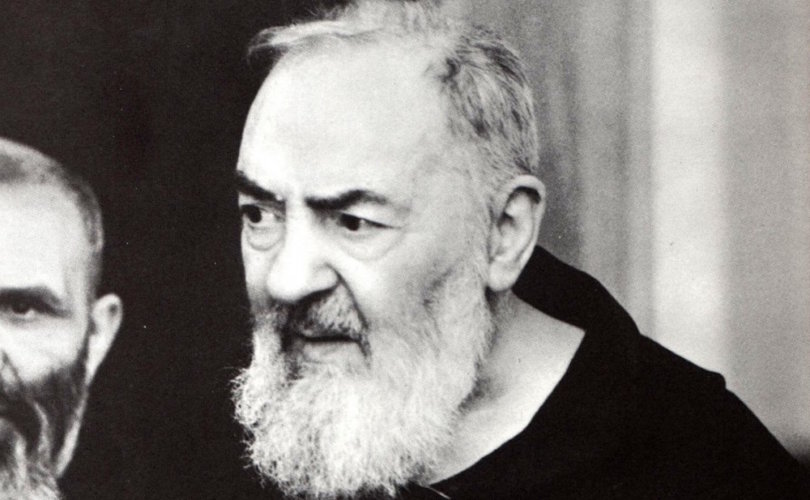 COLUMBUS, Ohio, September 23, 2016 (LifeSiteNews) — Bill Klee, a faithful Catholic husband and father who was devoted to the pro-life movement for so many years, passed away earlier this month at age 93. His death didn’t make local or national headlines, but there’s an interesting story to tell about this godly man.

Back in 1950, after serving in the U.S. Army at Okinawa during World War II and graduating from the University of Notre Dame, Klee was discerning his vocation — religious life or marriage? — like many dedicated young men his age. And so he went to Europe on a pilgrimage. While he and a friend were biking through Europe and contemplating what to do next, he made his way to San Giovanni Rotondo hoping to meet Padre Pio, the Italian mystic who was declared a saint by St. John Paul II in 2002.

Who better to ask about his vocation than the prescient priest?  Surely, Padro Pio would have a vision of God’s will for this young man from Ohio. “He was known to be able to read the hearts of troubled souls,” Klee said years later in an interview.

As divine fate would have it, Klee met a monk there who guided him to a brief encounter with the future saint. Now he would get his answer. “Tell the young man there are just as many good fish in the sea as there ever were,” Padre Pio relayed to the monk, who was acting as an interpreter.

Klee wasn’t sure what to make of that response before Padre Pio added, “And tell the young man that he has no vocation to the priesthood, but he will have a son who will become a priest.”

Klee had spent some time as a novice with the Holy Cross Fathers, but he had met a young woman who was also considering a religious vocation and he was uncertain how to proceed. Just as Padre Pio had said, Klee would not follow his brother, Robert, who was ordained in 1949, into the priesthood. Klee married his beloved wife, Dorothy, and he went to work in radio and television production for a number of years and later worked for the federal government while raising their four children.

As a Third Order Franciscan for nearly 70 years, he attended daily Mass and lived a simple life. His dedication to the unborn was laudable. As a sidewalk counselor who frequently prayed the rosary in front of abortion centers, he was arrested and spent time in jail simply for trying to help women and save their babies.

Now here’s where his story gets really interesting.

One of his sons, Joseph, had done well for himself. He attained a master’s degree in mechanical engineering from the University of Michigan and was working as an advanced product design engineer for Ford Motor Company. He had a nice car, plenty of money, and a good life.

Returning home to Columbus, he continued his studies at the Pontifical College Josephinum and attained an M.Div. and an M.A. in moral theology.

In 2000, now 50 years since his father had the brief encounter with Padre Pio, Joseph Klee was ordained a deacon. A friend of his father’s, who made the trip with him to Europe so many years ago, reminded Mr. Klee of that conversation with Padre Pio. Bill Klee remembered the part about the “good fish in the sea” but had forgotten the most prophetic words.

A year later, in 2001, Joseph Klee became Father Joseph Klee. The son that Padre Pio had envisioned would become a priest received the Sacrament of Holy Orders at St. Joseph Cathedral in the Diocese of Columbus.

Now a priest for 15 years in the diocese, he is a prolific writer, pro-life champion, prison chaplain, and faithful servant.

Last Friday, a week before the feast day of Padre Pio, Father Klee celebrated the Mass of Christian Burial for his beloved dad.

Rest in peace, good and faithful servant. Your son will carry on here on Earth.

Padre Pio, pray for us.