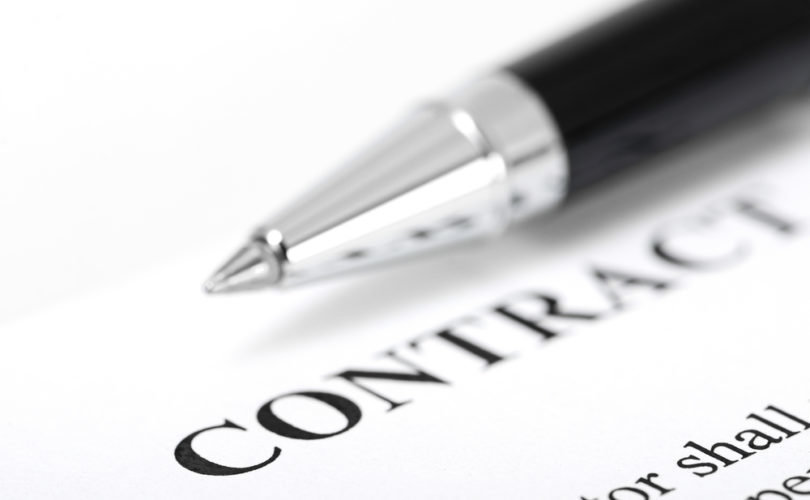 The world was horrified when an Australian couple rejected their son, a twin, carried by a surrogate, for having Down Syndrome. Of course, the details of the case are disputed; the surrogacy contract wasn’t clear.

Closer to home, we have an Ottawa Master’s student advocating for limited term marriage. “Who today would be prepared to sign a contract that lasts until death?” she reportedly said. “This isn’t done in any other area of life. Why do it in marriage?”

These are entirely unrelated situations bound together by a similar theme, which is this: Family cannot be successfully regulated by contract. Contrary to your average libertarian’s heartfelt desire, making family obligations contractual will destroy family.

Family contracts today are mainly the result of family deterioration. For example, courts set rules to impose normalcy for children of acrimonious divorces. But contracts are a cold reality in marital breakdown, not the ideal.

It is precisely because family is not contractual that it survives and thrives. Life is unpredictable. There is no contract to account for all the eventualities life brings.

Take marriage. One could argue marriage rates are falling precisely because we made it into a de facto contractual obligation. The seeds for fixed term marriages were planted decades ago, with the introduction of no-fault divorce.

Of course, this was introduced for the best of reasons — to allow those suffering in abusive marriages the ability to leave. But the result has been one party acting on a “fixed term” while an unsuspecting spouse was thinking “‘til death do we part.” The only difference between official fixed-term marriages and no-fault divorce would be that in the former, you agree up front on when your marriage will dissolve.

It still gets sticky, though. Even five years can bring a lot of change. So the contractual obligations of a short-term marriage would need to get into the weeds of when and how to leave even earlier.

What about parenting? Certainly, we do live in a world where contracts make up the basis of many family obligations. Contracts precede the start of a family when children are made through IVF and/or surrogacy. A contract is perhaps better than no contract in legally governing the implantation, birth and purchase of children by parents who cannot otherwise conceive.

The problem is that the point of a contract is to clarify where and how each party can get out. And no child or adult thrives when they believe the love of their family exists only by contractual obligation. No marriage will thrive when there is a predetermined date to reconsider and possibly end the partnership.

If family contracts are a good idea, then let’s envision a theoretical future where parents of a child conceived the old-fashioned way can draw up a contract for the child to think about signing when he or she comes of age. The terms might include disowning the child based on certain behaviours. Is this ridiculous? Not really, where family is the domain of contract.

Some might argue that parents have always enforced contracts. Rare is the child moving into adulthood who has not heard the words, “so long as you live under my roof!” Yet save for abusive situations, the “contract” between parent and child, or between marriage partners, is undergirded by an entirely different framework — by a complicated and misrepresented concept called love.

Love, whatever we understand of it, is meant to be enduring. People are absolutely starved for this kind of enduring love. And love being what it is, the only contract fit to regulate it is one where the terms are entirely unspecific. ‘Til death do we part provided you are healthy, do the dishes and maintain the same physique, takes all the power out.

Enduring love is difficult, and this is why familial love is not contractual. The contractual regulation of family represents a necessary evil, not a success story, whether it it concerns surrogacy, parenting or the concept of “fixed term marriages.”

We would be wise to ask deeper questions about the meaning of family before we engage in behaviours that by their very definition demand lawyers or state regulation for things that were intended to fall outside of contracts. When we buy the idea that contracts are a good idea in marriage and family, the only admonition to offer is caveat emptor.

Reprinted with permission from IMFCanada.org.