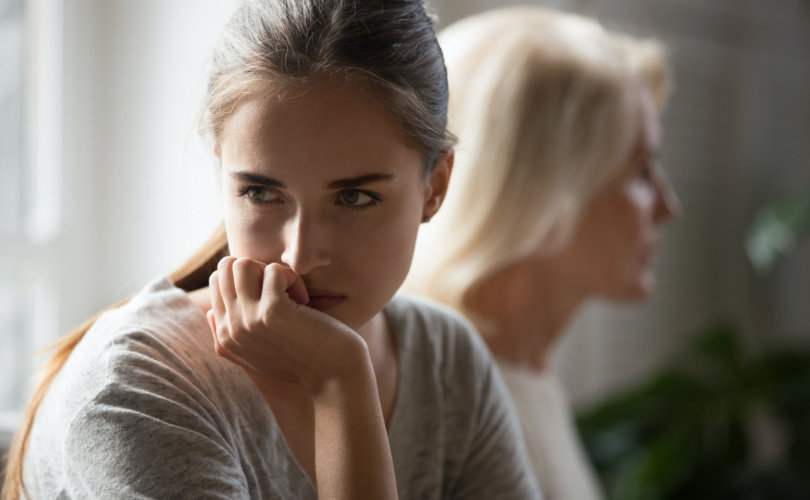 (Fr. Michael P. Orsi)— It’s not always apparent why particular scripture readings are included within the same liturgy. Indeed, sometimes the selections seem entirely random. One recent Mass was a clear exception, however.

The 20th Sunday in Ordinary Time featured the familiar story of the prophet Jeremiah being tossed into a cistern for speaking out against futile military resistance to the Babylonians.

The second reading was St. Paul calling on Christians to hold fast to their principles, even enduring opposition from sinners, as Christ stood firm under threat of the cross.

The week’s Gospel reading was Jesus’ warning that following him would create division, even in families: “I have come to set a fire on the earth.”

All three readings highlight the price of faithfulness in defense of truth.

That’s a timely message, because these days you could easily find yourself called upon to stand up for truth. And doing so might not be easy.

The “de-Christianizing” of American society has made it likely that, at some point, you’ll face troubling conflicts over issues that once would have seemed quite distant, even rare. Acceptance of abortion, sexual deviance, and a wide variety of random immoral behaviors can put you on the spot in ways you never expected.

One of the most prevalent issues is cohabitation, living together in a sexual relationship outside of marriage.

How many people have friends or relatives in such situations? It’s all too common. Indeed, it’s become quite acceptable, a “non-issue” in sophisticated circles. Yet, it can create awkwardness and conflict for someone trying to maintain Christian moral standards.

We know that living in this way does not accord with God’s plan. In fact, it can be harmful to the individuals involved (especially to women), in that it doesn’t provide the stability of a marriage commitment. If things get difficult in the relationship, the door is always open to get out.

Cohabitation doesn’t even live up to the oft-heard claim that it’s a useful testing period for marriage, a time of getting to know each other and confirming the decision to be together. Studies have shown a higher incidence of divorce among couples who marry after cohabiting.

An issue that’s rapidly overtaking cohabitation as a source of moral conflict is so-called “same-sex marriage.” As a priest, I’ll frequently have someone ask me if it’s permissible to attend the “wedding” of a gay relative.

— Article continues below Petition —
PETITION: We won't give any money to liberal bishops who attack the Faith
Show Petition Text
10294 have signed the petition.
Let's get to 12500!
Thank you for signing this petition!
Add your signature:
Show Petition Text

This is a tremendously difficult and painful situation — one that can split families for years — because the answer is always an unequivocal “No!”

Despite the Supreme Court’s travesty of a ruling (in Obergefell v. Hodges) and the examples of gay Hollywood celebs or high-profile figures like Transportation Secretary Pete Buttigieg, this sad caricature of marriage is always and everywhere profoundly immoral. Your attendance at such a ceremony constitutes an endorsement that makes you complicit in sin.

At a minimum, you’re giving scandal to anyone who knows you’re Catholic. Unless you’re standing there waving a sign in protest (an unlikely occurrence), your presence undermines the very teaching of that Church to which you claim fidelity.

There are other situations that can be morally compromising, even if they’re less obvious.

Destination weddings are a popular practice among the young these days. Even couples who consider themselves “good Catholics” often choose to hold the ceremony outside their parish. I’m not talking about arranging to be married in a Catholic church at some picturesque location, but rather out of doors, on the beach, or in that lovely Victorian gazebo in the park.

It’s not hard to understand why people think this adds to the romance of the event. But unless that outdoor ceremony is conducted by a priest or deacon (and agreeing to such a thing would raise questions about that clergyman), then the marriage is civil, not sacramental. Therefore it’s canonically illicit.

Consequently, the wedding guests are giving assent to a relationship that’s not valid (and must be regularized — what’s called convalidation — to make it legitimate). As with a so-called “same-sex wedding,” being there means you’re taking part in a ceremony that violates Church law.

Perhaps the most challenging and painful situation of all is failure to baptize children. Many grandparents whose kids have left the Church bite their tongues when the grandchild is left unbaptized.

This is a terrible dilemma, because you don’t wish to alienate your son or daughter by insisting on something which might be seen as objectionable. And of course you may be holding out hope for a return to the Church, and don’t want to create an emotional stumbling block to such a change of heart.

Still, scripture is explicit about being “born again by water and spirit.” Your grandchild’s soul is at stake.

Such situations have always been difficult, because they touch essential human relations. We all wish for closeness within our families and friendships. We all want to be welcomed, accepted, and loved.

These days we face the added pressure of “political correctness” and, in the current atmosphere of “cancel culture,” often very real threats to jobs and financial security. Those around us are easily offended (offended by everything but sin, that is).

Like Jeremiah, you can find yourself tossed into a figurative cistern.

Nevertheless, painful and risk-filled as they may be, there are times when you have to take a stand for truth — tactfully if possible. Souls depend on it.

And if you’re not concerned about the immortal souls of those people you claim to love, you are not a Christian. You are nothing.

This essay is based on a homily delivered by Fr. Orsi. It can be viewed online at:

A priest of the Diocese of Camden, New Jersey, Rev. Michael P. Orsi currently serves as parochial vicar at St. Agnes Parish in Naples, Florida. He is host of “Action for Life TV,” a weekly cable television series devoted to pro-life issues, and his writings appear in numerous publications and online journals. His YouTube channel may be viewed here.