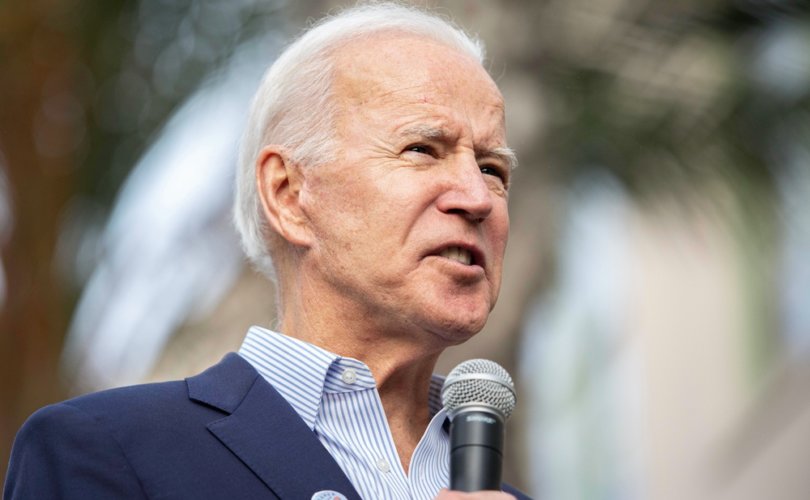 July 29, 2021 (American Thinker) – Sinclair Lewis’s novel of 1935, It Can't Happen Here, was published amid the rise of fascism in Europe. The book is about the political career of fictional Buzz Windrip, who is elected president in 1936, defeating FDR with a campaign promising a return to traditional values and drastic social and economic reforms (he promises every American $5K). Once elected, he becomes a totalitarian tyrant, complete with his own paramilitary force called the Minute Men!

Windrip is Lewis's version of an American Hitler and/or Mussolini. But consider the parallels with the current occupant of the Oval Office. Windrip outlaws dissent (consider the Biden administration’s partnership with Big Tech to censor opposing opinions). He, Windrip, imprisons his critics just as Biden has jailed anyone present at the Capitol on January 6. Biden has his own Minute Men, the FBI, as well as a couple of other paramilitary groups in service of his agenda — Antifa and BLM. They are his shock troops, who, like Windrip’s thugs, terrorize his opponents, freedom-loving, independent thinking Americans.

Like Biden, Buzz Windrip abrogated the rights of civilians and divided the nation into “administrative sectors” to be managed by federal “Corpo” authorities and enforced by his Minute Men. Pelosi is now installing branches of the Capitol Police throughout the country to seek out perceived threats to members of Congress. The similarities to Lewis’s two-dimensional dictator and the Biden regime are chilling.

As in the novel, opponents of the Obama/Biden regime have been found guilty until proven innocent of un-committed crimes, from Gen. Michael Flynn to Roger Stone, to anyone who worked for Trump, to the 1/6 protesters, by corrupt judges in kangaroo courts whipped up by a manic, historically ignorant media establishment whose members loathe anyone or anything remotely conservative or constitutional. Viciously opposed to Donald Trump, the mainstream media covered for the massive crimes against the nation that were occurring from the day Trump became the Republican presidential candidate.

The left invented the Russia collusion narrative out of thin air. It was pursued as legitimate by the FBI, the DOJ, the CIA, and our despicable journalist class. All of them likely knew it was false from the outset, but they all colluded to damage a president who actually meant to represent the people, not just the ruling elite. The swamp, left and right, was threatened and fought back with the ferocity of a cornered animal. With the 2020 election, they think they've won, but have they?

The Senator was vulgar, almost illiterate, a public liar easily detected, and in his “ideas” almost idiotic, while his celebrated piety was that of a traveling salesman for church furniture, and his yet more celebrated humor the sly cynicism of a country store. Certainly there was nothing exhilarating in the actual words of his speeches, nor anything convincing in his philosophy. His political platforms were only wings of a windmill.

Indeed. Biden cannot utter a coherent sentence. He is the face of a corrupt band of radicals who, along with Obama, vowed to “transform America.” He was fraudulently installed and has little actual personal support. The Trump presidency rendered the left well and truly deranged, without any moral compunction going forward. The man and his supporters had to be destroyed just as Lewis’s Buzz Windrip’s opponents had to be ruined.

The protagonist in Sinclair’s novel is a journalist, Doremus Jessup, who founds an organization to fight Windrip's destructive policies. He founds a newspaper and publishes accounts of Windrip's abuses. Jessup’s counterparts in our alternative media are the champions of truth, and there are more and more of them every day. Big Tech tries to silence them, but they are proliferating faster than they can censor them. The massive, lifelong corruption of the Biden family is now a known fact. The depravity of Biden’s son Hunter has been revealed. The corruption at the DOJ and FBI is being exposed. It was the FBI that set up the fake kidnapping attempt of Gretchen Whitmer and perhaps even had a hand in orchestrating the event of January 6. The truth will out.

The radical Democrat media of today ignore the crimes and abuses of power by leftists, but the Doremus Jessups of 2021 America do not. The truth is out there despite the suppression tactics of this administration, its handmaidens in the media, and Big Tech. Like the villain of the novel, Biden has incarcerated hundreds of nonviolent people who were present at the Capitol on 1/6.  The DOJ calls them “enemies of the state,” their protest an insurrection.

But not one of them was armed; none has been charged with insurrection. They are being held without bail while the hundreds of rioters/looters/arsonists of the summer of 2020 are free as birds. This is the stuff of communist China, the Soviet Union, Venezuela, and Castro’s Cuba. Sinclair Lewis, like Orwell and Huxley, knew of what he wrote. Tyrants are with us always, and when they get power, they are lethal. “Tyranny is always better organized than freedom,” — Charles Peguy

Was it released purposefully? Time will tell. Fauci and his pals have long wanted to test their experimental vaccines on humans. But this flu was killing mostly the elderly and/or those suffering from co-morbidities; Fauci and his cohorts likely knew that HCQ and ivermectin could and would both prevent and treat the illness. But those drugs were off-patent; Fauci and his partners in crime would not be able to enrich themselves. Those tried and true therapeutics had to be suppressed, even feared. Doctors could not be allowed to prescribe them. This would be a good time to implement their global reset and make nine new billionaires in Big Pharma. In the words of Hayek, “Emergencies have always been the pretext on which the safeguards of individual liberty have been eroded.”

The left has adopted, embraced, actually, Orwell’s newspeak of 1984. Leftists have redefined the meaning of the words crime and punishment. Antifa and BLM looters, rioters, and arsonists are not criminals, while, in their world, human beings born white are criminals by virtue of the color of their skin. How obscenely obvious is it that this is the left’s plan to further divide this country, to “otherize” (one of their many absurd euphemisms) those who have had the impertinence to be born white (or choose to be unvaccinated)? We all get it; it’s all about payback for slavery even though nearly 700K American lives were lost fighting to end that evil institution that the Democrats fought so hard to preserve. To this day, the Democrat party is the party of racism, Joe Biden being one of the most egregious exemplars. Watch his attempted humiliation of Clarence Thomas at his confirmation hearings. Biden is a thug, and as obvious a racist as we are likely to ever see in public, then or now.

A thinly disguised version of Lewis's novel appeared in 1983 as a television series, V. This time, the fascist takeover of America was by alien invaders. Earlier scripts based on the book were considered “too cerebral” for American viewers. There were numerous theatrical productions based on the novel. Aldous Huxley, George Orwell, Arthur Koestler (Darkness at Noon), and Sinclair Lewis all wrote their dystopian novels in the 1930s and ‘40s.

And yet the nation has survived the totalitarian/communist ideologues who have attempted to co-opt our democratic republic for well over a hundred years. We will survive the Biden administration’s wholesale assault on this country as well, even though he has done more damage than any previous tyrant in a very short time.

Millions of Americans are waking up to the dark and deceptive agenda of the radical left: Critical Race Theory to pit citizens against one another, cancel culture to obliterate the First Amendment and terrorize those with differing opinions from expressing them, and now the attempt to implement state control over our bodies with vaccine mandates.

The Americans in Lewis’s novel are shocked by what they see unfolding in their America: “Why, America’s the only free nation on earth. Besides! Country’s too big for a revolution. No, no! Couldn't happen here!” Lewis also predicted that “[w]hen fascism comes to the United States it will be wrapped in the American flag and will claim the name of 100 per-cent Americanism.”

We are enduring that moment once again. The challenge this time is to wake up the people who have yet to realize that the liberty they take for granted is in grave danger. The patriots who fought for our independence from 1775 to 1783 were a mere third of the colonists. It just may take more of us this time.