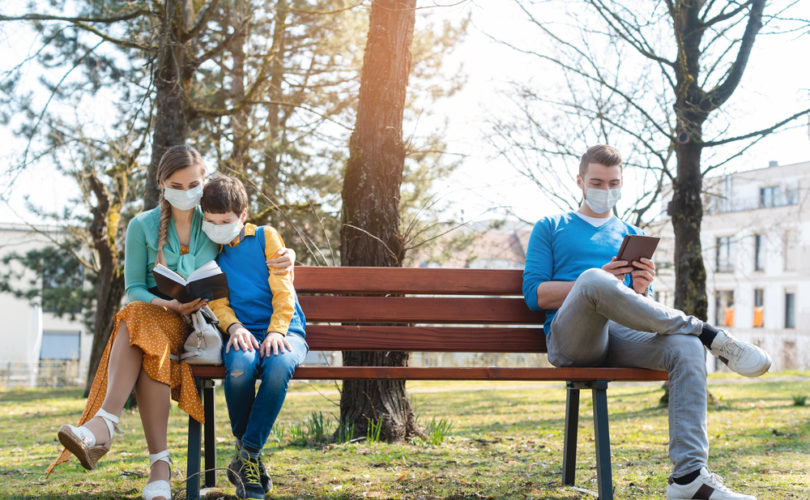 April 23, 2021 (American Thinker) – It would be funny if the stakes were not so high, but political differences within families seem to fall along the same lines as party differences.  Who could have predicted that all those Trump-haters who swore they would never submit to a vaccine that President Trump had brought to market with Operation Warp Speed are those who now are lining up like bleating sheep to get vaccines that are experimental?  Or that millions of those who support the former president are much more likely to be wary of the four vaccines now available?

All one has to do is visit the websites of the vaccine-manufacturers themselves to discover that those Big Pharma companies do not claim that their jabs can prevent COVID or its transmission.  They claim only that they may reduce the severity of symptoms.

And as the number of serious adverse reactions and even deaths by vaccine mount, those who have succumbed to the media fear-mongering and Biden administration heavy-handed promotion still ignore the many, many obvious factors that mitigate against all four of the vaccines, all of which may have serious consequences down the road when other viruses come along.

Those of us of a certain age are perhaps more likely to research the vaccines than younger generations, and conservatives are certainly more likely to be suspicious of anything the government pushes so aggressively, especially when tried and true, inexpensive, and effective treatment is available.

As Dr. Ryan Cole notes in his short video advising against the vaccines, it is illegal to produce a vaccine for an illness for which there is treatment.  Dr. Cole reminds as well that these are not vaccines, but a form of gene therapy.  The oh, so disingenuous Dr. Fauci should soon fall from grace for his shameless promotion of the vaccines in which he has a financial interest, and his relentless derision of hydroxychloroquine and ivermectin.

He knew from the outset that those drugs could easily reduce the severity of symptoms and, taken prophylactically, can prevent COVID.  He knew and lied.  Hundreds of thousands of lives might have been saved by the use of HCQ and ivermectin in all the nursing homes.

Nearly all who of lost their lives were deficient in Vitamin D.  Had those lost been given large doses of Vitamin D they might have survived.  But Fauci and the media not only kept all that to themselves, they frightened people away from these simple preventatives and treatments.  Fauci and his handmaidens in the media and Big Pharma have much blood on their hands.  Follow the money.

Everyone surely knows by now that young people are at very low risk of getting COVID and even less of dying from it, yet many of our adult children are rushing to be vaccinated and want their children jabbed when there is virtually no risk to them!  The vaccines are a risk to children.

So it is yet another point of contention between grandparents, adult kids, and grandkids who were perhaps already at odds over the 2020 election.  Those of us who have read much of the literature out there that lays out the potential dangers down the road are supremely frustrated by our adult kids’ refusal to listen to us, their refusal to read the volumes of information warning against the shots, and who line up to get it.

What do we do now?  We worry and watch them carefully if possible, and we try to stop them from vaxxing their own young children.  We wonder how these young people, many of them college-educated, came to be lemmings.  Why are they so susceptible to obvious propaganda?  See this column by Peter Savodnik for a possible explanation.  At least two generations of Americans have been rendered vulnerable to nonsense.

President Trump obviously meant well when rushing a vaccine to availability.  He had no idea that Fauci had been funding that lab in Wuhan, that despite legal prohibition of gain-of-function (making known viruses more lethal) experiments in the U.S., he was funding that research in China as well.

Remember when President Trump was falsely accused of inciting violence and was impeached by the House of Representatives?

The mainstream media, including some on Fox News, condemned the President and the woke corporate machine cancelled him.

Well yesterday, LeBron James shamefully targeted an Ohio police officer on Twitter with a despicable attack on his safety, reputation and good name.  Investigations are still ongoing, but as can be seen on the widely circulated video footage, the officer used deadly force to prevent a brutal knife attack upon a young woman.

Where is the media outcry against LeBron's clear incitement to violence?  Where is the Twitter ban against someone doxing a police officer?  Are the corporate sponsors that have made LeBron one of the richest men in America pulling their contracts?  Has the NBA made ANY statement?

In a now-deleted tweet, James recklessly republished the image of the officer in question, with the threatening tag line: "You're Next."

With this menacing tweet, and especially by publishing a picture of the officer, the NBA super star literally put the officer's life in jeopardy.

LeBron's shameful and irresponsible actions deserve to be condemned and punished.

At a time when passions are running high, and especially with the death of George Floyd on peoples' minds, it beggars belief that anyone, much less someone with the cultural and Twitter following of James, could act with such callous disregard for the life, limb and reputation of a police officer who clearly acted in defense of a young African American girl.

At very minimum, the NBA should make an example of James by suspending him from the League and Twitter should suspend his account.

People with influence, like LeBron, must be held accountable for their actions - especially those which intentionally endanger the lives and reputations of other people.

The girl whose life was saved from a knife attack owes a debt of gratitude to the police officer who took split-second, decisive action to save her life.

Please SIGN and SHARE this petition which urges the NBA to suspend or expel LeBron James from the League in response to his reckless targeting of a life-saving Ohio police officer.

He and his cohorts at NIAID resemble mad scientists who for twenty years had been dying to experiment on human beings using mRNA despite having no idea what the long-term effects may be.  And the fact that Bill Gates has been in on this scheme for years should give everyone pause.  He is a known depopulation advocate who, at the same time, funds mass vaccinations around the world, sometimes with murderous results.

What do we do to protect the grandkids?  Try to convince their vaxxed parents not to submit their children to what is an experimental trial with potentially lethal consequences.  The use of these vaccines is an affront to essential medical ethics.

Throughout history, parents and grandparents have striven above all to protect their progeny, but with the onslaught of mass media, toxic social media, and the wholesale censorship by those who control what and how information is disseminated to the public, the once revered wise counsel of the storied family trust has been sorely dissipated.  To paraphrase the words of Thomas Paine, these are truly the times that try men’s souls.