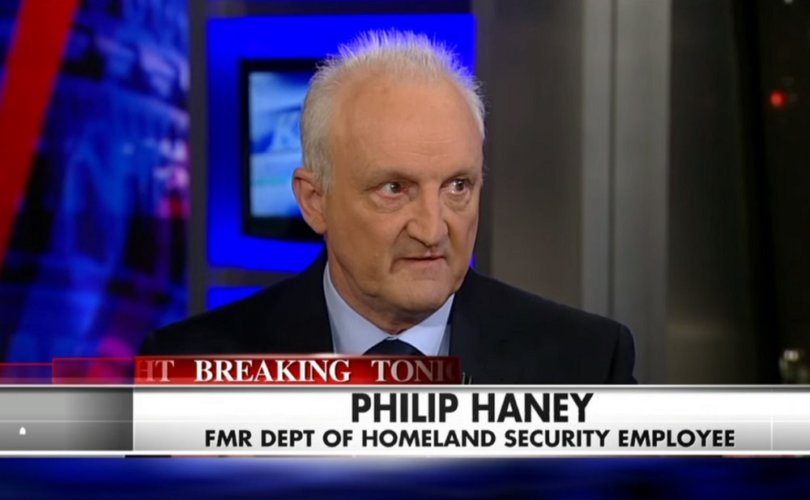 February 27, 2020 (American Thinker) — This past weekend, I and many of my colleagues received the shocking news that famed Obama administration DHS whistleblower Phil Haney had died. My first indication was a text from a friend late Friday night: “Sorry so late but I am hearing Phil Haney has been killed.” I had received something earlier in the evening, but the person texting had thought it was a joke.

It was no joke. Phil Haney, a long-term colleague and person I had come to know personally, had been shot dead. Rumors from friends contained many inaccuracies, like “he had been missing for days,” “found in a remote area,” etc.

The Amador County (California) sheriff's office put out a brief statement reporting that he had been found Friday morning:

On February 21, 2020, at approximately 1012 hours, deputies and detectives … responded … to the report of a male subject on the ground with a gunshot wound. Upon their arrival, they located and identified 66-year-old Philip Haney, who was deceased and appeared to have suffered a single, self-inflicted gunshot wound. A firearm was located next to Haney and his vehicle. This investigation is active and ongoing. No further details will be released at this time.

He was found by his car at a park-and-ride about three miles from his home. In a True Pundit interview, Haney's stepmother, Judith Haney, stated: “No one in the family believes this is a suicide; I mean he was enjoying doing talk radio and was working on another book and was excited about that. With his history with the government and everything, it is very, very suspicious…”

Haney was also engaged to be married and was enthusiastic about his future. His fiancée, Denice Gary-Pandol, shared how happy they both were, looking forward to marriage in April and beginning a new chapter in their lives. She spoke with him throughout the day on Thursday and texted him just prior to heading into an evening class she teaches. He responded affectionately at 5:45 P.M.

Phil's sister had similarly spoken with him around 5:00 P.M. and said he was at home and very tired. Phil normally called Denice after class but didn't that night. She assumed he was likely asleep, so she decided not to call him. But the next morning, she did call. He did not answer. That afternoon, she received a call from the deputy sheriff of Amador County.

No one among us who knew Phil believes that it was possible for him to kill himself. He was a committed Christian, was looking forward to his upcoming marriage and the publication of his new book and possibly a new position in Washington, D.C. None of it adds up. I and countless others sent a blizzard of inquiries to the Amador County Sheriff's Department in the days following his death, both to seek details and lodge our objection to the “self-inflicted” characterization of Phil's cause of death.

The sheriff is now walking back that initial assessment, claiming that “misinformation” was responsible for claims that Phil committed suicide. The initial announcement did state the qualifier “apparent” and added that an investigation was ongoing. The sheriff now says the FBI has been called in, has detailed more aspects of the investigation, and clarified that it has not determined how he died.

But media outlets quickly concluded that this was a case of suicide and said little, if anything, else about the explosive charges Haney had leveled against the Obama administration's deliberate efforts to shield U.S.-based Islamic terrorists from discovery. Nothing to see here…move along now. This perfunctory characterization itself reflects the Deep State effort to discredit anyone critical of Democrats. So Haney made allegations; now he committed suicide. That decides it. End of story. Sure. It seems that despite its virtually nonstop record of traitorous actions, the Obama administration and its associates remain Teflon-coated.

As a DHS agent, Haney had hundreds of files of U.S. individuals tied to terrorism and the organizations they were associated with. The Obama administration deleted those files from the federal database and launched a total of nine investigations against Haney for supposedly violating the civil rights of Muslim terrorists. In his book, See Something, Say Nothing, Haney claimed that had the administration allowed his work to go forward, it may have identified the Boston Marathon bombers, the San Bernardino and Orlando terrorists, and possibly more before those attacks occurred.

The information Phil compiled was kept and shared with trustworthy individuals, despite Obama administration efforts to wipe the records clean. This has been known for some time, however, so why was Phil targeted now?

He had been working on a new project. What did this entail, and was it similarly secured? Phil was meticulous in his work and documentation. It is a main reason he survived the Obama administration's repeated efforts to entrap him, using the same kind of techniques they applied to Gen. Mike Flynn and others embroiled in the “Russia Collusion” hoax.

Given the enemies he hunted — both foreign and domestic — there are plenty of people and groups who have a strong motive to kill him. And that's a testament to his tremendous work and his meticulous defense of our country.

Perhaps he had uncovered something new. Hopefully, we will find out what happened. In the meantime, our nation has lost one of its pre-eminent freedom-fighters. I feel a gaping hole in my soul from his loss. Phil was an amazing spirit and an amazing man. He is and will be missed by all of us. Following are tributes from some others who knew him.

Philip Haney was the embodiment of logic and resilience. I could only hope to have a fraction of the fortitude he demonstrated if similarly confronted. He was not a quitter. Ever.

Phil Haney had developed many enemies, both within the Deep State and within the Islamist movement in the United States, with his absolutely fearless expositions of their treachery. Again, I call upon Attorney General Barr to conduct an exhaustive investigation into the circumstances surrounding Phil's death.

For several years we met every Wednesday with Phil Haney and a small group of national security experts to discuss the ongoing war Islam has declared on the West and the strategies by which we could turn the Obama administration's failures into victory. A gentle, humble man with a dry, self-deprecating sense of humor, Phil Haney was an unlikely hero in any war, but that is what he was. Rest in peace old friend.

As you may know, we lost this week one of our most brilliant, most dedicated and most devout comrades-in-arms: Philip Haney[.] …

It is hard to overstate the magnitude of this loss to the cause of freedom. Phil's service to our country — both as a “plankholder” (founding member) of the Department of Homeland Security and during his subsequent years as a private citizen and watchman on the wall — was characterized by tireless, intrepid and, in certain quarters, unwelcome research and analysis about the Islam's totalitarian code known as Sharia and the supremacists who seek to impose it on all of us. Phil was fond of saying that his academic training as an entomologist, with its required skill sets of categorization and observation, perfectly suited him for a career spent monitoring jihadists and following them to their “nests.”

With his self-taught fluency in Arabic and his encyclopedic knowledge of Islam's Koran, other sacred texts, traditions, jurisprudence and institutions, Phil was an indispensable warrior in the War for the Free World. We owe a tremendous debt of gratitude for his life and his innumerable contributions to the cause of freedom — many of which will never be publicly acknowledged or otherwise made known to his countrymen and women whom he did so much to secure.

Denice, who also hosts The Denice Gary Show, gave a moving testimony of Phil on Facebook TV that you can watch here.

Rest in peace, my friend. Despite our grief, we know that you are in a better place.