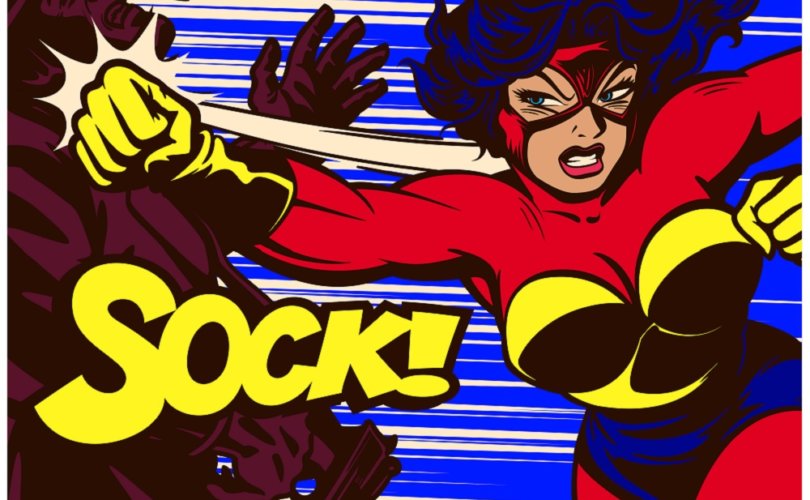 July 30, 2019 (American Thinker) — In a recent op-ed disguised as a movie review at the New York Post, film critic Sara Stewart proclaims that “Quentin Tarantino's exploitation has no place in Hollywood anymore.”

Why did she pen this obituary about Tarantino's relevance in Hollywood today? Well, the eccentric (but arguably brilliant) director is just not woke enough for 2019, she posits.

You realize a curious thing about halfway through her ridiculous screed. Despite her decidedly negative conclusion about Tarantino's new film, Once upon a Time in Hollywood, she has nothing but positive things to say about the actual movie. She writes, “Tarantino worshippers and cinephiles will gush over his new movie's gorgeous depiction of old Hollywood, it's twisty conclusion and Leo DiCaprio and Brad Pitt's dedicated, leathery performances.”

Her problem? Tarantino once palled around with Harvey Weinstein (as did a veritable who's who of prominent Democrats and other Hollywood elites, it should be known), and he committed the unforgivable sin of not giving enough lines to Margot Robbie in her role as Sharon Tate in the new film. Stewart concludes:

In a world where we have an increasing number of heroic females — especially in films written and directed by actual women — it may be game over for male auteurs who create supposedly strong women on-camera and denigrate them from behind it. In 2019, we don't need that type of guy anymore, especially one who thinks that silencing Sharon Tate for most of his film is somehow a fitting homage.

Once upon a time in Hollywood, maybe, but not now.

Maybe she's right. Hollywood is thrusting women into the limelight as writers, directors, and film leads for big-budget productions at levels we've never seen before, seemingly to satisfy the woke mobs who are demanding it.

But how has that all worked out for Hollywood?

To state the obvious, Hollywood has been in trouble for years now. The entertainment market has become saturated with much cheaper and more convenient, quality entertainment on streaming services, making a movie night at home much more attractive for couples and families than spending $50 or more on tickets, drinks, and snacks, all the while hoping for an evening where other raucous moviegoers don't ruin the experience.

That's not to say Hollywood isn't enjoying some big successes here and there with its big franchise titles, like the Marvel Cinematic Universe films. But as Skylar Kleinman observes at The Science Survey, in an article from late 2018:

[T]he film industry is actually losing money. American movie theaters sold fewer tickets in 2017 than any other year since 1992. As people are buying fewer movie tickets, industry executives are relying more and more on intellectual property with built-in fan bases to ensure that money is made.

This should be obvious to anyone paying attention. The speed at which the animated Disney films I enjoyed in my childhood are being slathered into the theaters as live-action and CGI-heavy remakes, nearly shot-for-shot in some cases, is mind-boggling. Audience fatigue may already be taking hold.

“Franchise fatigue” is anything but a new problem for Hollywood execs looking to cash in on legacy franchises. But what we're witnessing today is something new. Hollywood's newfound wokeness in reimagining formerly popular franchises as sagas to advance feminism is putting audiences to sleep.

The Star Wars franchise is the most glaring example, particularly 2017's installment, The Last Jedi. Some feminists celebrated it as the “first properly feminist Star Wars” film, while others lamented the same observation. Regarding the film's “aggressive feminist ideology,” Bishop Robert Barron correctly observes:

Every male character in The Last Jedi is either bumbling, incompetent, arrogant, or morally compromised; and every female character is wise, good, prudent, and courageous. Even Luke has become embittered and afraid, bearing the stigma of a profound moral failure. The female figures in The Last Jedi typically correct, demote, control, and roll their eyes at the males, who stumble about when not provided with feminine instruction.

Feminists loved all of that, but audiences didn't respond well. That's not to say the film lost money, but the numbers don't lie. Despite taking only 11% less revenue in box office receipts than its predecessor in its opening weekend, ticket sales plummeted in the weeks that followed, yielding a total domestic take that was 33% smaller than The Force Awakens. Response in the Chinese market was abysmally short of expectations.

This “aggressive feminism” may be appeasing the woke mob, but it is certainly hurting the Star Wars franchise. It may have outright killed some others.

You might recall that the Ghostbusters franchise was rebooted in 2016, essentially telling the same story as the 1984 blockbuster with four female leads rather than four men, and without the comedy. It led to a minimum of a $50-million loss for Sony Pictures.

That was blamed on men, who exercised their misogyny by not flocking to theaters to buy tickets to this debacle that offered nothing new or interesting to audiences.

This year's Men in Black: International features British actress Tessa Thompson as a young but capable international G-woman thrust into the intergalactic secret ops organization that you've come to know in the three Men in Black films preceding it, with Thompson essentially replacing Will Smith's character from the first film. The film had an “opening weekend gross of $25 million, less than half of what all three of its predecessors opened to,” and, according to John Nolte at Breitbart, it even has actor Chris Hemsworth again allowing himself to be “publicly emasculated” by reprising his role as the dimwitted, weak counterpart to the strong female leads in the Ghostbusters reboot.

You don't have to be paying close attention to notice a common denominator in these particular failures. But somehow, Hollywood seems aloof as to why its once -lucrative franchises are dying unceremoniously at the box office.

How else could one explain the choice to continue the James Bond franchise with a black woman, actress Lashana Lynch, taking her place as the new and improved British super-spy, 007?

The woke mob has been calling for a female 007, and it's elated at the choice of a black female. But bowing to the feminist furor on this one is an epic miscalculation that's even bigger than the aforementioned fumbles. If Hollywood moves forward with this idea, it will be successful in doing what scores of SPECTRE agents could not, since Sean Connery first ordered his dry martini “shaken, not stirred” in 1960s Dr. No — it will have killed James Bond.

The Bond franchise, make no mistake, is successful because it is about James Bond — a hard-drinking, tough, coolly calculated, debonair womanizer who men want to be and whom women want to be with. There is broad appeal for that character and for the stories in which he has been set. The actors and sexy Bond girls have changed over the years, providing slight differences in the character's presentation and circumstances, but this character as the centerpiece of each film has provided much of the audience appeal.

Lashana Lynch's 007 will be the successor to the role, and while I'm sure the film will have all the prerequisite intrigue of international espionage, chases, and explosions, she will be nothing more or less than an entirely new but derivative and incongruent character, meant to exploit that formula. Reports suggest that James Bond will appear in the film, played by Daniel Craig, only to come out of retirement and pursue the new female 007. She will refuse his advances and establish herself as the new hero. Will she be a hard drinker, a fighter, a gambler, or a sexual magnet for men (or, if the writers really want to go for broke in climbing the wokeness scale, for women?) to cash in on the James Bond formula?

It doesn't matter. The role was written for a man, and men and women have broad, distinctively different traits. What feminists don't seem to understand is that Lashana Lynch cannot both express femininity and be the iconic James Bond character that audiences have flocked to movie theaters to see for nearly 60 years, and have paid an inflation-adjusted $16,315,134,284 to see on the silver screen.

It boggles the mind to imagine why Hollywood is bowing to the woke mob on this. The Bond films are among the few spots where Hollywood can still succeed with regularity and with great profitability. Twenty-twelve's Skyfall was the highest grossing Bond film ever at over $1.2 billion, and 2015's Spectre grossed over $935 million.

Hollywood's devotion to wokeness is actively killing the movie franchises that are its lone lifeline in retaining prominence in today's entertainment culture. If time and box office receipts have proven anything these past years, it's that that audiences won't run to theaters to watch the uninteresting reinvention of characters and franchises that exist seemingly only to satisfy militant feminists.

William Sullivan blogs at Political Palaver and can be followed on Twitter.