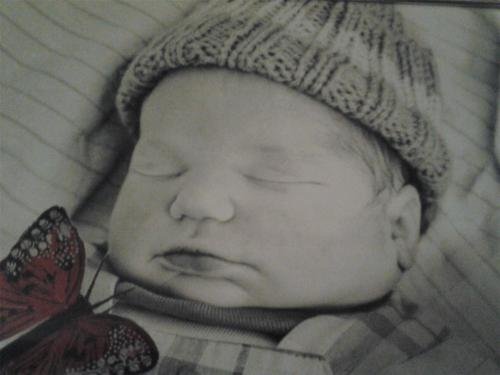 Every single day over 3,000 unborn children in the United States are brutally murdered by having their limbs literally torn and ripped apart.  This is the cold hard truth, and although every year there are hundreds of pro-life laws attempting to confront this dark reality legislatively, you will almost never hear a positive news story about pro-lifers.

I believe that Heather and Brady's story needs to be heard and that the political media should be chastised for burying and distorting it.

In the spring of 2013, I drafted and was one of the two proponents of the Colorado Brady Amendment along with Heather Surovik.

I came to know Heather Surovik after her family and her church supported the 2012 Personhood Amendment in Colorado.  The family had asked our volunteer circulators to collect signatures at the service for Brady Surovik after the media had started to dehumanize baby Brady.

Baby Brady was killed when he was just days from being born when Heather’s car was struck by a drunk driver, and unbelievably for Heather Surovik, the media abuse started even before she was recovered from the accident.  Barely a month after her 8.5 pound baby was killed, Heather had to put up with a Denver Post editorial by none other than former first “lady” of Colorado Dottie Lamm, which basically stated sorry you lost your baby, but he was not a baby, he was a fetus, and keeping abortion sacrosanct is more important than your motherly sensibilities.

After being subjected to such abuse, and meeting our volunteers, it was a no brainer for Heather and her family; she was rearing to go on a crusade to prove that her baby boy and all other unborn babies were persons.

As director of Personhood Colorado, I met with Heather, her family, and her pastor many times while trying to find a way to turn Heather’s tragic loss to a redemptive end.  In true Christian fashion, Heather looked to turn the loss of a son into a victory for God and for life.

Our first step was to go to the legislature and try to pass a law that would protect children like Brady without dehumanizing other unborn babies.  On January 9, 2013, nearly six months after the death of Brady, Janak Joshi, a Republican representative from Colorado Springs, introduced HB-1032.  Unfortunately, even though the Colorado Fraternal Order of Police supported the bill, Democrats killed it in committee in a straight party line vote on January 28.  During the committee hearing a pro-abortion witness repeatedly stated that Brady was not a person but only a pregnancy, which prompted Heather Surovik to break down in tears.

Abortion advocates knew that they had a PR problem, so they moved quickly and introduced their own law, HB 13-1154, to deal with fetal homicide situations.  Planned Parenthood's bill was introduced on the very day that legislators killed Rep. Joshi's bill that Heather had endorsed.

It was all perfectly orchestrated by Planned Parenthood of the Rocky Mountains.

Amazingly, the sponsor of the abortion advocate’s bill just happened to be Rep. Foote, Heather’s own state representative.  He had the audacity to not only sponsor a bill that stated specifically that it did not confer “any rights … on a human being at any time prior to live birth” but then tried to recruit Heather Surovik to endorse this bill!

Heather not only turned him down flat, but decided to craft and co-sponsor, along with me, the Brady Amendment, a statewide citizens initiative to amend the constitution to recognize that her son Brady and every unborn baby should be recognized as possessing the rights of a person.

We filed the language of what is now Amendment 67 on March 1, 2013, and six months later, by September 30 of that year, we had turned in 140,000 signatures.  Rep. Foote’s bill was subsequently pushed through by Democrats in order to claim that the issue of Brady Surovik’s tragic death was off the table. And that is exactly what the media has been trumpeting ever since then.

This brings us back to the unabashed bias and absolute pro-abortion activism that passes for journalism in the United States of America.

None of the backstory that I have written here is hidden or hard to find. Yet none of this story, which would make for legitimate journalism, has been covered in the myriad of editorials in Colorado and national media reports in the lead up to the election.

Of course, the fact that every single day is a new self-inflicted 9/11 is never mentioned.  The fact that Colorado has a clinic and a notorious doctor (Warren Hern) that performs the latest of late term abortions is never mentioned.  Telling the story that Planned Parenthood – the nation’s largest abortion corporation and the big-government concubine par excellence of President Obama – is singlehandedly funding the effort to shut down the crusade of a single woman fighting for her deceased son’s dignity is not even contemplated, much less told.

In fact, instead of examining and admiring the effort that this bereaved mother has made for her son’s dignity, media outlets like the Denver Post and Durango Herald insult Heather Surovik by accusing her of “attempt(ing) to capitalize on this circumstance.”

Instead of recognizing the dignity of Heather Surovik and her son, they focus instead on the outlandish claims that the amendment will ban certain forms of “birth control.”  They don’t mention that by “birth control” they mean murdering the poor child before they have the chance to be born.  Instead, the media parrots the abortion industry propaganda that the amendment will cause authorities to investigate women who have miscarriages, and even prevent women from receiving life saving treatment when “the mother’s life is in jeopardy.”

In perhaps the most pathetic of all segments, CBS’s Denver affiliate “Fact Checks” the outrageous claims made by abortion advocates in their scare tactic TV ads (paid by Planned Parenthood – no conflict of interests there of course) which state that “Amendment 67 would criminalize still births and miscarriages” and the television “reporter” answers “That’s True”!   The “reporter” then explains that under this law, “treatment for cancer could be considered a criminal act.”

There are many common sense reasons why this is absolutely ridiculous.  If we had journalists who were interested in actually trying to find the truth, they might observe that prior to the modification of the model penal codes in the fifties and sixties, many states prohibited abortion completely precisely because they recognized the unborn as persons, and yet none of these draconian consequences ever occurred.

In Williams vs. Marion Rapid Transit Co., a 1949 Ohio state Supreme Court decision, the court wrote that “if the common law protects the rights of the unborn child and if every intendment in the law is favorable to him, the inference is inevitable that such unborn child is a person and possesses the rights that inhere in a person even though he is incapable himself to assert them.”

In fact, the very author of the 14th Amendment to the US Constitution, John Bingham, argued during the ratification process of that amendment that “a State has not the right to deny equal protection to any human being under the Constitution of this country in the rights of life, liberty, and property.”

Now, in all that historical period where respecting the life of the unborn was seen as compatible with the life and liberty of the mother, there is not a single case of a woman or a doctor in all the history of the entire United States who was prosecuted for killing an unborn child while receiving medical treatment. Not one case!

In fact, if the intrepid “reporters” who are parroting the abortion advocates opened up their Colorado Revised Statutes they would find the common sense way that the law has always dealt with tragic situations where harm comes to one person from another who is trying to save herself, and it is called the defense of “necessity.” In Colorado this concept is even codified under “Section 18-1-702. Choice of Evils.”

The “choice of evils” statute basically states that “conduct which would otherwise constitute an offense is justifiable and not criminal (emphasis added) when it is necessary as an emergency measure to avoid an imminent public or private injury which is about to occur by reason of a situation occasioned or developed through no conduct of the actor, and which is of sufficient gravity that, according to ordinary standards of intelligence and morality, the desirability and urgency of avoiding the injury clearly outweigh the desirability of avoiding the injury sought to be prevented by the statute defining the offense in issue.”

The explanatory section of the Colorado Revised Statutes state that this “choice of evils” statute is simply a codification of the common law doctrine of “necessity.”  In other words it is a common sense, common law, widely known and widely used defense for emergency situations which if applied within ordinary standards of intelligence, is perfectly acceptable.

In essence, the law already provides the necessary flexibility to protect people whose intent is innocent.  That of course cannot be said of the abortion industry or their advocates in the media.

So why does the media take these outlandish accusations by the abortion industry and run with them as “fact,” while simultaneously ignoring the mass murder of unborn children and the tragic dehumanization of wanted babies such as Brady?

There is only one answer to all of this, and that is that when it comes to personhood and abortion, the media is rank with raw and unadulterated prejudice.