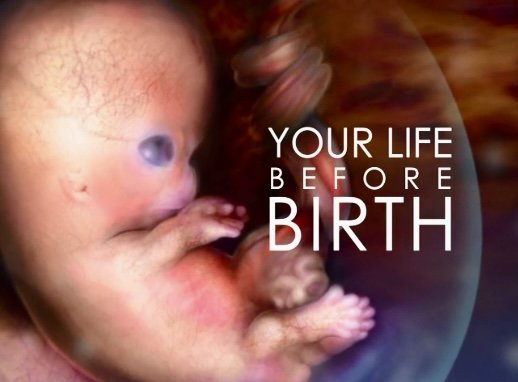 (LifeSiteNews) — Now, during the pinnacle of a Goliath worldwide attack on life and fertility, is the time to fight for life with every “stone” at our disposal. Video footage showcasing the unborn human in its exquisite detail is one such stone — one that leads not to destruction, but to the preservation of life.

The Biology of Prenatal Development, which Father Frank Pavone, the national director of Priests for Life, called “the most vivid, powerful, and striking videography of the unborn child that exists,” is a prime example of this.

Dave Andrusko of National Right to Life News raved that this award-winning National Geographic documentary “is so beautiful, so awesome, it almost takes your breath away.”

While the film has long remained in some obscurity, its video footage of the unborn baby, which vividly captures even the beating of its embryonic bright red heart, visible through transparent skin, remains on the cutting edge of fetal imaging. It films with a rare technique called embryoscopy, which involves a tiny camera the size of a pen tip.

The documentary captures amazing color footage week by week, from 4.5 weeks to 5 months, after which it switches to ultrasound images. The film consistently displays video imaging from 4.5 weeks’ gestation to 12 weeks, a time period during which the great majority of abortions are performed. The CDC reported in 2018 that 92.2% of abortions were performed within 13 weeks of gestation.

The footage of the developing baby is fascinating simply from the perspective of natural human curiosity, wonderment and awe — so much so that the documentary calls the “process by which the single-cell human zygote becomes a 100-trillion-cell adult” “perhaps the most remarkable phenomenon in all of nature.”


This National Geographic film is especially captivating because it provides a rarely-seen quality of video footage of the unborn. This unparalleled clarity of vision it literally gives to the earlier stages of human development, during which babies are most often killed through abortion, is what gives it potential to be particularly powerful for the pro-life movement.

A plus of the film is that it is made more widely shareable because it is not produced by a pro-life organization, but by the leftist National Geographic, which only just recently celebrated the “iconic collars” of the vehemently pro-abortion late Justice Ruth Bader Ginsburg. So the documentary cannot be accused of harboring a hidden “pro-life agenda.”

From its beginning, the film treats the unborn child not as a compartmentalized, different kind of being from the child of “viability” age or once newborn — but as one and the same human being, from the moment of conception.

The film notes that the “unique first edition of an individual’s complete genetic blueprint” is present in the chromosomes of the zygote formed as soon as the mother and father’s genetic material combine. The child’s gender, eyes shape and color, hair color, and even their physical mannerisms are already “in writing” in their DNA’s “master plan.”

After showing computer graphic footage of the earliest stages of fetal development, the film displays actual video footage of a human embryo from four weeks and six days after conception until about five months after.

The first glimpse of footage reveals one of the most vivid displays — if not the most vivid — of the inner workings of any creature the viewer has ever seen, let alone that of an unborn human being. It is the bright red, rapidly beating heart of the budding human embryo.

The film continues to display incredible fine features of the embryo that emerge at a young age: At about seven weeks, one can see little well-formed hands with distinct fingers, the bud of the nose, and even the emerging folds of its ear. Already at this age, the baby has been seen to hiccup and startle.

By the end of the eighth week, the baby has distinctly formed toes, touch reflexes that include squinting, and eyebrows. Its brain is “highly complex,” and makes up almost half of the baby’s body weight.

By nine weeks, thumb-sucking begins, as well as sighing and stretching. By 10 weeks, the baby yawns, and toenails and fingernails begin to develop. By 11 weeks, the nose and lips are completely formed.

The documentary goes on to alternate embryoscopy video footage and ultrasound 3-D imaging, that reveal that by three months, the child is extraordinarily well developed, with hand contours like that of an adult, taste buds that cover the inside of its mouth, and touch responsiveness over most of its body.

As Father Pavone points out, “It is widely known in the pro-life movement that ultrasound imagery changes peoples’ minds and hearts.” This documentary goes beyond ultrasound to allow you to see the unborn child as if before your very eyes: the transparency of his skin, his veins, the very roof of his mouth.

“There will be even more radical conversions if more people commit to spreading this far and wide,” Father Pavone told LifeSiteNews.

While the documentary can be purchased at the Endowment for Human Development (EHD) store, you can also view much of it in bite-size chunks on the EHD website or on Father Pavone’s YouTube channel.