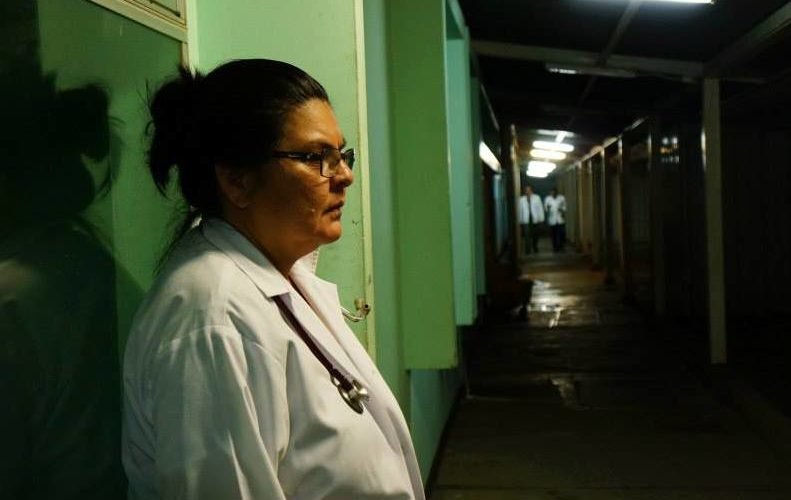 Dr. Carla Cerrato marches firmly through the brightly-painted halls of Hospital Alemán Nicaragüense. Her white medical coat has “Ipas” emblazoned across the pocket. The obstetrics offices and maternity ward at Dr. Cerrato’s hospital are by no means squalid, but neither are they a model of sterile hospital care that those in developed nations expect as a matter of course. Today, Dr. Cerrato is advising a 28-year-old patient who may have ruptured the amniotic membrane protecting her unborn child. If that’s the case, the patient’s mother says she’d rather see her grandchild aborted than risk possible infection. Despite Nicaragua’s ban on abortion, Dr. Cerrato is willing to oblige.

A Quiet Inquisition is a cleverly persuasive documentary. It grips the audience with emotional appeals and lauds Dr. Cerrato as a trustworthy, compassionate doctor who is willing to act boldly in the face of Nicaragua’s pro-life laws. There’s just one problem: this agenda-driven propaganda film fails to take account of the facts regarding abortion and maternal mortality.

Supported by NARAL and named by the Huffington Post as one of the top “10 Films Every Human Rights Advocate Should Watch,” A Quiet Inquisition made its world premiere at the Human Rights Watch film festival in New York on June 15. Filmmakers Alessandra Zeka and Holen Sabrina Kahn were inspired to create the documentary when they read Jack Hitt’s 2006 column attacking El Salvador’s abortion ban in the New York Times. Despite the fact that Hitt’s hit-piece was later found to be riddled with factual errors and blatant misrepresentations, Zeka and Kahn headed to Nicaragua to shoot for nearly six years.

Their refrain? “Women are dying.” Dr. Cerrato recounts cases of placenta previa, infection, and cancer during pregnancy. She argues that abortion is justified in such cases. A few times throughout the documentary, Dr. Cerrato recommends the illegal use of misoprostol, an ingredient in RU486 that, when misused, causes life-threatening complications. Her recommendation is at odds with the Committee for Excellence in Maternal Healthcare, whose expert members have lectured extensively on treating cancer during pregnancy, management of high-risk obstetrics, and the medical complications of pregnancy, even in the developing world. Their conclusions were laid out in the Dublin Declaration, which contends that “direct abortion is not medically necessary to save the life of a woman.”

Unlike the film, the Dublin Declaration acknowledges the “fundamental difference between abortion and necessary medical treatments that are carried out to save the life of the mother, even if such treatment results in the loss of life of her unborn child.” If, as Dr. Cerrato suggests, there is confusion among doctors about this distinction, Nicaragua’s Health Ministry should adopt guidelines to clarify it without legalizing so-called therapeutic abortion. To claim that certain medical interventions are abortions, however, is inaccurate and insensitive to mothers who are grieving the loss of their child. Such cases should not be exploited by abortion campaigners, yet they make their appearance in A Quiet Inquisition nonetheless.

The film attempts to convince the audience that legalizing abortion will reduce maternal mortality in Nicaragua. This simplistic proposal fails to recognize that the root causes of maternal mortality are poverty and a lack of critical health care infrastructure. Both causes are evident in the film, resulting from more than 40 years of Socialist governance and stagnant economic development. Legalizing abortion cannot solve these root issues.

Instead, the solution to high rates of maternal mortality in the developing world is to ensure that every woman has access to quality prenatal care, to increase the number of skilled birth attendants, to strengthen health care systems, and to focus on educating women and alleviating poverty. These advances made Chile, which also prohibits abortion, one of the safest places in the Western Hemisphere for pregnant mothers and their unborn children.

A Quiet Inquisition is sure to attract the attention of abortion advocates and arouse the well-meaning sympathies of uninformed viewers. Viewers who seek the truth, however, must inquire beyond the bounds of this agenda-driven documentary. Human rights advocates who want to protect women at the expense of unborn children must recognize that legalizing abortion will protect neither women nor human rights. Only by protecting both mother and child can we establish a firm foundation of human rights in law and medicine.