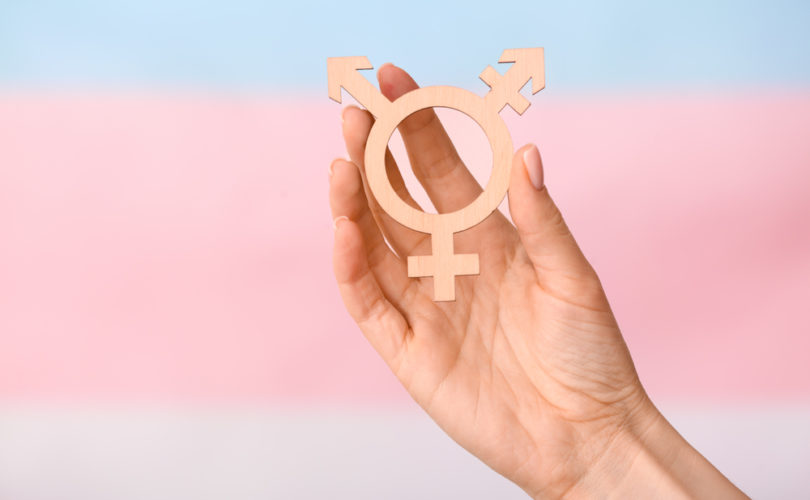 April 27, 2021 (LifeSiteNews) — One mantra that emerged from the COVID-19 pandemic is “follow the science,” which suggests that health and social policy should be guided by scientific research. If this principle applies to a virus threat, why doesn’t it guide policy on gender identity disorder (GID)?

On March 24, the Senate confirmed President Biden’s choice for assistant secretary of health — a male pediatrician who claims to be a woman: “Rachel” Levine. Lambda Legal, which promotes LGBTQ civil rights, praised Levine’s confirmation as marking “the return of science, competence, and empathy to one of the most important institutions in our government.”

Touting Levine’s confirmation as “the return to science [and] competence,” however, is a questionable assertion. Yes, an article posted by American Family Physician claims that “gender-affirming hormone therapy … is generally safe” and that “those who receive treatment generally report improved quality of life and self-esteem.” But the same article admits that “transgender patients typically have high rates of mental health diagnoses” and that primary care physicians should “consider routine screening” for a number of mental health conditions, including depression, anxiety, eating disorders, and suicidal proclivity. Physicians should also look for signs and symptoms of metabolic disease and osteoporosis because “hormone therapy may increase the risk of these conditions.” Other risks listed include breast cancer and cardiovascular or cerebrovascular disease.

Likewise, the American College of Pediatrics (ACP) says that puberty-blocking hormones “induce a state of disease — the absence of puberty — and inhibit growth and fertility in a previously biologically healthy child.” Also, for both children and adults, cross-sex hormones (testosterone and estrogen) are associated with dangerous health risks including cardiac disease, high blood pressure, blood clots, stroke, diabetes, and cancer.

Despite this research, medical professionals (such as Levine), politicians, and educators advocate that children should be encouraged not only to question their gender but also to pursue irreversible hormonal treatments to alter their bodies.

After Levine’s confirmation, Senate Majority Leader Chuck Schumer (D-NY) said, “As transgender Americans suffer higher rates of abuse, homelessness, and depression than almost every other group, it’s important to have national figures like Dr. Levine, who by virtue of being in the public spotlight, will help break down barriers of ignorance and fear.”

What Schumer and many other politicians fail to say as they spout LGBTQ talking points is that the higher rates of mental as well as physical conditions may be caused by the hormonal treatments transgenders take to alter their gender.

Educators also use LGBTQ talking points as a basis for policy. According to the Schools in Transition guide published by the Human Rights Campaign, “the expression of transgender identity, or any other form of gender-expansive behavior is a healthy, appropriate and typical aspect of human development,” and no student should be “asked, encouraged or required to affirm a gender identity or to express their gender in a manner that is not consistent with their self-identification or expression. Any such attempts or requests are unethical and will likely cause significant emotional harm.”

Yet the guide fails to mention scientific research that indicates hormonal therapies and sex-reassignment surgery may also cause “significant emotional harm” in children and teens. And not one of the guide’s authors is a medical professional.

For over 18 years, I have provided pastoral care for people whose lives have been torn apart because they believed that transitioning to the opposite gender would alleviate their pain and make them whole. Here’s a sampling of what they’ve told me:

At Help 4 Families, where I serve as director, we acknowledge that the struggles gender-confused people endure are more than psychosomatic. They are real, and they need to be addressed seriously, with compassion. But hormonal treatments and invasive surgical procedures are not the answer. Our goal is mental, physical, emotional, and spiritual restoration. And we create opportunities for individuals and families impacted by gender brokenness to know God and thrive as the people he created them to be.

We need to follow all the science, not just studies that support the LGBTQ agenda. Let’s hold medical professionals, politicians, and educators to the standard of truth — the whole truth. As the ACP website notes, “For children experiencing gender dysphoria before the age of puberty, the confusion resolves over 80 percent of the time by late adolescence.”

If your child is questioning their birth gender or has displayed GID symptoms, you can make a difference. Provide a safe, open environment for them to discuss their feelings and ask questions. Invest more time in strengthening the parent-child relationship. Affirm their unique personality, praise their talents, and be engaged in their interests. Promote a healthy appreciation of their birth gender and help them cultivate healthy same-sex friendships.

Guide your child toward the truth about gender and a healthy understanding of their identity.

Denise Shick is the Founder and Director of Help 4 Families, a Christian ministry that compassionately reaches out to family members who are grappling with the emotional and spiritual issues encountered when a loved one identifies as transgender.