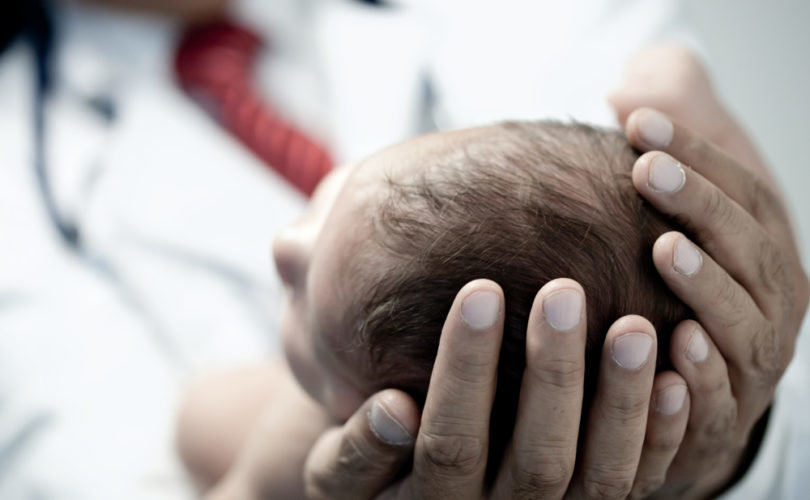 Youth Defence has called on an Taoiseach Enda Kenny to immediately reconsider the repeal of last year's abortion legislation, as shocking reports of a baby being deliberately delivered prematurely at just 25 weeks show the new law to be “unworkable and barbaric”.

Spokeswoman Clare Molloy said the law did not afford sufficient protection to either mother or baby and placed doctors in an impossible position. “The law is clearly unworkable and is already producing horrific results which will have devastating effects. Far from providing clarity, the law now places conscientious doctors in an impossible situation,” she said.

According to reports in the Irish Independent the mother of the baby had claimed she was suicidal and requested an abortion under the new Act – the cynically misnamed Protection of Life in Pregnancy which controversially passed through the Dáil last year.

The Independent said that the two psychiatrists assessing the case had 'determined her life was at risk since she had suicidal thoughts, but the obstetrician on the three-person panel argued that the baby should be delivered because the pregnancy was advanced.

“What we saw last year was that all the medical experts agreed that abortion was not a treatment for suicidality, yet Mr Kenny pushed this legislation through. Given that the appalling scenario envisaged by critics of the legislation has immediately become a reality, an Taoiseach needs to act to repeal possibly the worst piece of legislation rushed through the House,” she said.

The Life Institute and other pro-life advocates had argued last year that the legislation would lead to exactly this scenario, where an Obstetrician, knowing that evidence-based medicine did not support abortion as a treatment for suicidality, was forced into an impossible situation of deliberately delivering a baby prematurely.

“Prematurity has very serious consequences for the baby: brain damage, deafness, blindness, and more. This is a barbaric and unworkable law and must be repealed,” Ms Molloy pointed out.

Ms Molloy added that she hoped every care was now being offered to both mother and baby, and that reports to date indicated that the young woman involved was in fear of her life from other parties; a situation not improved by access to abortion.

“It has been bizarre to see the reaction of abortion supporters reaction to this sad case on twitter and other forums. Their repeated refrain is to say the great pity here is that the baby – a real person now in a NICU unit – was not 'terminated'. Their lack of compassion is breathtaking,” she said.

Niamh Uí Bhriain of the Life Institute said that the responsibility for inflicting all the problems of prematurity on the baby lay squarely with an Taoiseach Enda Kenny who had forced through a law that was now turning medicine on its head.