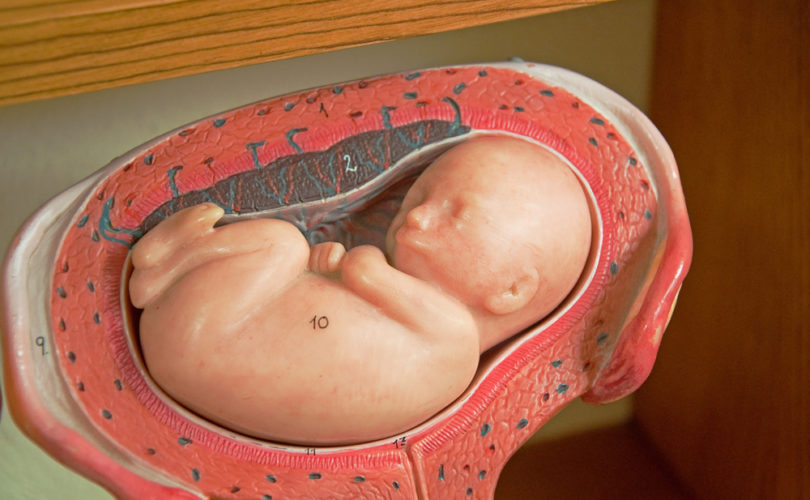 June 28, 2017 (Public Discourse) — In 1971, the Manifesto of the Gay Liberation Front was published in England. The unashamedly radical document boldly declared, “The oppression of gay people starts in the most basic unit of society, the family. . . . The very form of the family works against homosexuality.”

Under the subheading “We Can Do It,” we learn that “further advances are on the point of making it possible for women to be completely liberated from their biology by means of the development of artificial wombs.” According to the document, we had nearly reached “a stage at which the gender-role system is no longer necessary.” “We must work together with women, since their oppression is our oppression, and by working together we can advance the day of our common liberation.”

This far-sighted document, proclaiming a utopian vision of a genderless, family-free future fit for individuals unburdened by unchosen roles, captures the importance of reproductive technology in assisting the sexual revolution. The artificial womb, explicitly mentioned, is now, over forty years later, in the headlines.

News that lamb fetuses have been gestated in “biobags” has prompted speculation that one day, even if not very soon, human babies will be brought to term via a similar form of partial ectogenesis, supplementing human pregnancy. What happened with the lambs was something of this type and not, as the authors of the Gay Liberation Manifesto seem to have hoped, ectogenesis from conception, which would bypass pregnancy altogether.

The importance of human pregnancy and the role it plays in helping to determine moral principles in debates over sexual ethics and especially abortion have received serious attention in recent times (see, for example, Helen Watt’s The Ethics of Pregnancy, Abortion and Childbirth and Kate Greasley’s Arguments About Abortion). It is appropriate to ask what effect the possibility of ectogenesis, partial or complete, should have on moral thinking in this area.

Justifying Abortion in an Age of Artificial Wombs?

Kate Greasley, an academic supporter of abortion rights, has alerted her readers to the fact that some traditional arguments justifying abortion will not work in the face of artificial wombs. She points out that the mantra “my body, my choice” will “not have much purchase once women’s bodies are taken out of the question. This is especially so where costs and the risks of transferring the foetus to an artificial womb are no greater for the woman than that of termination.” All the arguments for a woman’s right to “eject” or “detach” a fetus (famously dramatized in Judith Jarvis Thomson’s freakish Violinist analogy) cannot justify a claim deliberately to ensure the (easily avoidable) death of the linked-up human being.

If an unborn child can exist in isolation from his or her mother, whether naturally or artificially, then clearly abortion defenders have to supply us with an additional justification for ending his or her life when that life could continue outside the woman’s body. What might such a justification be? Greasley suggests that the more significant interest protected by abortion rights is the interest in “procreative control,” that is, “the right to decide whether and when one will become a parent.”

But why couldn’t such a right to procreative control justify ending the life of one’s newborn—or even that of an older child? Presumably Greasley would fault such an argument on account of the fact that the woman has already become a parent. Thus, the appeal to procreative control to defend abortion must assume that a woman has not already become a parent once conception has taken place within her—or at least, by the time of any proposed abortion. But is that assumption correct?

True, Greasley does not concede that the human embryo is a human person with significant and fundamental rights and interests (for a striking examination of the philosophical problems with such a view, see Alexander Pruss’s article “I Was Once a Fetus”). But does the fetus have to be a “person” with rights in order to have a mother and a father?

It doesn’t seem so. Even those who believe that newborn babies are not “persons” in moral terms are often happy to refer to babies as the children of their parents. So whether or not the fetus has personal status, it may be too late for the mother to avoid parenthood; if she is already a parent, the time for her to exercise her right to procreative control, to decide “whether and when” she will become a parent, has passed.

There is something odd about according serious moral importance to a biological bond, not in the sense of recognizing the claims of existing offspring, but rather in the sense of avoiding any claims that offspring might make on a parent in the future. So opposed is the parent to being a parent that the offspring must be not just removed but destroyed.

The Moral Significance of Pregnancy

Appeal to procreative control also raises another question: can a father legitimately demand that his offspring be destroyed if he decides not to be a father, overriding the objections of the woman with whom he achieved conception? Clearly not if the offspring is still in her womb, as this would involve a forced abortion, violating the woman’s right to freedom from coercive bodily invasions.

However, in the United Kingdom, a man with embryo offspring in the freezer can prevent the mother of those offspring, or anyone else, from gestating the embryos and bringing them to term. So could a father perhaps insist on having a fetus in a biobag—even a nine-month-old fetus—destroyed, if he does not want to be a father? Would it make any difference whether the mother had already been pregnant with the child before he or she was placed in the biobag? Otherwise, the woman and the man might be equal when it came to their parental rights—or should we say, duties. But we do normally assume that a woman who has been pregnant has rights of procreative control at least in the sense of rights to raise the child: rights that may even trump those of the father, if the parents live separately.

Could the woman instead destroy the nine-month-old baby in the biobag if it was she who did not want to be a parent? Or should we perhaps distinguish between the parental right to protect and the supposed right to destroy? We certainly don’t grant the latter to a parent, male or female, who feels burdened by the presence of a newborn infant, or foresees that infant causing future burdens. In such cases, parents are expected to use their bodies to benefit the child—by feeding it, for example—even when the burdens are greater than those of many a pregnancy (as with a constantly crying infant who drives parents, particularly isolated parents without support, to the point of exhaustion and desperation). So it’s not just the burdens of doing the work here: at least until new parents can be found, biological parents are expected, reasonably, to offer basic care.

A baby who has had a gestational mother at some stage, even if he or she is now being gestated in a biobag, has a stronger parental connection and is thus less vulnerable to abandonment than a baby who has never been gestated by a woman. Complete ectogenesis would only be achieved through the alienating production process of IVF and would compound the disruption of bonding that IVF already involves. In the case of partial ectogenesis, there will still be a birth mother who has a presumptive claim to raise the child whom she had gestated:  babies are not taken away (or should not be taken away) from birth mothers without good reason, nor do we randomly distribute babies to women who have just given birth. Hence gestation is relevant in offering potential protection to the child who has one clear presumptive protector.

To accord greater rights to a woman who has already gestated a child is to acknowledge the moral significance of gestation. This brings us back to the bodily and biological: that from which the authors of the Manifesto were so eager to be “completely liberated.”

Forget Not the Body

Those who oppose abortion have generally upheld the moral significance of the bodily and the biological, holding pregnancy to be a unique state calling for special moral principles and consideration. Consistent concern for bodily integrity forms part of the anti-abortion case, for it reaches to concern for the bodily integrity of the fetus and means that procreative control cannot trump such concern, not least because the parents have already procreated. (Note also that the kind of invasion of the bodily integrity of the fetus normally in question with abortion is as radical and lethally grave as it possible to be.)

Examination of the significance of biological bonds leads to the question of whether a pregnant woman is wrong to think of herself as already a mother. Some will want to deny that even a woman with a born child is a mother, at least in any morally relevant sense, before the child is a “person.” On that view, there is no presumptive link between a biological relationship and social guardianship.

Yet not only birth—the end of pregnancy—but pregnancy itself has often been seen as the beginning of motherhood. Deny this, and it’s hard to see how gestation creates special rights and duties. And if it does not create special rights and duties even when followed by birth at term or earlier, then it’s hard to see why the father can’t exercise his procreative control over the formerly gestated baby now in the artificial womb through a lethally destructive act.

Remove the body from such areas of ethics as these and one removes protections from born as well as unborn children in the form of the biological family with a given, role-specific commitment to their welfare. Such experiments have only ever had disastrous results, as must any experiment that denies significance to our bodily being and the flourishing that relates to it. Just read those words from the Manifesto or more recent works that toy with the idea of dismantling family structures based around a biological mother and father. For what now determines what is ethical here? Contracts? The utilitarian calculus? Such theories have not been doing too well of late, not least because they are ways of avoiding deep moral questions. Reflection on the possibility of artificial wombs can help us face such questions head-on, leading us to consider the place of the body in ethics and with it maternity, paternity, and those other roles we need to take seriously if we are to make moral sense of our lives.

Dr. Anthony McCarthy is the author of Ethical Sex: Sexual Choices and Their Nature and Meaning (Fidelity Press, 2016). He lives in London and lectures on moral philosophy and bioethics both in and outside the United Kingdom.