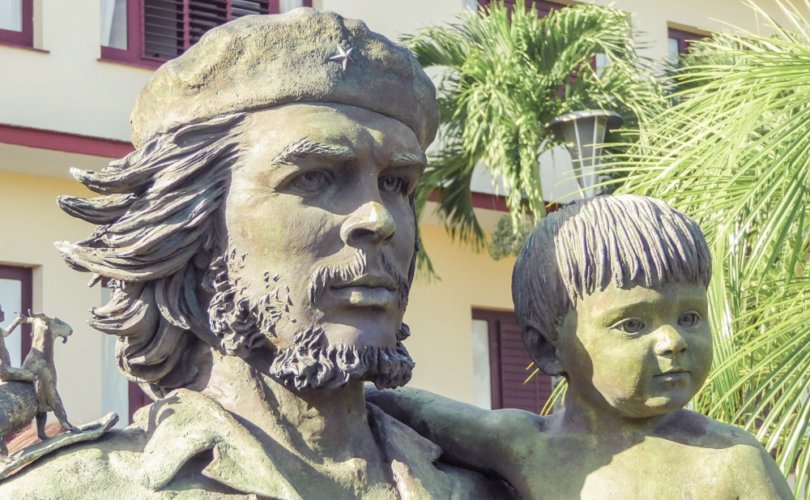 September 13, 2019 (American Thinker) — August 2017, Charlottesville: Police disappear even as belligerents advance toward each other, and fighting in the streets begins. The same tactic had been used successfully in Ferguson and Baltimore. Who but President Obama and the respective governors could have given the orders to stand down? Who else but mayors and police chiefs could have expedited such counterintuitive commands?

Democrats got their optics. CNN could chant each day that the USA is full of white nationalists and right-wing criminality. Obama must've been proud. Anyone could see that white supremacists lurked on every street.

Funny thing: If you wait around for these people to turn up on their own, you will probably find they are as rare as Sasquatch.

Seriously. Does anyone know a white supremacist? Do they have any spokespeople on television? Do they have networks as liberals do? Do they have bestsellers and big rallies? Do they run departments at great universities? Do they control foundations? Central casting wants to know: where do you find these people? Probably you can't, not unless you have top-level politicians willing to create riots on demand.

If you want something both menacing and commonplace, look in a completely opposite direction. Look for red supremacists. That would be hard-left people in control, or scheming to be in control. But how can we know when they are present?

Consider that Americans split 50-50 on most of the main issues in this country: gun control, abortion, capital punishment, conscientious objection, voting age, drinking age, et al. Surely, the hard Left works to change opinion on these issues. But typically, there are no giant anomalies to prove what effect red supremacists are having.

Education is the opposite story. When it comes to reading, writing and arithmetic, 99% of American parents want children to have these skills. Naturally they get them, right? Wrong, and that's how you know that some serious subversion is going on. Red supremacists seem to be everywhere in education. Examining K–12 is remarkably revealing, like taking an x-ray of the whole country.

This takeover has unfolded slowly throughout the 20th century. It's the big unreported story. John Dewey started implementing his vision around 1900. He wanted to build scores of ed schools, indoctrinate teachers with his socialist theories, and send them out to the countryside to brainwash future generations. The Comintern (Communist International) arrived in 1921, thousands of agents indefatigably chiseling away at every part of society.

If you observed a bunch of farmers using buckets with holes in them, you would know that red supremacists had taken over farming. The strategy is simple: make people use what does not work.

The big gimmick in K–12 was to kick out phonics in 1931 and make children memorize sight-words. Literacy went into decline and has never recovered.

QED: Red supremacists wanted less literacy and used a fake instructional method to reach this goal. But it seems they got greedy; they went too far too fast and became too obvious. Fifty million functional illiterates! Now the tide is turning as more people figure out the great hoax known as Whole World, Whole Language, and other aliases. (Many feel that the situation today is like watching the German army retreat from Russia in 1944. Very satisfying.)

Now we have to ask, who are these wretched creatures willing to dumb down children and steal reading from them? They are sometimes called socialists, collectivists, totalitarians, communists, commies, or red supremacists — that is, people who think Marxist is a compliment. They never stop working. They give us a glimpse inside the novel 1984. They're always enthusiastic, always eager to do what their leaders tell them. If they gain enough power, they will make life hell for everyone, themselves included. That's what happened in Russia, Italy, China, Cambodia, and Venezuela.

For education to improve, red supremacists must lose power. That's how complete their grip is. If enough Americans start fighting back, improvement can happen. For a change, children will learn to read in 1st grade. They will know where Alaska is on a map of the world. They will be able to multiply 23×36 in a timely way. For now, education is sabotaged by theories and methods that hurt children. Anyone who looks closely at these gimmicks knows they were designed with hostile intent.

Sight-words are the paradigm of bad education. Other gimmicks are almost as destructive. Constructivism slows down the acquisition of knowledge even as educrats claim it's a miracle cure. Likewise, New Math/Reform Math/Common Core Math impede learning arithmetic by the simple device of introducing difficult topics before students are ready.

All this stuff is best called Dumb Ed. Nobody but red supremacists would go near it.

Bruce Deitrick Price's new book is Saving K–12: What happened to our public schools? How do we fix them? He deconstructs educational theories and methods at Improve-Education.org.