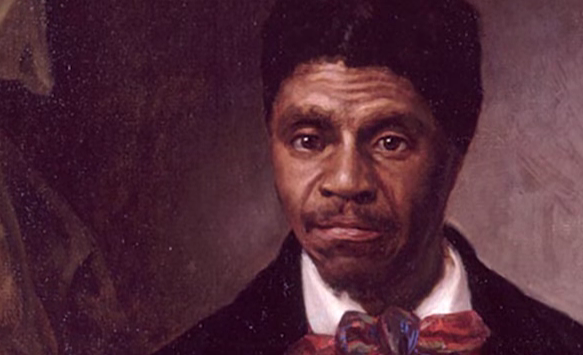 Yet this infamous decision recently became the occasion for a remarkable act of grace.

First some historical background: For the decades preceding the 1857 decision, the country was torn over the issue of slavery. While actual abolitionists did form a small majority in the North (and ideas of racial equality were rare even among abolitionists), northern whites did not want to compete against slave labor in the territories west of the Mississippi river.

That brings me to Dred Scott the man. In 1830, his second master took him from Missouri, a slave state, to Illinois, where slavery was illegal. In 1836, both returned to Missouri. After several attempts to buy his and his family’s freedom, Scott sued his master’s estate, claiming that under what was known as the “Somerset Rule,” which could be summed up as “once free, always free,” his late master had, in effect, set him free by moving him to a free state.

And that brings me to Dred Scott the decision. Chief Justice Taney could have decided Scott’s case on narrow terms. But he had something far more ambitious in mind: He wanted to settle the slavery issue once and for all.

The least infamous part of his opinion ruled that Congress could not ban slavery in the territories, thus making the Civil War all but inevitable.

The most infamous part concerned the status of African Americans. He ruled that Blacks, enslaved or free, could not be citizens of the United States. He justified this by writing that, historically-speaking, Blacks had been “regarded as beings of an inferior order, and altogether unfit to associate with the white race, either in social or political relations; and so far inferior, that they had no rights which the white man was bound to respect.”

All of this makes what happened last week on the 160th anniversary of the decision so remarkable. Standing before the Maryland State House, Charlie Taney, a descendant of Roger Taney, apologized on his family’s behalf, to Scott’s descendants and African Americans in general for the “terrible injustice of the Dred Scott decision.”

Then Scott’s great-great granddaughter, Lynne Jackson, accepted the apology on behalf of “all African Americans who have the love of God in their heart so that healing can begin.”

Some people will no doubt dismiss this as a kind of theater. After all, Charlie Taney isn’t responsible for what his ancestor wrote. But that misses the point.

What’s going on here is the acknowledgment of an historical wrong followed by an act of grace which holds out the possibility of a new beginning–in other words, what the New Testament calls “reconciliation.”

Reconciliation comes from a Greek word whose principle meaning is “exchange.” In fact, it was principally used in reference to money-changing, where the parties exchanged coins of equal worth.

In this case something far more valuable than money is being exchanged: the acknowledgement of past wrongs for a restoration of relationships and the possibility of, to use another biblical term, shalom: peace, wholeness, and contentment.

Despite Justice Taney’s best efforts, Dred Scott died a free man. His first master’s family bought him back from the estate with the express purpose of freeing him. Many thanks to Mr. Scott’s and Justice Taney’s descendants for showing us the path to reconciliation in these divisive times.