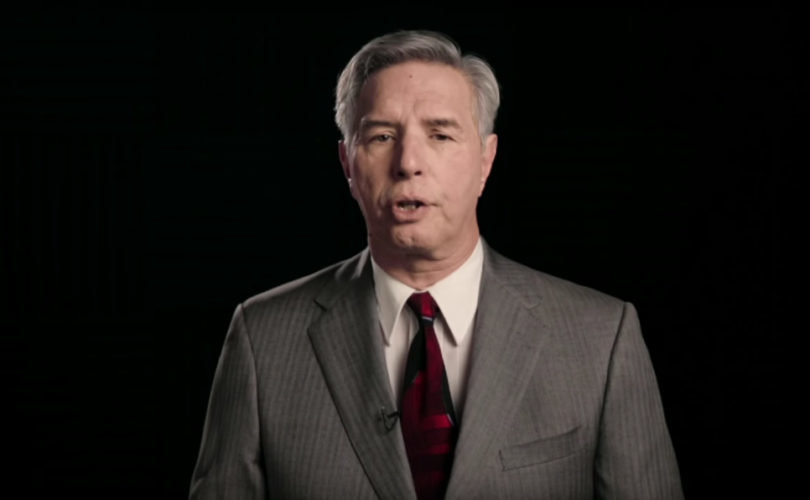 March 2, 2015 (Priests for Life) – I started doing abortions in 1977 in New York State during my OB residency. I graduated in 1980 and went into private practice, first in Florida and later in New York. In five years, I performed 1,200 abortions, including 100 second-trimester saline abortions and later, D&E abortions up to 24 weeks.

Let me tell you about saline abortions. They are horrible because you see one intact, whole baby being born, and sometimes they were alive. That was very, very frightening.

With D&E abortions, we traded one kind of brutality for another. You tear the arms and legs off babies and put them in a stack on the table. Babies are never born alive after a D&E abortion. It’s hard. If you have any heart at all, it affects you.

During this time, my wife and I found out we probably would not be able to conceive a child on our own, so we began looking for a baby to adopt. We ran up against one road block after another trying to find a baby to adopt, and I was throwing them in the garbage at the rate of nine or ten a week.

Finally we were able to adopt a baby girl. We named her Heather. A few years later, my wife gave birth to our son.

My daughter Heather was hit by a car in front of our home when she was two months shy of her sixth birthday. She died in our arms in the ambulance on the way to the hospital. I did a few more late-term abortions after that, but it was too difficult to continue.

When you lose your child, life is very different. Everything changes. All of a sudden, the idea of a person’s life becomes very real. It is not an embryology course anymore. It’s not just a couple of hundred dollars. It’s the real thing. It’s your child you buried. The old discomforts came back. I couldn’t even think about a D&E abortion anymore. No way. I stopped doing the second-trimester abortions. Then I came to the realization that if I shouldn’t be killing children in the second trimester, then I shouldn’t be killing them earlier, either.

I became involved with the pro-life movement and that has helped me heal and to find forgiveness. How do you make up for the 1,200 dead kids? You can’t.

As an abortionist, I was at the epicenter of the earthquake but since I stopped doing abortions and became involved with pro-life efforts, I can clearly see how abortion affects everyone connected with the child who dies. I regret performing abortions.