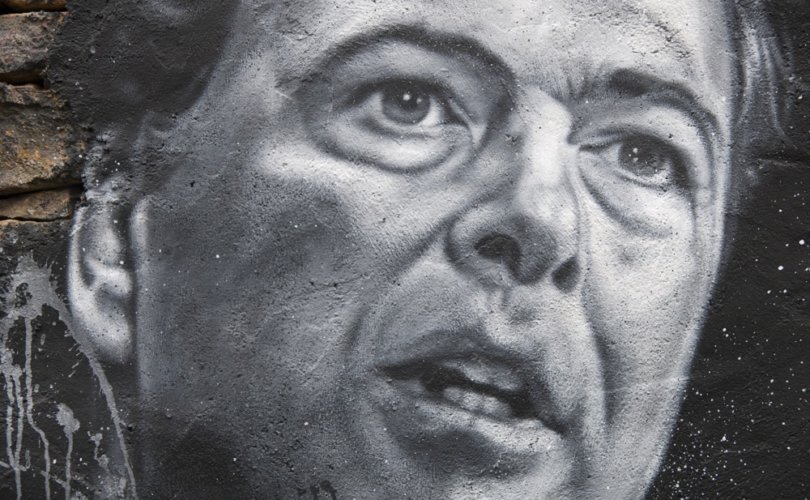 December 19, 2018 (American Thinker) – Is there a person on Earth more oleaginous than James Comey? The man known for his phonogenic and photogenic memory suddenly can hardly remember anything at all. In short, he lied, over and over again, while being questioned by members of Congress recently. Given his memory deficits, he was most assuredly too incompetent and unaware to be head of the FBI. Yeah, right. He has a good memory, and he's a practiced but bad liar. He thinks he is a cover-up artist.

If there is any justice left in America, he will be charged with a panoply of crimes. He obviously should have been fired long ago, certainly on the first day of the Trump administration. Like his pal Robert Mueller, Comey has long pretended to be non-partisan when in fact he is a vicious and supremely arrogant anti-Trump zealot. In the talk he gave at the 92nd Street Y a week ago, he bragged about flouting the process and took advantage of the “chaos” of an administration four days old.

In collusion with John Brennan, James Clapper, Andrew McCabe, the Clinton campaign, and the Obama administration, Comey orchestrated the agreed upon plan to take Trump down and out before the election with their fake “dossier” and then, once Trump won, to see that he would not be inaugurated or would be removed from office post-haste.

These are dangerous people, these self-appointed guardians of their own radical agenda and the power they've attained to protect it. Not one of them cares about the citizens of this nation; we are a constant thorn in their sides. They hate that we have the right to vote and that our votes count. And when our votes don't go their way? They will find a way to reverse our decision. They will lie, cheat, and steal any election they can, and they get away with it, year after year. Which is why they remain so stunned that they did not, could not, guarantee the election of Hillary Clinton. They are full of rage that their carefully calculated and well coordinated scheme failed.

Comey is a classic narcissist in the same vein as Obama: arrogant and characterized by a profound sense of superiority. The left commonly calls Trump a narcissist, but he does not fit that list of symptoms nearly as perfectly as Comey. No narcissist could or would withstand the 24/7 personal attacks hurled at Trump every single day since he announced his candidacy. Not one; they would be suicidal.
Trump shrugs the left's incessant vilification off like a bit of snow on his suit. Then he tweets his response, designed to inflame and inform. Trump does not lack empathy and is envious of no one. He is a successful, confident man who loves this country. He saw it going down the drain thanks to the progressive left, so he threw his hat in the ring. He won, despite the secret strategies of Comey and his pals to see that he would not, because a majority of Americans agree with him: the left is in the business of destroying America as founded and has been phenomenally successful to that end. Someone from outside D.C. needed to step in and save us.

The intolerant progressives have virtually criminalized Christianity and Judaism while protecting Islam. Even left-wing Jews are now openly anti-Semitic. Progressives have been largely successful in outlawing the scientific notion of gender to embrace the sheer moonbattery of the “fluid gender” crowd. So besieged with the desperate plight of LGBT persons, Millennials actually think they make up 40% of our population when they are only about 4.5%. For an even tinier percentage of people, elementary school bathrooms must be open to anyone and everyone, even men pretending to be women.

Education, K-12 and university, is now all about, only about, indoctrination. Dead white males like Shakespeare, Dickens, and Twain are verboten. Anyone who thinks his son or daughter will become educated on any university campus (except Hillsdale and a few others) is sadly misguided. These offspring will return from college spouting all the race, class, gender, and climate change nonsense that is the stuff of “education” today. They will have learned nothing but contempt for all those people who do not agree with their newfound, professor-inculcated intellectual superiority.

Our mainstream media are an arm of the Democrat-progressive (socialist) party. Our entertainment industry is as well. We are living in a tyranny, a dictatorship eerily similar to Orwell's dystopian 1984. No freedom of speech. Words no longer mean what they used to mean.

Hillary Clinton belongs in prison for her many, many crimes over the past thirty years, but she remains confident that she will never be charged with any crime. Comey, Brennan, McCabe, Strzok, Page, Yates, Rosenstein, and others all colluded to prevent Trump from winning the presidency, and to do so, they created out of whole cloth a tale of “collusion with Russia.” They covered up Clinton's many crimes.

These people do not value the Constitution, truth, the law, or honor, yet Comey wrote all about his “Higher Loyalty.” What a crock! Over the eight years of the Obama administration, the FBI, CIA, DOJ, and IRS became weapons of political power in order to destroy the Republican Party. James Comey has been a charter member and prime mover in this “progressive” shift toward fascism in America. He is a menace, along with his partners in crime, to American society.