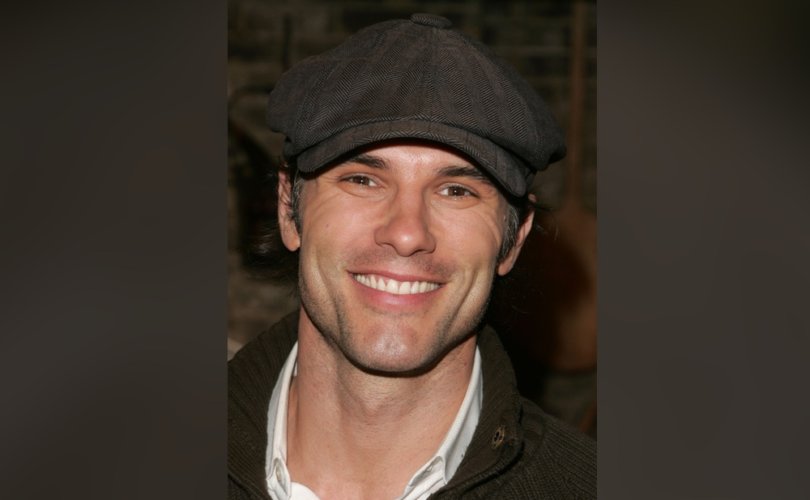 (LifeSiteNews) – The world is insane. The world has always been insane.

I now realize how deep the insanity goes. An endless pit of stupid insanity. All along I thought I was visiting the asylum, pitying the poor souls around me that couldn’t live in reality, only to find out that I’ve been eating the checkers on the board, thinking they were potato chips.

How about that for an introduction?

Some time ago I journeyed with a friend to Harrisburg to join my first state March for Life. It was exciting and wonderful to see so many people fighting for a just cause and it was equally wonderful to be a part of something so purposeful. The sun was shining and the temperature was perfect. It couldn’t have been a more beautiful day. For the two of us, as men, our expectation was simply to push forward the awareness of the sanctity of life and fight for what is right.

As we walked around the Capitol building, taking in the vibes, hearing the loud pro-life chants, my friend and I experienced something simultaneously. Our reaction was visceral and immediate, and without looking at each other, we mumbled and sighed.

As we walked, to our right a group of teenage girls posed for a picture with a bishop.

What in the world is wrong with that?, you may ask.

I can only say what we saw.

A group of young women flanking the bishop were wearing what looked like a Party City Halloween version of a Catholic school uniform. Again, you may ask, What’s wrong with that? Why did you react so strongly?

Because we’re men. And my mind immediately accessed thoughts about rock video stereotypes. I hope that’s clear enough because I don’t think it’s appropriate or prudent to go into visual details.

Because we’re men who are desperately doing our best to take our faith seriously and truly desire to grow in holiness.

This is the main reason we were at the march in the first place. I would much rather not have to deal with temptation at a pro-life march – or anywhere else. Since becoming a Catholic I have become increasingly sensitive and aware of the responsibility I have for my thoughts, my meditations, the images I focus on.

Kind of like, Oh, wait a minute? You mean, if I willingly, seriously entertain sinful thoughts and images, that’s a mortal sin and if I’m unrepentant, that may take me to Hell?

Let me slow down. I think it’s important to give some personal context.

I worked in the fashion industry as a model for eight years and with that comes a very specific culture: the seasonal fashion year. It’s the insanely hedonistic ape version of the liturgical year, which includes Miami’s South Beach during the winter months. The entire fashion industry descends upon 15 blocks of Ocean Drive, which leads to the highest concentration of attractive people you’d ever seen. With that comes a collection of cultures and practices. One of them is the European minimalist idea of a bathing suit.

Why might that be important? I wasn’t raised in the Church and in faith, but grew up and lived in the world of hedonism, Hollywood!

I was raised in a lustful environment. So, I’m not ignorant of what it’s like to be exposed to immodesty. And working as an actor and model, showing one’s body was like breathing. It’s normal and I became numb and a slave to that normal, lustful state. I have to confess writing this conjures up fear. I’m aware of the hypocrisy and my own weakness.

But, I’m a bit compulsive and feel compelled to shine light on the big, fat, grey elephant in the room, despite my own short comings. I’m simply standing in the room pointing it out. If you hang with me, I’d like to give a couple more examples I recently experienced.

This past year, I was at a pro-life dinner and it was hopeful seeing so many young people present for the event. It was also impossible not to notice the immodest manner in which many were dressed, as they mingled among the priests and nuns.

I thought to myself, “Isn’t this one of the foundational factors that leads to the reason we’re here in the first place?” Immodesty leads to sexual immorality, which leads to abortion. Is this rocket science?

The other night I went to a carnival at a local parish – you know, one of the cookie cutter carnivals that travels around, in which the majority of the rides consist of some kind of spinning, with AC/DC’s Thunderstruck blasting, and you feel like throwing up because you just ate a nasty corn dog minutes before. And at the end of the night you look in your wallet and try to figure out how in the world you spent so much on so little.

My wife and I we there with our kids and we were struck by the manner of dress of 95% of women of all ages. I’m not sure the shorts and tops could’ve been smaller.

I don’t want to judge, and like I said, I’m walking a thin line here because I know my history. I don’t want to come across as “holier than though,” or prudish, judgmental, or, especially, hypocritical.

I’m not interested in having to remove the telephone pole out of my eye. But can we talk about the fat elephant or should we just ignore it and hope it doesn’t squash us?

These events had two things in common: they were hosted and attended by Catholics. And the more I learn about my faith and try to grow in my faith, the more I’m seeing just how insane the world actually is. How the majority of us seem to be interested in only going along to get along, regardless of how society changes, regardless of how destructive the propaganda machines messaging is.

I’m not a priest. I have no authority and I can’t judge.

I’m also not advocating wearing curtains or dressing like we’re part of some cult that’s waiting for aliens to take us home. I come from Hollywood and the fashion industry, for goodness’ sake.

Immodesty has become so commonplace and, like me in my pre-Christian, hedonistic days, people have become so numb to it.

Immodesty leads to many of the issues we find our culture deeply suffering from. We’ve been indoctrinated with the belief that we should pursue our own happiness and be able to do anything we want, whenever we want – especially when it comes to our bodies.

Should we be surprised by the slogan, “My body, my choice”? Are we surprised by a world that literally has no idea what a woman or a man is?

Insanity is now normal. What’s the answer? I’m not an elephant tamer but, I have an idea.

How about we take responsibility? How about we return to basics and find out exactly what our faith says?

We must make a commitment to be Christians who want to follow Christ and want to be in Christ. And in order to be in Christ we must be in His Church and adhere to His teachings, taught by His Church, which He established.

That is what our commitments should be based on – not modernistic, sociological pop culture propagating a new theology (as if there was something wrong with the Church’s teaching on faith and morals for the past 2,000 years).

Live the sacraments, which are the medicine of grace for this disgusting disease called sin.

I’m just an actor and model. What do I know?

I do know that right now, I kind of feel like Jerry Maguire before and after writing his mission statement. Or maybe I should just look at you and say, “pass the checkers and dip.”